One of the worst things about working at a bank (and there are many) is that you can be having your best year ever. And then some drunk in another part of the firm will blow sky-high and vaporize the bonus pool for the entire firm.

That happened recently, with a couple of prime brokerage shops.

I’m talking about the hedge fund/family office unwind that occurred on Friday, where a dozen or so huge block trades in individual stocks hit the market.

The fund sustained losses… the margin was swallowed up… and, in order to prevent further losses, the prime brokers liquidated the positions via a series of block trades.

A handful of banks sustained billions in losses.

Lots of people don’t understand how equity swaps work—now is not really the right time for an explainer on that. All you need to know is that you can obtain increased leverage on a single stock position (or a basket of stocks) with minimal reporting requirements.

A swap provides anonymity. We know Archegos' name because the trades blew up.

What this really comes down to is the credit and risk decisions that were being made within the prime brokers.

Allowing a single hedge fund to accumulate positions in the billions on swap seems… unwise. Especially since funds can have more than one prime broker, and you don’t know what kind of trades they’re putting on somewhere else.

Swaps are a funding trade. A bank earns money on swaps via a spread between the floating interest rate received on the swap from the hedge fund and the rate that the bank funds itself in the market.

The more that a prime broker can increase its balances, the more money it will earn. You don’t make money by not doing business.

It’s kind of interesting that Archegos took a digger with the stock market near all-time highs.

A lot of smart people I talk to are confident that there is never one cockroach. I disagree.

I assure you that, this past Monday morning, PBs were hard at work raising margin requirements on all their (other) existing swap positions.

Remember, the market is self-correcting. The best time to fly on an airplane is after a major crash.

A lot of people think that bull markets end on valuation.

Bull markets do not end on valuation. Bull markets end when one large, leveraged player gets taken out of the market. We call this person the marginal buyer.

In this case, I would say the large, leveraged player is Softbank. But Archegos was quite large and was also mimicking many of Softbank’s trades.

If I’m going to draw any larger conclusions here, I’m going to say that a big, dumb family office that was buying billions of dollars' worth of tech, telecom, and media stocks might have been that large, leveraged player. 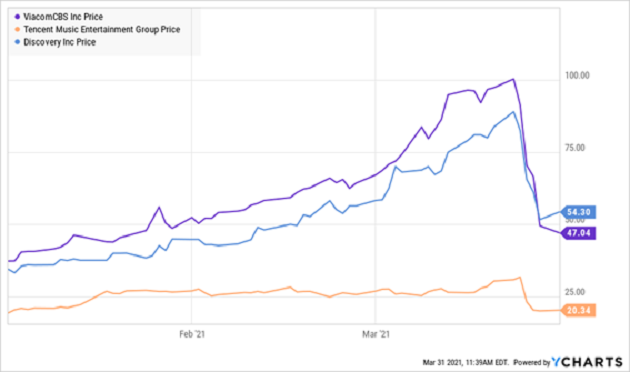 Without going into detail, there was a similar large, leveraged player at Lehman Brothers in the mid 2000s, speculating in homebuilder stocks. This entity was buying massive amounts of call options on homebuilders and rolling them up.

All it took was a 10% drawdown, and that was the end of the line for the fund.

If you recall, the homebuilder stocks peaked way before anything else, and were already down quite a bit from the highs by the time the banks ran into trouble.

Nobody has really picked up on this yet—everyone is focused on the risk management at the PBs and the drama surrounding the block trades. The bigger picture is that this large, leveraged hedge fund could be the canary in the coal mine.

I didn’t own any of the affected stocks—then or now—and it’s unlikely that I would have. I don’t traffic in those sorts of names.

Typically when something goes kablooey on Wall Street, people turn to each other and ask, “Who’s next?” I can tell you that if the Softbank portfolio has to be unwound, it is going to be messy. And that is an understatement.

I have been working in the business since 1999, and yet I still continue to see new things all the time. If banks were willing to extend Archegos that kind of leverage, it is safe to assume they extended similar amounts of leverage to other clients. Their challenge now is to de-risk without causing any further accidents.

I still like my value stocks. You're not going to see those get blown up in a block trade.