But Interstellar had a pretty bleak vision for Earth’s future: oxygen disappears from the atmosphere, causing blight among several different crops and plant species to go extinct. The only thing left is corn, which is pretty much all people eat. Hence, Matthew McConaughey travels across the universe to find a new planet.

My number three favorite movie of all time: 12 Monkeys.

Bruce Willis travels back in time from a post-apocalyptic future to figure out how the virus got loose that killed off most of humanity. The picture below is of Philadelphia in the future, though it’s telling that all they had to do to get the post-apocalyptic look right was to film Philadelphia in the present, in 1995. Also starring Brad Pitt, and the terrific Madeleine Stowe. 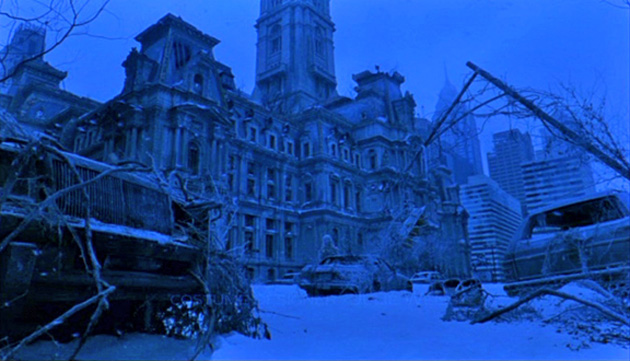 Speaking of Brad Pitt (and this isn’t a sci-fi movie), how about Seven, a movie about a bizarre series of killings in dirty, dangerous New York? People thought that crime like that was going to continue forever, that the city was so dangerous, you couldn’t even walk down the street.

Or how about Looper, where people are reduced to transacting in silver and gold; Gattaca, where eugenics is employed across the population; Children of Men, where people stop reproducing; Blade Runner, where killer androids have escaped; and Rollerball, where corporations have taken over the globe?

Has any of this stuff ever happened?

Here’s how people predict the future. They look at the past and present, and extrapolate. Interstellar doesn’t explicitly say that global warming caused crops to perish, but you can put two and two together. People believe that temperatures rose in the past, so they will rise in the future.

When Seven was made in 1995, crime had already peaked and was dropping, but people took the past (huge amounts of crime) and extrapolated it into the future (even more crime).  That is what happens with all of these movies—they take the greatest fear in the public consciousness at the time—and create a vision for the future where it comes true.

Two points make a line, and then you just extend the line out into the future.

That makes for pretty bad forecasting, especially when it comes to economics.

I thought of this the other day as I was writing The Daily Dirtnap. I was thinking back to one of my favorite childhood books: Noonan. 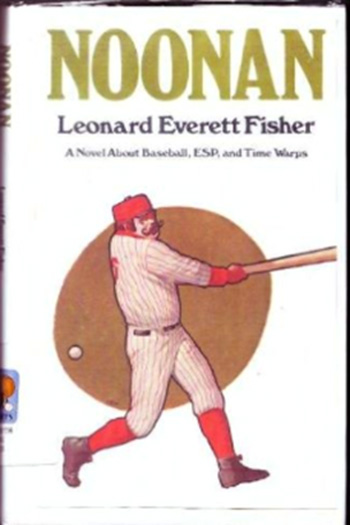 Noonan was written in 1978, about a pitcher with psychokinesis. There is also some time travel involved. Much of the book takes place in 1996, where there are riots about oil prices! 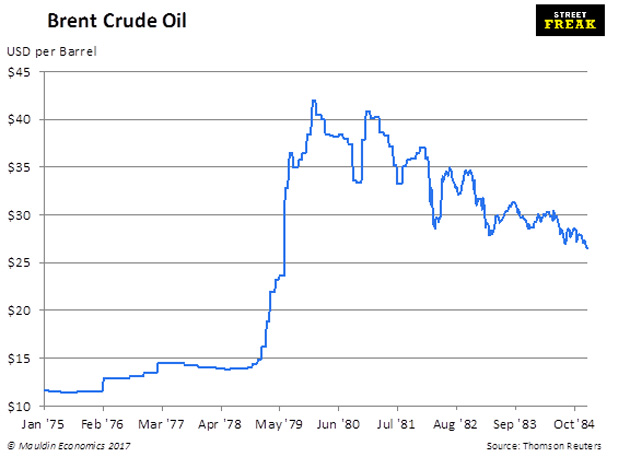 A Couple of Points Here

Things will probably be great!

I remember watching NBC Nightly News two years ago at the dinner table with my wife, watching the devastating drought in California on a daily basis. People were talking openly about the possibility that California would someday be a desert, that agriculture would disappear. Now? 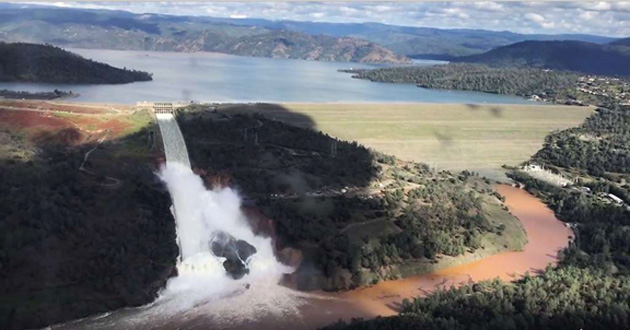 Let’s think of some trends that people are extrapolating out into the future:

You get the picture. All of these trends are square in the public consciousness. If you asked the man on the street—sure, drug addiction is going to get worse. Sure, health care will just keep getting more expensive. Sure, there are going to be more Trumps and Le Pens. It makes sense, because you take two points, draw a line, and…

None of these things ever play out, because economics, politics, and culture are all self-correcting. The cure for high prices is high prices. What happened when oil spent years at $100/barrel? People figured out new places to drill for it. And then we had more oil, and prices came down.

And just at the moment you think the trend can’t get any worse, is the moment that the trend is at the front of public consciousness—which inevitably marks the end of the trend.

If you want the best contrary indicator to markets, to culture, to life, look no further than science fiction movies. They take a fear about the future, extrapolate it, and magnify it. And it never comes true.

Nexus Lounge on the corner of 1st and 1st, next Thursday, February 23, 8pm–12pm. Would love to see you there.

Googling “predicted disasters that happened” mostly gets predictions that haven’t happened yet. The search turned up a false prediction, the Y2K scare, when it was supposed that software only stored years as two digits, with disaster predicted when 99 changed to 00. I had to draw on my memory of history for a case where a fear came true, eventually - fears in Victorian Britain that the British empire would collapse. From saylor.org, a site for legacy educational course material,

“But though this empire was powerful, it was also under threat. The optimism of the early 19th century fades into a fear of collapse, decay and invasion at the end of the Victorian period.” https://legacy.saylor.org/engl410/Unit04/

Empires, regimes and organisms self-correct, until they don’t. Commodity prices are different, they are exactly what markets are great at correcting. There’s a lot in between, where quite possibly the tendency to self-correct is under-estimated. It might be like “tiger stripes”, where the costs of being fearful and not being fearful are asymmetric.

On the subject of art tapping into fears, googling “victorians feared collapse of empire” got a few results about Bram Stoker’s “Dracula”.

I also found a list of ten sci-fi movies that predicted the future http://screenrant.com/best-sci-fi-movies-predicted-future/?view=all . It starts with 10. Minority Report. Terminator is #9, not for robots in human form, but for killer aerial drones. WarGames predicted hacking into the Pentagon, now the government is asking people with good intentions to hack the Pentagon to test security. Other movie predictions were benign, like the body scanner in Total Recall.

“The market can remain irrational longer than you can remain solvent.” - Keynes

Sure, everything might revert to mean, but we only live about 80 years on average. That limit frames so many things, and fallacies, that one wonders why it doesn’t frame all our thinking.

I became politically conscious in about 1980, and most everything you mention in your bullet list got worse,confirming the prognostications, not refuting them.  An example, the greenhouse theory is 200 years old!  Sure there’s a limit, but our lifetimes are so short.  So for us, the trend can shoot right through the asymptote we imagined coming before our deaths.  You may want to read that again or chart it.

Having a mother who grew up in Nazi Germany, I can confirm that the Black Swan is always out there.  Ignoring that can be fatal, remember the St. Louis?  But what the heck, it is a more probable guess that the earth will get healthier.  But will you be here to see it?

Economically, I see a lake covered with thin ice.  Everyone’s saying it’s getting solid and ready to skate on.  Then comes a warm rain, and everything changes overnight. The world is rattled with uncertainty, and it won’t take much to tip the trend.  If it were thick ice, I would not be saying this.  But until the debt overhang is in proportion to national income, sustained economic growth is unlikely.  And if strong, sustained growth does happen, it’s likely just creating a bigger debt mountain and the potential for another avalanche.

I can predict with near certainty that a snow avalanche will occur somewhere this winter, just ask the Italians. The long term future isn’t as hard to predict as people would like to believe.  It’s intermediate forecasting that has the issues.  Example, population growth is exactly as predicted a generation ago.  The people who were right are all dead now and they wouldn’t be celebrating anyway.  On the other hand, super short term forecasting is easy just ask the flash traders predicting microseconds.  Or predict what the bullet will do when it’s 1 nanosecond from your head.

Favorite song right now,  ‘I Gotta Get Outta Here’.  It’s the same song I sang in 2007 when I lost 1%.  Couldn’t feel the pea under my mattress for about a year, if you get my allusion.

The trend is your friend, but we always have to look where we’re going. Living your whole life in hurricane alley and doing nothing to mitigate your risk is clearly a recipe for pain.

In his book “Defying Hitler” Sebastian Haffner details what it was like in Germany from the days when the family would take all their earnings quickly to the markets to spend it before it lost more value to the days when Hitler rose to power and then the point where it was no longer safe to oppose Hitler. Personally I am shocked by how quickly intelligent people are ready to deal with Mr. T as if it were all business as usual. Of course I will have to agree that “too much Trump” will be the cure for Trump, but that may take longer than most people think.
We understand the meaning of the phrase “moral hazard” but when the structure of our economy is such that there is no limit to who might go to jail if laws were enforced after the housing market collapsed, we seem to be unwilling to take only token actions to enforce the laws.
And yet, I meet good human beings everywhere. Are we all living in the realm of “banal evil” already?

Your analogy of the price of oil was a very bad choice….... for someone who’s supposed to be finance aware, how could you have possibly missed the mess the oil companies are in?

There may not be riots in the streets soon, but there might be riots over NO FUEL AT ALL….

I enjoy reading your column.  This week you mentioned ‘climate’.

I have a strong background in the hard sciences. Before I retired I worked in Metrology (at Lockheed Martin). So I’m familiar with the shenanigans the media is using to sell ads by scaring the public.

So please just relax, and look at the following charts. Because they give the *real* picture.

The first 2 charts below were made using NASA’s own, unadjusted data:

This next chart shows global temperature anomalies (anomaly = a change from the long term or trend average):

(Note that all the significant changes are in the yearly ‘Lows’ (the low temperatures), while the ‘Highs’ (annual high temps) have remained extremely flat. And as we know cold kills, while warmth is beneficial to the biosphere.)

Here’s a chart showing the past century’s U.S. monthly maximum and minimum temperatures:

And this is the U.S. temperature record, showing that record high temperatures are steadily declining:

For comparison, here is a chart of our current Holocene (the past ≈10,700 years). Note the large fluctuations in global temperatures that happened before human emissions were a factor:

Next, this chart shows that past CO2 (“carbon”) levels were ≈20X higher than now—without ever causing runaway global warming. Or any global warming, for that matter:

Finally, here’s a chart from Wikipedia, showing global temperatures and CO2 levels over the past 740,000 years. Note that changes in CO2 always FOLLOW changes in temperature::

Draw your own conclusions…

...and keep relaxing; the ‘carbon’ scare is a false alarm, intended to pave the way for a carbon tax.

But if you can’t relax, this may be of some help:

Um, it would be a lack of CO2 that would cause plants to die, not oxygen.  They expel oxygen.