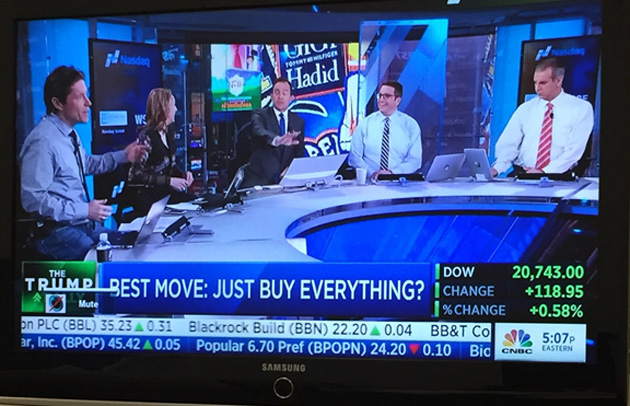 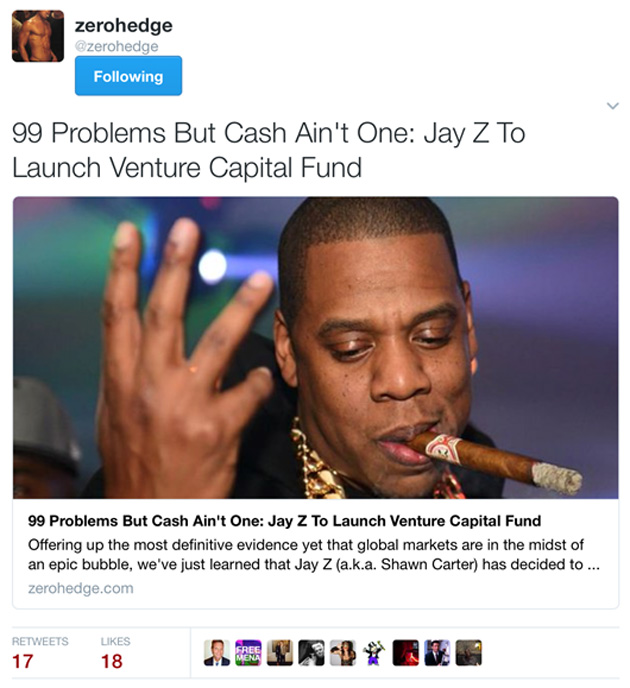 Throw down one more shot for good measure, seen from a Toronto subway: 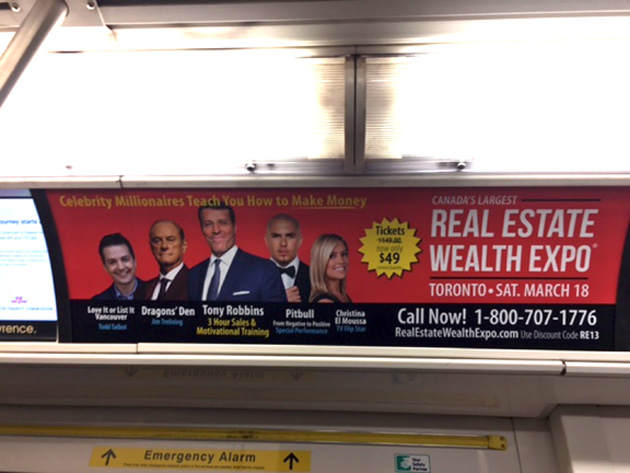 That’s the Toronto Real Estate Wealth Expo, where you can get advice on how to get rich, rich, rich from Tony Robbins… and Pitbull.

Now, you’ve probably noticed that I am not one of these harebrained idiots trying to short the market on every uptick. I haven’t really been cheerleading it either. I simply acknowledge that the trend is higher.

Not that I have anything against CNBC. Or Jay Z. CNBC has been dumb and right before. And Jay Z could be a genius for all I know. But usually when musicians and celebrities start getting involved in markets, all hell breaks loose. Like the time when will.i.am was named Chief Creative Officer of 3D Systems. 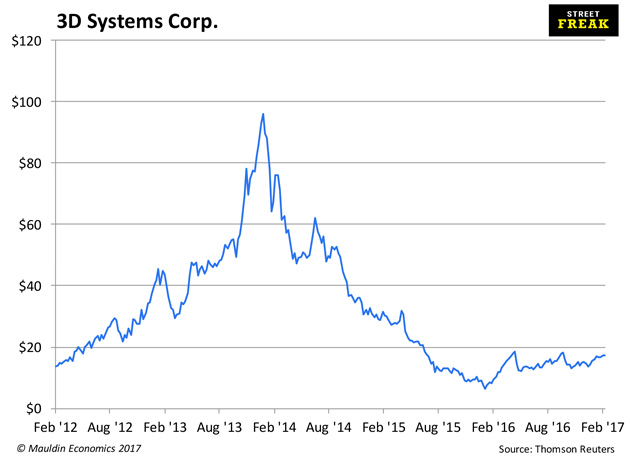 Yup, you guessed it.

For a sentiment jockey like me, this is gold. Some people might take that to mean to run out and short a bunch of stocks, or buy a bunch of S&P puts, or short Emini futures, or something drastic.

All I’m saying is that the first beer bottle has been thrown against the wall. It is probably time to consider leaving the party. Which probably means the market has at least another 10% upside.

So what could make the market go down?

Beats the hell out of me.

Sentiment doesn’t tell you why the stock market will turn. What it tells you is when it’s close to turning.

Now, what does “close” mean?

A general rule of thumb is that investment booms go on much longer than you think they do. I thought sentiment in Canada was frothy three years ago. Since then, people have gone stark raving mad. People thought tech stocks were overvalued in 1996. That was a painful four years. And by the way, if you “left the party” in 1996, missing the bear market was small consolation. You still underperformed.

One of the realities of investing is that it’s hard to be uninvested or underinvested. The latest fad is to be max invested all the time, but that’s a philosophical issue we won’t discuss here. We’re filthy market-timers, remember.

Market-timing gets a bad name, and it sort of implies that you’re constantly trading, but the reality is, if you can catch one or two big turns in your investing lifetime, it makes a world of difference.

Stocks were generationally overpriced in 2000 and generationally underpriced in 2009. If you tweaked your allocation to equities even just slightly in either case, cutting exposure in 2000 or increasing it in 2009, you’re a hero. You didn’t even have to get it exactly right. Anything within a year is good.

But it is the nature of human beings to be excited by higher prices and turned off by lower prices.

I do have one very good friend from a previous life, one of the most successful retail investors I have ever known. He is wired the opposite way—he gets excited by lower prices and turned off by higher prices. He saw GE at 6 bucks in 2009 and shoved1 all-in.

Stocks Are Expensive. And Overbought.

And they can get even more expensive and overbought. Is this going to turn into another dot-com bubble? I doubt it.

Whatever big decisions you make with your portfolio, it is usually a good idea to make them gradually and average into positions over time. Let’s say you have a 70% allocation to stocks. At this point, it might be wise to go to a 60% allocation in stocks. If the market continues higher, take the allocation down a little further.

People tend to do things all at once. “I’m out!” they say, yanking their money out of the market with the push of a button. Then they watch helplessly as Dow 20,000 turns into Dow 30,000. If you are going to make a mistake, it is best to keep it small.

The other advantage to doing things gradually is that you get feedback over time. If you cut your allocation by 10%, and the market drops suddenly, and volatility spikes, and there is a whiff of crisis, chances are you were right, and you should accelerate your selling program.

Here’s the thing, though: I’m not even all that sure this is one of those moments where stocks are generationally overpriced.

I don’t think this is going to be one of those awful 1932/1974/2002/2009 bear markets, absent any exogenous events. Let’s say the market drops 20%—which, granted, is a big move, and it would cause panic. It’s probably not worth trying to trade around it. Just keep your powder dry and buy on the way down.

I have a better understanding of different asset classes and correlation and such, but ultimately, I am just trying to save for my retirement2, just like you.

You could sit around and think about these things, and be a portfolio manager, and struggle with these issues, or you could just naively put it in an index fund and not worry about it.

Unless 2009 happened all over again. Then you would worry about it.

Come on down to Nexus Lounge at the corner of 1st and 1st at 8pm. Meet other 10th Man and The Daily Dirtnap subscribers. I’ll be up in the booth, slaying you with progressive techno. See you there. 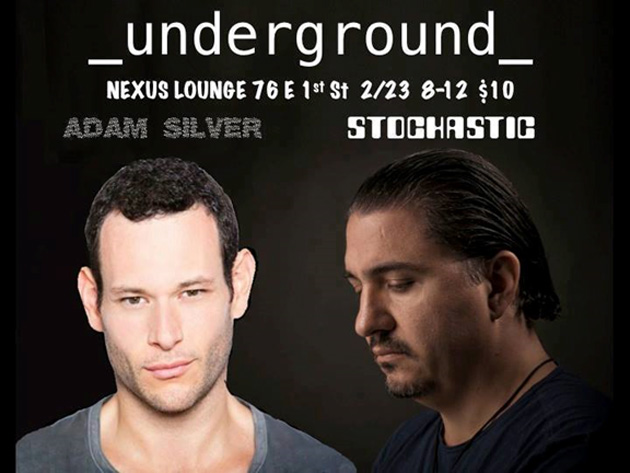