You are probably aware that everything has been politicized in this country. People are hypersensitive to it.

You can’t talk about anything without getting into an argument about politics these days. Good luck on Thanksgiving!

What if it didn’t have to be that way? In fact, what if things were about to get… better?

I firmly believe that we have reached an inflection point in political polarization, and going forward, things will get better—slowly—over a very long period of time. I call this The Great Moderation.

We voted for it, actually—though, purely by accident. We voted for divided government. It’s almost as if people’s subconscious desires were expressed at the voting booth for the benefit of us all.

In the last six months, things got so bad that we had left/right battles in the street. People actually got killed. The polarization peaked with a blowoff top in gun stocks. 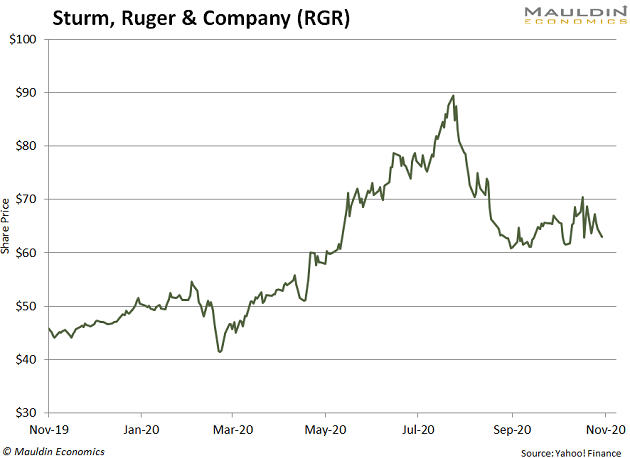 A rational, legitimate reason to vote to re-elect Donald Trump was the fear that Biden would be powerless to stop the hordes of far-left Democrats from taking over the machinery of government and turning the US into a socialist paradise.

I suspect that is why many people pulled the lever for Trump.

Though it is still early, there is no indication that will happen—yet. Biden’s proposed Cabinet appointees are on the moderate side of moderate, like Heidi Heitkamp, Meg Whitman, Doug Jones, and Pete Buttigieg. Biden is conspicuously not nominating Elizabeth Warren as Treasury Secretary.

There are calls on the left for Biden to issue an Executive Order forgiving $50K worth of student loans for every borrower in the country. No word out of Biden yet on that, but my guess is he will resist the impulse, knowing that it would energize the right.

Besides, if student loan forgiveness is such a good, bipartisan idea, then Congress should be able to pass it.

What were the two best decades for stock market performance? 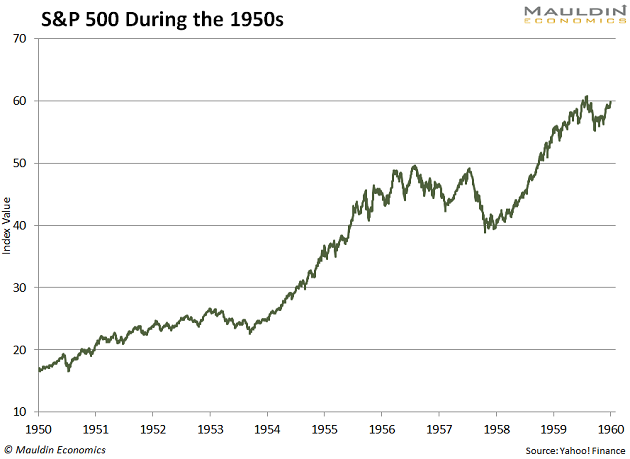 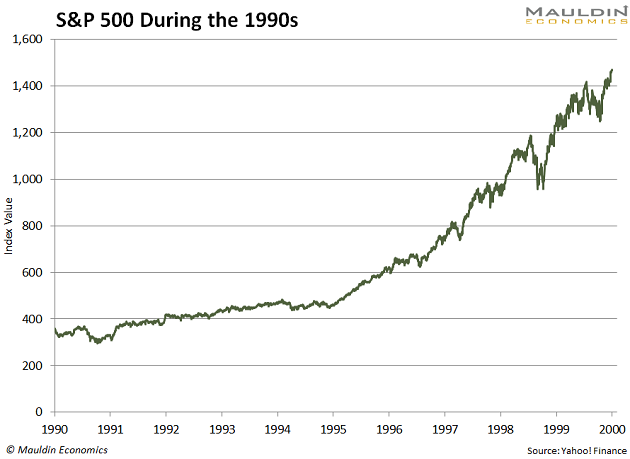 These were also times of political moderation.

Of all the stock market calls to make, that was one of the easier ones—that stocks would go higher after the election, after the uncertainty had lifted.

Don’t get me wrong—there’s going to be plenty of partisanship over the next four years. And we’ll see hundreds of millions of dollars poured into the runoff races for Georgia’s US Senate seats.

But I can safely predict we’ll never have another Supreme Court nomination like Brett Kavanaugh’s—ever again. We’ll step back from the partisanship, and toward civility.

All of this is extremely bullish for asset prices. From a technical standpoint, tax hikes will be frustrated by the Republicans on partisan grounds, but the two parties will find agreement on spending. Lots of spending, no tax hikes—the ideal environment for stocks.

But from a social mood standpoint, we’ll have far less drama in politics, and more stable, predictable policy—which is also good for the stock market. Companies don’t hire and invest unless they can plan.

Even with a 50/50 Senate, it is unlikely that taxes would go up much—and the tax reform would probably look nothing like Biden’s initial plan.

It Doesn’t Mean That Everything Is Fixed

It doesn’t mean that everything is fixed. This country is still royally screwed up. We have an unsustainable amount of debt, which shows absolutely no sign of getting better. We have a lunatic monetary policy. We are in terrible financial shape.

And, as I said in a previous issue, if you wanted to bet on things in America getting worse, you would actually buy stocks.

Someday we will care again about fiscal responsibility, I assure you. Everything runs in cycles. Of course, by then, it will be too late. And when we reach that particular inflection point, everything is going to change.

But for now, the election is over, we have vaccines, and we have potentially unlimited amounts of stimulus.

I encourage you to not get too hung up on valuation. Valuation matters… sometimes. And sometimes it does not. Besides, there are plenty of cheap stocks to buy, and those are the ones that are going up.

One day, we’ll look back at the late 2010s with some mixture of horror and disbelief. It will take time. People have spent the last 10 years learning how to fight. They will have to learn how to do something else instead.

Finally, I’ve been busy in the studio—please check out my latest mixes, Object of Affection and Definition.

Knowing When to Sell