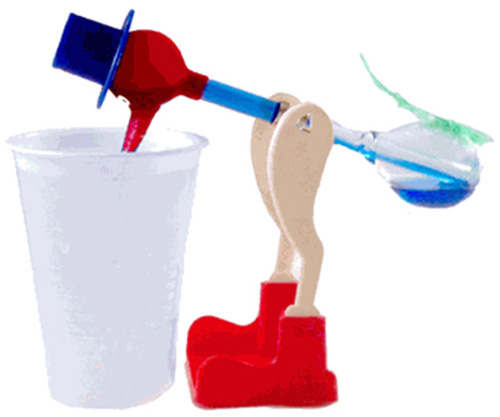 The Incredible Drinking Bird is sort of a perpetual motion machine—it has a felt beak that dips in a glass of water, and then some chemical stuff happens in that bowl in the tail as the water evaporates and the bird tips over again.

I had a colleague at Lehman Brothers who joked that the French banks got The Incredible Drinking Bird to hit the “sell vol” key on their keyboards. They just sold calls and puts on a daily basis, driving the vol into the mid-single digits. We joked that they probably booked the entire premium of the option as profit at the time of sale.

Looks like someone has The Incredible Drinking Bird out there selling vol again.

Check out this chart—there is always a bull market somewhere: 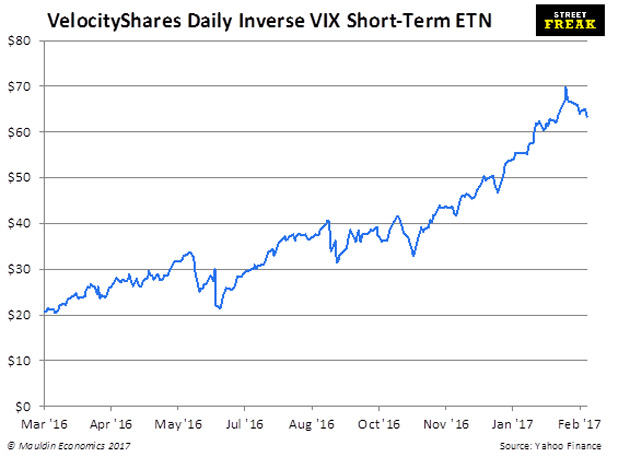 That’s the chart of the inverse VIX ETN. Yes, there is such a thing, though it only has just over $500 million in assets.

Interesting tidbit about XIV: if the VIX were to go up a lot—say, 80% in a day—then XIV would be forced to redeem. It’s happened before, nearly 10 years ago to the day.

Speaking of which, do you remember where you were on February 27, 2007?

That was the opening salvo of the financial crisis, the day when the ABX gagged and China raised reserve requirements. We went from zero to OMG in the span of an afternoon. I tell people this all the time—in my entire career, I have never seen anything that crazy. It was also the highest vol-of-vol day in history.

There were rumors going around last week about a fund getting itself into trouble by selling 1x5 upside call spreads, covering billions of delta as the market rallied. Nobody knows for sure if that’s what was driving the stock market higher, but it was a plausible theory, and it’s exactly the kind of behavior that gets people in trouble. 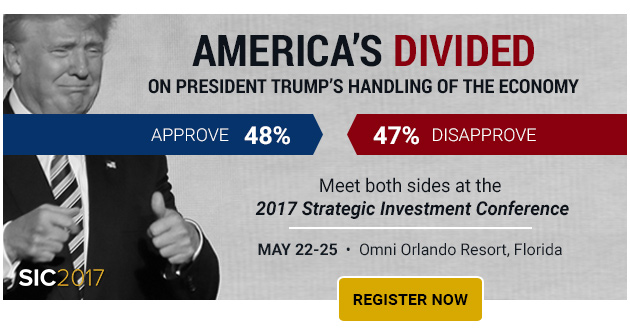 Here’s an exercise that we should all go through right now. You should stress test your portfolio. Picture some hypothetical awful situation—North Korea lobs a nuke into San Francisco, a true black swan—and try to predict how your portfolio would react in that disaster scenario.

Oftentimes, buying protection for events like this is prohibitively expensive. Not now, though—now it is about as cheap as it gets. There is no reason not to own it.

A lot of people will misinterpret me and say, “Dillian thinks something really bad is going to happen.” That is not the case at all. Really bad things are really unlikely. All I’m saying is, the cost of protecting yourself against really bad things can’t get much lower.

I have been picking up anecdotes here and there. I’m sure many of you have come home from work to watch the Nightly News, only to have your spouse observe that the Dow is making record high closes on a daily basis, are we making money?

There is an old saying on Wall Street: Buy it when you can, not when you have to. You can buy the one month puts in the S&P at a 7 vol. You have to when they’re at a 40 vol.

Not to mention common sense. If you think we are getting through four years of a Trump/Bannon administration with the market this soporific, you are nuts.

Instead of selling options, how about buying options?

I’m sure there are lots of covered call writers on this distribution. How about you stop writing covered calls? You are getting virtually nothing.

Let me rephrase that: You are trading away all the upside and getting virtually nothing in return.

I’ve talked a lot about buying downside protection, but why not buy some upside as well? I really like “right-tail” strategies in the index, like buying the long-dated 3000 strike calls in the S&P 500. It’s only about a 30% move—not all that improbable. Plus, you get all the rho.1

I know people who absolutely cannot bring themselves to buy an option. As they say, 90% of them finish out of the money.2 If nothing else, buying options is a good regret-minimization strategy. Think of it as investing in mental capital. Take a few thousand bucks and just spend it on being able to sleep soundly at night. Sounds like a good investment to me.
_____

1 Exposure to higher interest rates.
2 I have no idea if this is true.

Jared says….“There is an old saying on Wall Street: Buy it when you can, not when you have to. You can buy the one month puts in the S&P at a 7 vol. You have to when they’re at a 40 vol.”  .......  Not fair to use terms without an explanation or link to one.  I assume this is a multiple of some sort ?
BTW…there is no explanation as to the distinction between this “Discuss this window.” and the other “post a comment” window.  I don’t know which to post on, so I will do it on both possibly, if necessary to figure it out.

Many years ago, one of my Professors placed one of these drinking birds on the desk and said that the weekend assignment was to write the thermodynamic equations to explain the “Drinking Bird’s” actions.  It basically simple, the water on the wet bird’s nose evaporates and cools the head, this condenses the gas in the sealed body and pulls the liquid up the tube increasing the weight of the head and it dips its head into the water which is warmer than the nose which vaporizes the liquid in the head making it lighter.  One to three times a week, he gave up a similar problem with a common object which created an atmosphere of fear of what to expect next in the classroom much like the current market with its P/E valuations.

This article hit way too close to home.  Only about a month ago, I started selling covered calls.  It wasn’t until this article that I realized why I really decided to search for other ways to get a little extra yield.  The answer is ZIRP!  Need to rethink my strategy