I read a study once that showed that cab drivers usually go home at the end of their shift. Given the opportunity to keep driving and make more money, they almost never do. Once they put their 8 hours in, they are done and they go home.1

There are huge implications to people being lazy. And yes, I just called cab drivers lazy. I call everyone lazy. Basically, most people are wired just like the taxi drivers—they are not motivated by massive amounts of money. They simply want a nine-to-five and three squares and a roof over their head.

Of course, the “number” that everyone think they should make varies from person to person. A taxi driver might be satisfied with $40,000 a year for a 40-hour week. $80,000 a year for an 80-hour week isn’t worth it. A business broker might make $300,000 a year on fees—if he makes it in the first six months, he will probably coast the rest of the year.

This is all behavioral finance stuff, which we talk about all the time.

An economist might have a different word for it, but let’s just call it a preference for leisure time over money.

At the 2017 SIC, Matt Ridley said that the average person spends only 10% of their time actually working. What? How is that true, when you work 40 out of 168 hours in a week?

What I find absolutely incredible is that we have built the society we have built by spending only 10 percent of our lives working. Imagine if we spent 11 percent!

On a micro level, most people I know are just like the taxi drivers. Three squares and a roof over their head. Doesn’t matter the profession—even traders.

What I find super interesting are the people who don’t have a “number.” For example, I talked to a businessperson over the weekend who had received an offer of $50 million to buy his business. He turned it down. Hey look—I believe in myself, but if you offer me $50 million, I am probably going to take it, partially because I don’t have a big enough imagination of how I could spend more than $50 million.

The Instagram guys sold for a billion, which looked pretty smart back in 2012. Now: oops.

You have to sell sometime.

The Relationship Between Work and Money

I think we’ve lost track of the relationship between work and money. It’s a simple relationship: if you work, you get money. But somehow, we’ve come to believe that you can work less and earn the same amount of money.

This belief is widespread outside of Wall Street. I hear more and more stories of people who work shortened days on Friday, or maybe not at all.

As workers, we have become more and more productive, but instead of using that productivity to produce more wealth, we have used it to produce more leisure. And so we are not really any wealthier, which we profess to be unhappy about. But it is a choice.

Of course, investing is kind of a way to become wealthier without working more. I say “kind of,” because it is still work. And lots of people say they don’t have time to spend on investing. That is also a choice.

Well, you can always sub it out to me—I spend way more than 10 percent of my time on it. ETF 20/20 is as work-free (for subscribers) as it’s possible to get. You should join us! (And take Friday off.)

I am not quite like Bezos or Zuckerberg, but I have never been a nine-to-five guy. I work all the time, and I don’t generally say no to things. Years ago, I set an imaginary financial goal for myself, and sometime within the next few years I will probably blow past it—and I have no plans to scale back.

I worry about the United States sometimes. We are developing attitudes about work and wealth that are similar to folks in Europe.

And it is those selfsame attitudes that have resulted in historically low growth rates across the European continent, rates of growth that we used to snicker at over here in the States. It’s been a while since we’ve consistently printed 3-4% GDP here, and we’re not likely to attain it anytime soon.

I think what I miss most about the old America is the crass materialism—houses, cars, boats, planes, jewelry, and clothes—that people aspired to.

Now, people want “time with family.” I could not be less interested in time with family. It’s one of the reasons I like Las Vegas—not so much for the gambling, but just this big pile of things that we can spend money on.

The irony in all of this is that we have a materialistic, hard-working President who doesn’t really spend any time promoting materialism or hard work. Reagan did, and Calvin Coolidge really did. Trump wants prosperity, but like most people, doesn’t make the connection between work and money.

Hey—my party for subscribers in NYC is a week from today. It’s some people’s worst nightmare to walk into a room full of people and not know anyone. Especially a sexy club. We’re nice people! Everyone is welcome—it will be a club full of misfit toys. 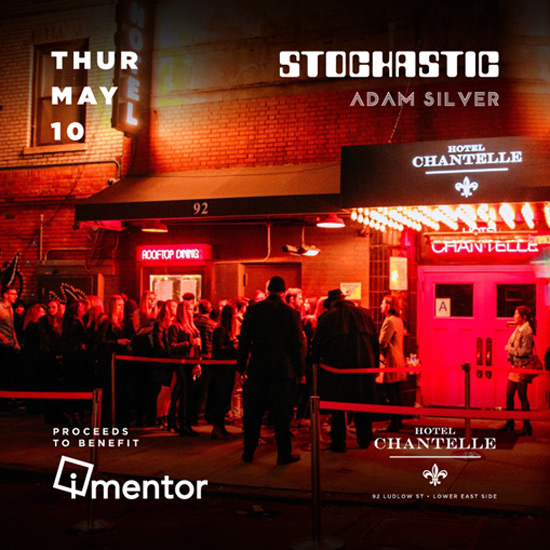 Please go here to buy tickets, the proceeds of which go to charity. See you there.
__________
1 I don’t remember where I saw this study, and the Google Machine was no help. It might have been from a Malcolm Gladwell book. Also, this was before Uber—there is some evidence that Uber drivers are working pretty hard just to stay afloat.