Though the thing is, there are a lot more professors in capital markets these days—and they are not making errors like they used to, like the guy in the picture below. 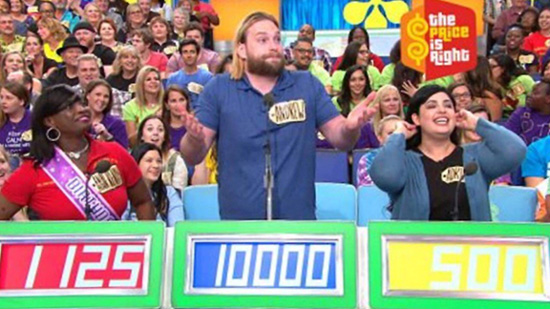 Revenge of the Quants

For years, if you worked in an investment bank, you could be a trader, a salesperson, a research analyst… or a quant. Quant was short for quantitative analyst. We had a few working in derivatives. I generally didn’t know what they were up to. They had zero impact on my business.

There isn’t much room for the knuckle-dragging trader anymore. Most of the market-making systems and risk-hedging have become automated, taking human judgment out of the equation, leaving the trader only to click buttons.

Pay has gone down accordingly. Meanwhile, the quants have built robots that make markets faster than any human could, responding in mere microseconds.

And that’s just on the sell side.

I highly recommend you read this Bloomberg News piece on Renaissance Technologies, a quant hedge fund that is probably the most successful hedge fund of all time. It’s not the biggest—they keep returning capital to investors to stay nimble—but they have had the longest streak of outrageous returns.

Renaissance hires the smartest people in the world—mathematicians, physicists, people with no connection to the capital markets whatsoever. The markets are a mere abstraction. It’s not clear whether anyone at Renaissance thinks about the point of the financial markets to begin with, to allocate money between savers and spenders—but why bother? It’s a math puzzle.

The character of the markets has definitely changed over the last 10 years. People who made their living trading suddenly find it difficult to make a living trading.

People like to blanket-blame high frequency trading (HFT), but not all quant trading is high frequency. The Renaissance guys employed a great number of signals—if you could find a relationship between rain in New York and a drop in the market, you could exploit it. The net effect of exploiting these hundreds and thousands of signals is that the market gradually, and imperceptibly, becomes more efficient.

Translation: The reason you were able to make money before is not really because you were good—it’s because you were exploiting inefficiencies, whether you realized it or not. They are all going away.

Last One Out, Turn Out the Lights

So should you just give up and let the nerds take over?

Not so fast. One of the things I always tell people about the robots is that at the end of the day, somebody has to program the robots, and that person is a fallible human being. In most cases, not a steely-eyed missile man like a sell-side ETF trader.

Carbon-based life forms are prone to all sorts of bad decision-making, and you could make the argument (which I will) that quant trading could actually make the markets less stable—and prone to large pockets of inefficiency.

I am old enough to remember the quant meltdown of ’08, one of the least-reported sensational finance stories in history. Most average investors had no idea it was going on, because the overall market was unch, but certain factors within the market were going haywire.

I have heard stories from some of the major players in the meltdown, and let me tell you, it would make a much more exciting movie than The Big Short… if anyone could understand it.

The only thing that surprises me is that we haven’t had an event like that since. I thought we might get one with all this low-volatility stock nonsense, but we seem to be having a soft landing, at least in the short term.

I will say this—you have to be a lot smarter today if you are going to swing trade in the stock market. In my mind, here are all the people who make money in the markets:

You probably saw the stats about daily fantasy sports, about how a tiny percentage of (highly sophisticated) players are taking money from all the pikers. Same is true in the stock market. It’s one of the reasons I have always had a long-term focus in my newsletters, Street Freak  and The Daily Dirtnap. I am not going to get into a fight with the robots. I am going to lose.

Anyway, if you’re considering getting a PhD, maybe try math? I don’t think the anthropology folks are getting hired by Renaissance.

The quant meltdown was August 2007.