Until about 50 years ago, people paid attention to the area where they lived. They read local papers, shopped at local merchants, and socialized at local events.

Technology ended all that. Now we get our news from the internet. We buy imported goods. We converse on social media with friends thousands of miles away.

This “globalization” process changed the world, sometimes for the better but with significant side effects. Hence, today’s dissatisfaction.

Now, technology is swinging the pendulum back. Globalization is going in reverse. And again, the process will hurt some people.

We can’t stop it, but we can minimize this pain by letting it occur gradually. Give everyone time to adapt.

President Trump doesn’t see it that way. He wants to de-globalize now, no matter the cost. 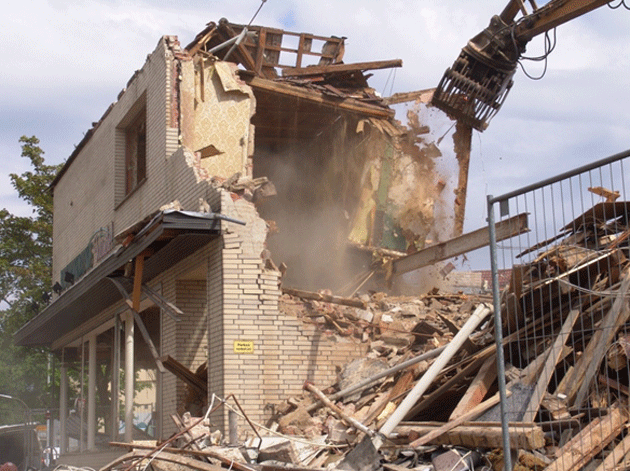 We all think Trump changed everything. He certainly changed some things, but it’s striking how many of today’s megatrends were already in motion before he took office. I wrote this in August 2016, when I thought Trump would surely lose the election.

Humanity spent the last 50 years globalizing. Now, thanks to certain technologies, that whole process is going in reverse. I think historians will mark the 2008 financial crisis as the turning point: Peak Globalization.

I don’t say this because I want a de-globalized world. What any of us want or don’t want is irrelevant. I believe the transition will happen whether any of us want it or not.

It will not happen in a linear fashion, though. The process that brought us to this point had starts, stops, and slowdowns. Reverse globalization will have ups and downs, too, but a new set of technologies will keep pushing it forward.

I didn’t anticipate that Trump would be in position to attack all things global—and particularly China—like a wrecking ball demolishes a building. As a result, this process I thought would unfold over decades is now occurring far faster.

The president’s trade war and attacks on various international institutions were big dents. But last week, he took it to another level, saying the US and Chinese economies should separate completely. 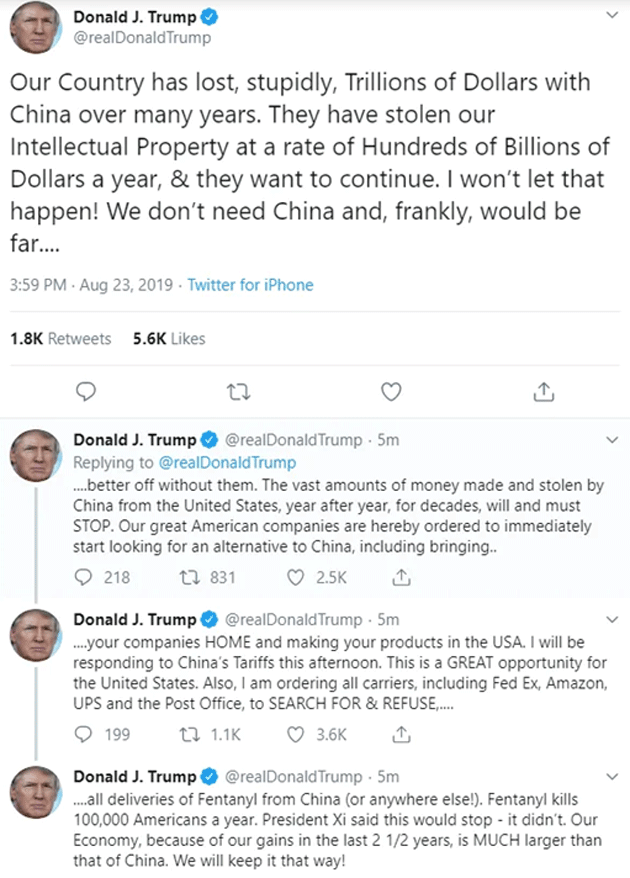 Sigh. Where to begin? I could fact-check these tweets and show how wrong he is. But let’s stick with the broader point.

As the rhetoric and tariffs escalate, it is growing clear that Trump doesn’t just want China to play fair. He wants to sever the economic relationship completely. We’re “better off without them,” he says.

In fact, he feels so strongly he orders American companies to look for alternatives to China.

Many analysts laughed off that threat. He can’t do that, they said. But what if he can?

He Has the Power

President Trump can impose tariffs (i.e., taxes) on Chinese and other imported goods because past Congresses allowed presidents to do so under certain conditions.

Trump has stretched that power far beyond what Congress intended, and he’s getting away with it. Yes, we’ve heard a few rumbles about legislation to reduce his trade authority. But it is nowhere near passing both houses.

And even if Congress passes a law ending Trump’s tariff power, Trump can veto it. Overriding his veto requires a two-thirds vote in both House and Senate—unlikely as long as a few Republicans stick with him.

Court challenges might stop him, but that would take time and courts might just say it’s up to Congress. Which, as noted, is hopelessly gridlocked. 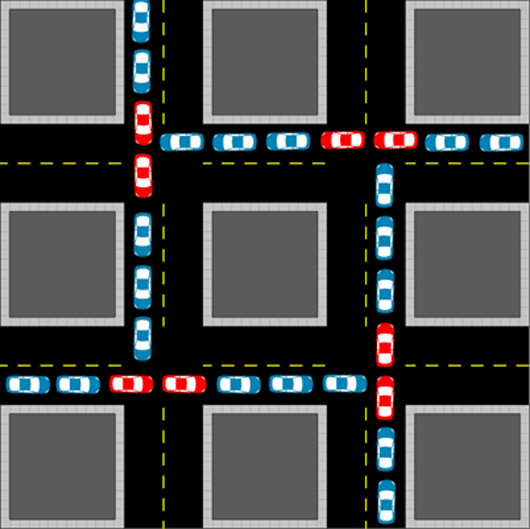 When Trump tells US companies to abandon China, it’s not an empty threat. He has a way to force their compliance. He can make Chinese imports so expensive they have no choice.

This would, of course, quickly plunge the US economy into recession. Factories that depend on Chinese components would shut down and lay off their workers.

It would be bad… but I’m not sure it would make Trump back down. Nothing binds people together like shared adversity.

We see this already. Many farmers still support Trump even as his policies hurt them. Combine that with Trump’s ability to scapegoat others (hello, Jerome Powell), and I’m dubious even a deep recession would cost him much support.

Trump is president right now because he understands ordinal preference. He believes (correctly, I think) he doesn’t need to be everyone’s ideal. He just has to convince them the alternative is worse.

So, by the time Trump gets through demonizing whoever the Democrats nominate, even the Republican business owners whom his policies are devastating will hold their noses and support him, with both votes and donations.

He might still lose the election. But until then, he will keep doing whatever he thinks maximizes his side’s turnout. Attacking China seems to be high on the list.

I don’t see this getting better. I think it will get much worse.

But in the bigger picture, in the last few months globalization has gone from “unhealthy” to “critically ill.” The US-China trade relationship is its heart, and the pulse is slowing fast.

Major, epic economic change is happening before our eyes at an unnatural speed.