The House appears likely to impeach President Trump. The Senate will then decide if he stays in office.

This will have many consequences… including to the US-China trade war.

I’ve said since last year that the trade war is irresolvable. The so-called “Phase 1” deal they are now discussing will probably (if it even happens) ignore the most important issues, and either side could abandon it quickly.

However, that might change if someone else becomes president. The odds are low but not zero. So let’s consider what the impact could be. 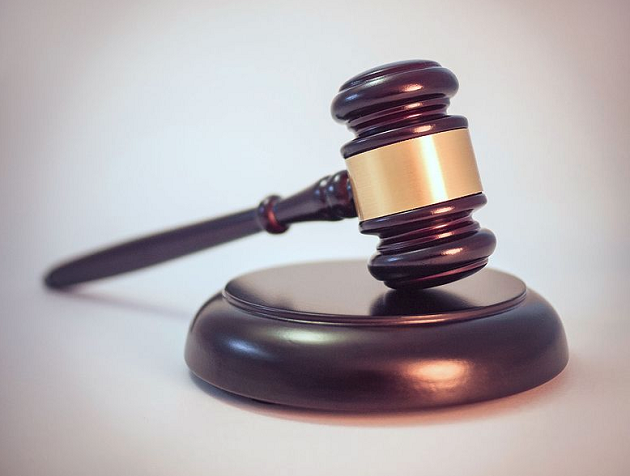 Tariffs on Chinese imports get the most attention, but far worse is the uncertainty surrounding them.

What they have instead is constant confusion: who tariffs will hit next, how hard they will hit, and how long they will last.

That uncertainty isn’t accidental. Trump creates it on purpose because he thinks keeping everyone confused gives him an advantage. It might work that way in a real estate deal. Not so in international trade policy, because it also confuses his own side.

We see this in business investment, which was growing nicely when Congress cut corporate taxes in late 2017. Many assumed the tax cuts would generate even more investment growth. It didn’t. 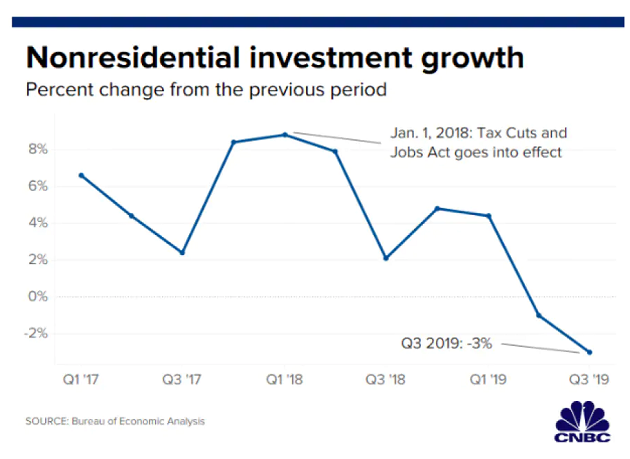 Within weeks after the tax cut took effect, the president started imposing tariffs and threatening more. The target list changed a lot, leaving businesses uncertain what to expect next.

They responded as you would expect—by delaying growth plans and capital investments. Nonresidential investment growth began to slide and, by mid-2019, was below zero.

This trend is incompatible with continued GDP growth. Worse, there isn’t much the Federal Reserve or anyone can do about it… even President Trump.

Say that Xi Jinping agrees to buy more US food products and change the policies we don’t like. Trump agrees to cancel the next round of tariffs.

Yay, it’s over! Everyone celebrate! 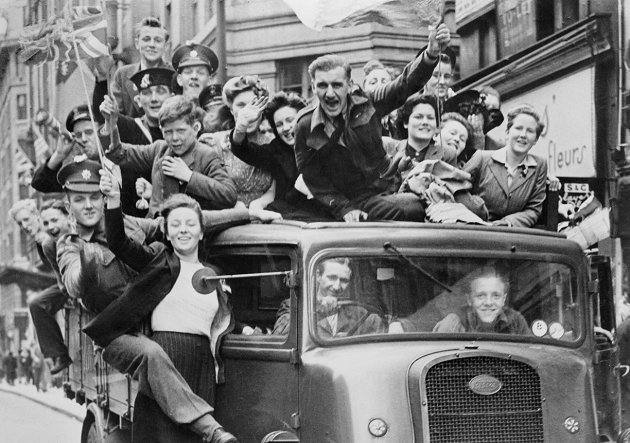 We have seen how quickly the president can change his mind. And, since he bypassed Congress to impose these tariffs in the first place, nothing stops him from reversing yet again.

Similarly, the Chinese side isn’t exactly a paragon of sincerity. Xi could also claim “misunderstanding” and back out of the deal.

So if you are a CEO or business owner, you would be pretty foolish to ramp up your growth plans just because Trump and Xi shook hands on something.

At best, you’ll wait a while to see if the deal holds… possibly a good, long while.

That’s why even the ridiculously optimistic scenario I just described won’t restore growth. Nor will it repair the damage already done or replace the missed opportunities. That’s the reality we face.

All this is another way of saying, the trade war can’t end as long as Donald Trump is still president.

But what if he isn’t?

“Kind of a Mystery”

Before anyone flips out, I am NOT saying the president’s trade policies are grounds for impeachment. His tariffs are unwise, but they aren’t illegal.

However, if (as unlikely as it now seems) the Senate removes Trump from office, or he resigns under pressure, we would then have President Mike Pence. What would he do?

Pence might just roll on as Trump has. However, he’s from the Midwest industrial and agricultural zone that tariffs are hurting the most. If placed in charge, he might go a different direction.

If so, then impeachment really could end the trade war… at least temporarily.

Ditto if a Democrat wins the presidential election next year—depending which one it is. Senator Elizabeth Warren, for instance, also has China issues. Her trade policies might not be so different.

What seems certain, though, is that a continued Trump presidency means continued trade war. Even if he reaches terms with China, he has plenty of other targets.

“The trade talks themselves are kind of a mystery,” he said. “First of all, they’re secret. Has anybody here seen a copy of the 150-page trade agreement? This is what’s known about the trade agreement: it’s a 150-page agreement, it has seven chapters, it has an enforcement mechanism, it has three layers of appeal and it’s not signed. And the president revealed some level of anger that the Chinese had reneged on May 2 to some parts of the 150 pages. So, here are the two largest economies in the world…in this negotiation, with no clear outcome in sight.”

… The bottom line for Pillsbury is that the U.S. does not have a strategy or government structure in place to deal with the Chinese geopolitical and economic threat, and without that, any trade deal might not be worth the paper it is written on.

Maybe Pillsbury is just trying to lower expectations. But we hear the same from Chinese sources.

In private conversations with visitors to Beijing and other interlocutors in recent weeks, Chinese officials have warned they won’t budge on the thorniest issues, according to people familiar with the matter. They remain concerned about President Donald Trump’s impulsive nature and the risk he may back out of even the limited deal both sides say they want to sign in the coming weeks.

Bottom line: this genie is out of the bottle. Pandora’s Box is open. Use any metaphor you like, but the pre-2018 trade regime isn’t coming back.

And until we know what will replace it, business planning and capital investment will stay paralyzed, leading nowhere good.