January is here, which means prediction time. What will the year bring?

Economically, the answer depends on choices that will be made in the White House and a few blocks away at the Federal Reserve. Like it or not, the economy is now hostage to politics.

Political decisions are hard to predict because they’re so subjective. Decision-making processes in the Trump administration and the Fed are opaque, to say the least.

We know one thing, though: Both those institutions pay attention to voters and consumers. They may not do what we want, but our choices affect their choices.

Our choices, in turn, depend on the resources we have—mainly money. That’s why employment and wages are so critical.

But the amount you earn is only one side of the equation. The other side is the amount you spend to maintain your life. And on that, the trends don’t look so good. 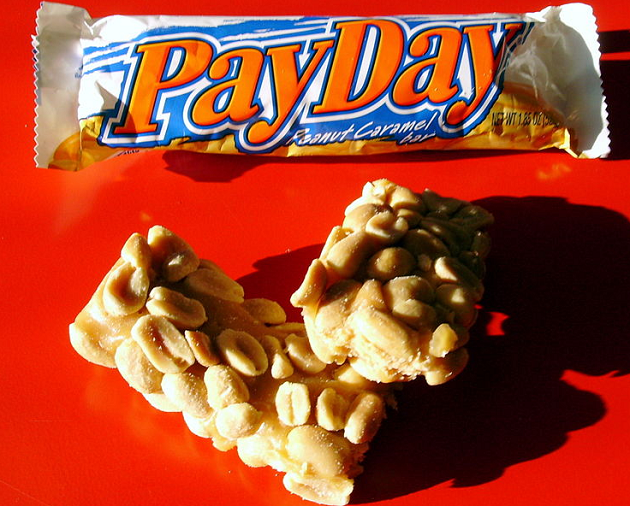 The latest Labor Department data says average hourly earnings for all private nonfarm employees is $28.29. That’s as of November, and it’s up 3.1% from a year earlier.

That number is skewed by a small number of highly paid executives. When we exclude them to look only at “production and nonsupervisory employees,” the average hourly wage is $23.83. Quite a bit less, but it’s still up 3.7% in the last year. Good news for average workers, yes?

Well, maybe. Earnings depend both on the hourly rate and the number of hours worked. For these same nonsupervisory workers, the average work week fell from 33.7 to 33.5 hours. So average weekly earnings rose only 3.0%, not 3.7%.

Hours were down or flat for every industry, with only two exceptions: construction and utilities.

The net impact is still positive… but we’re not done yet. 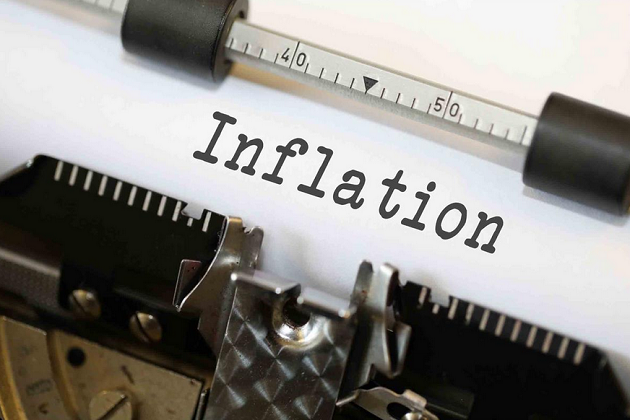 Most Americans have little or no savings. They spend every penny as soon as they earn it. So any earnings change shows up in spending patterns very quickly.

To some degree, we can choose how to spend our money, but we also face inflation. If you really need to buy something, and its price rises, then you have to pay.

Conversely, if the price of something you don’t need or want falls, you don’t feel any benefit.

In the year we’re looking at, in which the average worker’s weekly earnings rose 3.0%, the Consumer Price Index rose 2.1%. That means inflation-adjusted “real” wages rose only 0.9%.

But here again, this is a national average based on assumptions of how the “typical” consumer spends their money. You’re probably not typical… nor is anyone else. We all have our own spending patterns.

Fortunately, we have the detailed data, breaking down inflation by expense categories. Some are wildly different from that 2.1% average.

For example, check out these price changes from November 2018–November 2019.

You can browse the full list and find more examples. If your life includes a lot of lettuce, cigarettes, and intercity bus travel, your personal inflation rate was probably well above the 2.1% average. Or well below it if you spend your money on eggs, televisions, and laundry equipment.

How is this possible? Lower energy prices, along with a few other categories, kept overall inflation low, even as the items most people actually buy got more expensive. Inflation is why millions who got a raise last year still have trouble making ends meet.

But again, those rising wages are an average. Some workers got more, some less, some none at all.

A December Bankrate survey found only about half of American workers saw their pay go up in 2019. The other half saw no raise and possibly even had their pay reduced. 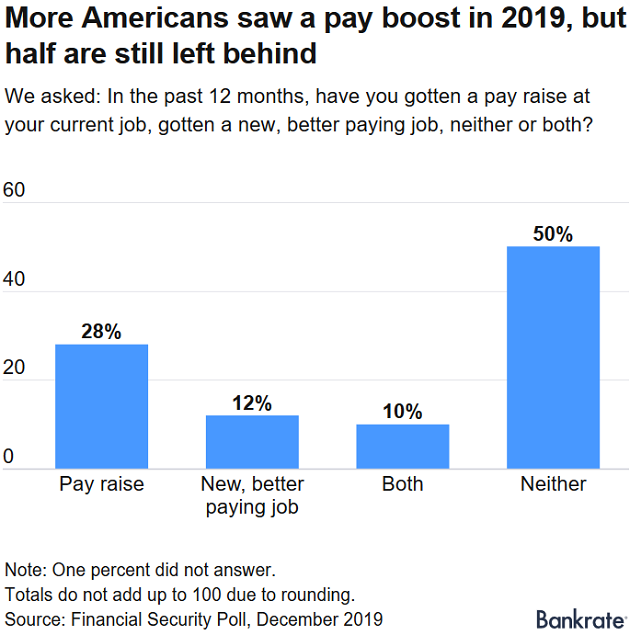 Inflation still affects the half of the population whose wages didn’t rise. So in real terms, they went backward, worse off than they were a year ago.

Of course, it’s good the economy is still growing, and average wages are up. But let’s not kid ourselves: The rising tide isn’t lifting every boat. Many are adrift in the waves, and some are sinking.

So given all this, what can we expect the Federal Reserve and the Trump administration to do this year?

Their ability to lift private-sector wages is pretty limited, but they can certainly influence inflation.

Our latest insight to the Fed’s thinking is in the minutes of its December 11 policy meeting. At that point, the policymakers’ main worry appeared to be that inflation was too low.

At the Fed, they use a different inflation measure that has been running around 1.5%. Their goal is 2%, and they’ve talked about letting it go even higher, since it was below the target for so many years.

So in terms of living costs, don’t expect much help from the Fed.

As for the Trump administration, we know from the president’s tweets he is also unconcerned about inflation. He mentions it every time he demands the Fed cut interest rates.

President Trump’s latest Middle East moves are already driving oil prices up. They could go higher still if hostilities with Iran escalate. That would remove the main cap on inflation.

On the other hand, higher inflation won’t help most voters, and Trump wants to be re-elected. So doing things that generate it would be risky for him, politically.

What will Trump do? No one knows… probably not even Trump.

How he decides could be the pivot on which 2020 swings. So pay attention.