President Trump likes to call the Russia investigation a “witch hunt.” Yet he also thinks your car endangers US national security. Yes, your car, the one in your garage right now. It is the enemy.

If your Volkswagen or BMW threatens America, what are you for buying it? You are also a threat and must be stopped, or at least made to pay more. The president says he wants tariffs as high as 25% on imported vehicles and parts.

Does that sound ridiculous? It should, because the whole idea is bananas. But so are steel and aluminum tariffs on US allies (not enemies), which Trump also justified on national security grounds. They are in effect right now.

So, don’t dismiss this automotive tariff idea as more crazy rhetoric. It’s probably going to happen, and it will hurt the US more than it helps. 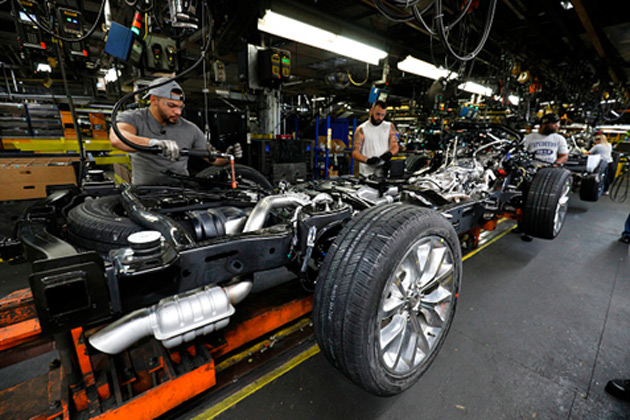 Why is the president using this phony, made-up national security threat to get tariffs?

Simple: It lets him bypass a Congress that, while generally supine to his wishes, might stop this one. It will cost their donors money.

Under the Constitution, all power to regulate trade lies with Congress, not the president. He is involved only because past Congresses delegated some of their authority. That was fine until we elected Trump, who, given one inch, will take 10 miles.

I explained this a few months ago in Steel Yourself for Metallic Trade War. Section 232 of the 1962 Trade Expansion Act empowers the president to address trade-driven national security threats by imposing tariffs.

It also says he can do this only after the Commerce Department certifies such a threat actually exists… which it did, for steel and aluminum. Now, at Trump’s request, it is “investigating” to see if imported cars and trucks are similarly threatening.

I think the investigation is already over. They are just going through the motions to justify a decision Trump already made.

Does that mean the decision is wrong? Not necessarily.

But if it’s such a great idea, you’d think the industry he seeks to protect would agree. In fact, American vehicle makers hate this plan. 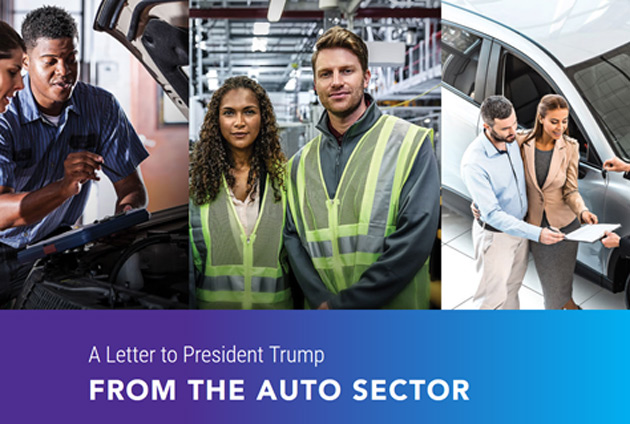 The auto industry’s trade groups have launched a public campaign against President Trump’s attempt to “help” them. You can read their open letter to him here. A short excerpt:

While we understand that you are working to achieve a level playing field for trade to create more jobs, raising tariffs is the wrong approach.

We have come together as a united U.S. auto industry—domestic and international automobile manufacturers, suppliers, dealers and auto care businesses—to urge your Administration to achieve fair trade through policies that won't jeopardize American jobs, our economy or U.S. technological leadership.

Raising tariffs on autos and auto parts would be a massive tax on consumers who buy or service their vehicles — whether imported or domestically produced. These higher costs will inevitably lead to declining sales and the loss of American jobs, as well as increasing vehicle service and repair costs that may result in consumers delaying critical vehicle maintenance.

Mr. President, we are engaged in a high-stakes global race to drive the next generation of cutting-edge vehicle technologies. Higher auto tariffs will leave less capital for investments in innovations and less competition to promote creative and beneficial technologies. At this pivotal and transformative moment for mobility, misguided U.S. policies affecting advanced vehicle technologies will be damaging to America's auto sector.

Much of Congress (though not a majority) agrees. A bipartisan group of 149 House members have urged the president not to do this.

So who does like the idea? Auto-sector labor unions are sympathetic, but even they haven’t endorsed tariffs. They prefer other protective actions. 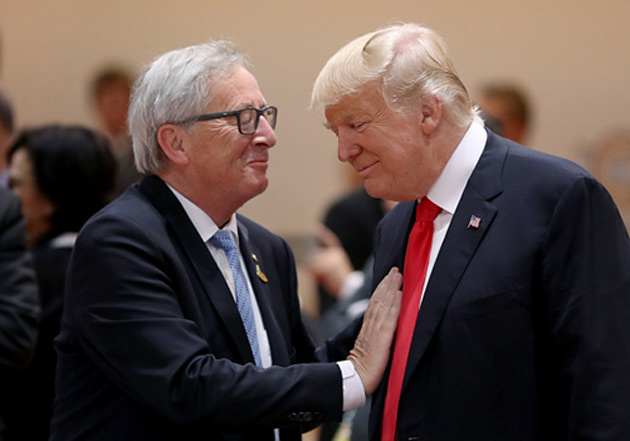 This week, European Commission President Jean-Claude Juncker visits Trump at the White House, and they will no doubt discuss auto tariffs.

If Trump does what he’s threatened, German exports could fall sharply and trigger a financial crisis that won’t stay in Europe. It will shoot around the globe and hurt the US as well.

The damage is already happening. The auto industry and its suppliers have to take the president’s threats seriously. They are already planning how to survive tariffs.

That diverts time and resources away from what these companies should do: beat foreign competitors by building better products, more efficiently, to sell at lower prices. Then more people will buy them, creating more and better-paying American jobs.

But no. The US auto sector must instead deal with nutty ideas like tariffs, imposed under false national security pretenses and probably ulterior motives. It’s the same kind of distracting “witch hunt” Trump calls the Mueller investigation.

Last year’s tax cut was supposed to stimulate economic growth, create new jobs, and help workers earn more money. I doubt it will accomplish any of those things.

But even if it does, a trade war will do the opposite, leaving the US economy right where it was: in a debt-driven, slow-growth, low-pay recovery. And that’s the best-case scenario.

The worst case is much worse indeed… and we may see what it looks like soon.