This month, my wife and I drove from Austin to Memphis. Going across Arkansas on I-30 and I-40, the number of trucks seemed quite high.

We finally started counting and found commercial trucks outnumbered passenger vehicles by about 2-1.

I don’t know if that ratio is normal on those interstates or how different it is from anywhere else. Maybe it means nothing... or maybe it points to something important about the economy. 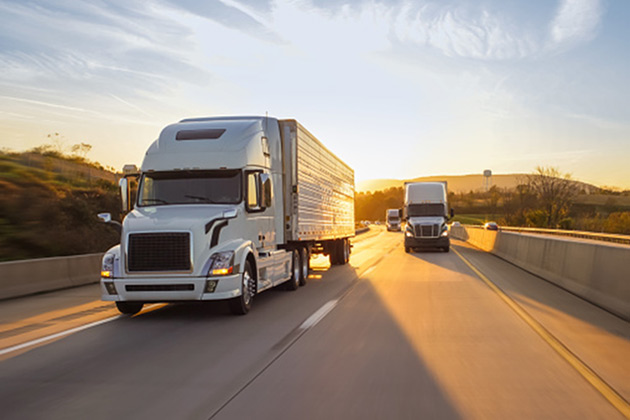 Years ago, when I was an Army intelligence officer, I learned that logistics is as important as strategy. Sometimes even more so—the best plans may be useless if your tanks have no fuel.

Now, in monitoring the economy, I still watch shipping and transport news carefully. Problems arise when goods don’t reach their destination on time or the cost of getting them there is too high.

That’s a growing issue. Shipping costs have been rising fast, and it’s starting to bite businesses. The chart below (courtesy of my Camp Kotok friend Peter Boockvar) shows how badly.

The orange line is the trucking cost component of the Producer Price Index. The white line is consumer goods, minus food and energy. Truck transport costs turned sharply higher in 2017 and aren’t slowing down. Since 2009, those costs rose more than seven times faster than product prices.

Slow and unpredictable shipping has a domino effect in our optimized, just-in-time economy. One key part that’s stuck in a traffic jam can shut down an entire assembly line, idling hundreds of workers. Then whoever is expecting those goods doesn’t get them on time.

Sometimes the delays could even be deadly. There are presently spot shortages of the EpiPen emergency allergy treatment due to manufacturing problems. I’ll bet transport is partly to blame.

All this makes my truck anecdote seem odd. Yes, I saw lots of trucks, but the data suggests they still aren’t satisfying demand. 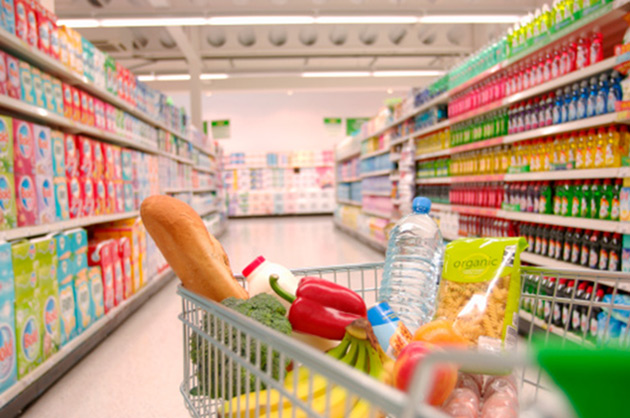 In theory, prices should adjust to a level that “clears the market.” Everybody gets what they want, at a price they’re willing to pay. Producers earn their desired profits. But that’s just theory.

Furthermore, customers don’t have unlimited spending power. When paying the rent or health insurance takes priority, they might stop buying even if they like your product.

On that note, last week’s inflation data showed average weekly earnings up only 0.4% in the last year. That’s considering both higher hourly wages and a slightly longer work week, and subtracting CPI inflation. 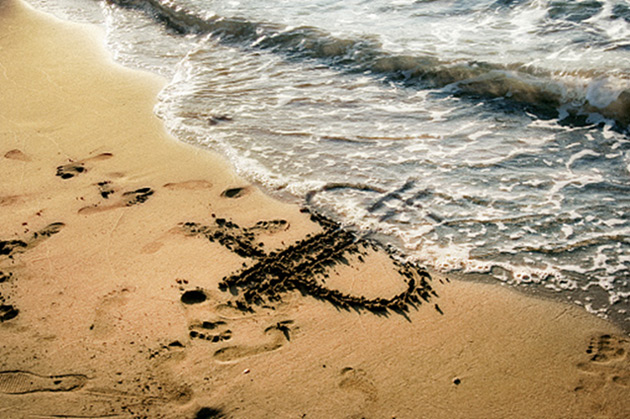 If you’re a business owner or CEO and your shipping or other production costs rise too much, and you can’t pass it on to customers by raising prices, the result will be lower profit margins—possibly even a loss.

If your company is publicly traded, Wall Street will notice the lower margins and give your stock price a lower multiple.

If this happens to enough companies, then the whole stock market can drop… particularly when higher interest rates make bonds look more attractive in comparison.

A margin squeeze affects private companies too. Their bankers might slash credit lines, and the company might not be able to pay key employees and possibly lose them.

All that’s bad, but the other alternatives may not be so great either.

If companies find they can raise prices and consumers keep buying, it may show up as higher inflation. That could inspire the Fed to tighten further and eventually bring on recession.

In other words, there aren’t many good outcomes when we are this deep in the cycle.

All this will take time to unfold. It doesn’t mean imminent doom. But it is another sign the economic recovery is reaching maturity. At some point, the growth curve will bend downward and we’ll see fewer trucks on the road.

The experts John Mauldin and I follow in Over My Shoulder watch all these indicators. We’ll pay special attention to logistical problems in the coming months. Click here to learn how you can stay informed.

We lived for many years(20) in Memphis and often traveled the same route. It was always noticeable that there was a preponderance of trucks and so my wife and I also counted cars/trucks. The ratio has always been close to 2 to 1, sometimes higher so your conclusion of increased trucking based on YOUR trip is questionable.
Your article was interesting and I agree with increasing expenses from the cost of transportation.