Judging by the official 4.1% unemployment rate, US workers appear to be doing pretty well. Unlike a few years ago, almost everyone who wants a job has one. That’s an improvement.

Having “a job” isn’t the same as having a good job, of course, one that pays enough to cover your needs and lets you feel worthy and productive. Those are more elusive, although the situation is far better than it was during the recession.

But these conclusions come from data that looks at averages, and few people are average.

I thought about this because recently I’ve been helping John Mauldin write about the problems with economic data. That low unemployment rate is a key reason the Federal Reserve plans to hike interest rates three times this year (some people even think it will be four times).

That could be a serious mistake because millions of people aren’t as secure and stable as the unemployment rate implies.

The Fed should know this… because the Fed itself says so. 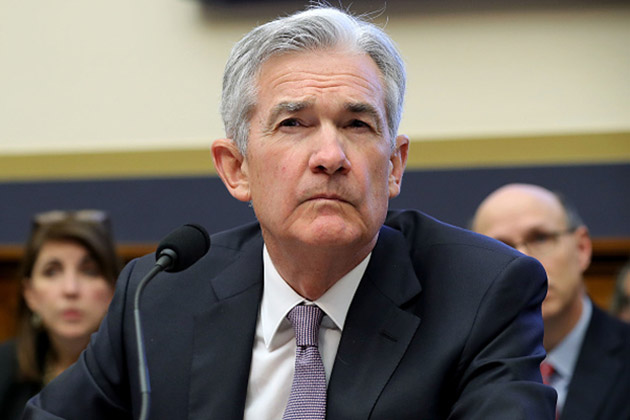 The Federal Reserve Board has vast resources to give it every possible bit of useful data. One such resource: The Community Advisory Council (CAC). Its role is to give the Board “diverse perspectives on the economic circumstances and financial services needs of consumers and communities, with a particular focus on the concerns of low- and moderate-income populations.”

That sounds useful. If wages are the key to 2018, as I wrote recently, the Fed should hear from average wage-earners as well as bankers and politicians.

This is particularly important on job and wage issues. Like inflation, the unemployment rate doesn’t reflect everyone’s situation. If people are “employed” but still in terrible conditions, the Fed may charge ahead with the wrong policies.

The CAC’s input should reduce that risk—but apparently, it’s not.

The Fed’s Board of Governors met with the CAC on November 3, 2017. You can read the official record here. And here’s part of the council’s jobs input. (I’ve split it into bullet points for clarity, but this is a direct quote.)

So according to the Fed’s own advisory council, lower unemployment isn’t bringing “quality jobs” to everyone, or even most people.

The number in that second bullet is startling: one in four US jobs doesn’t pay enough to keep a family of four above the poverty line. It’s even worse in some states… but that doesn’t necessarily show up in state-level unemployment data. 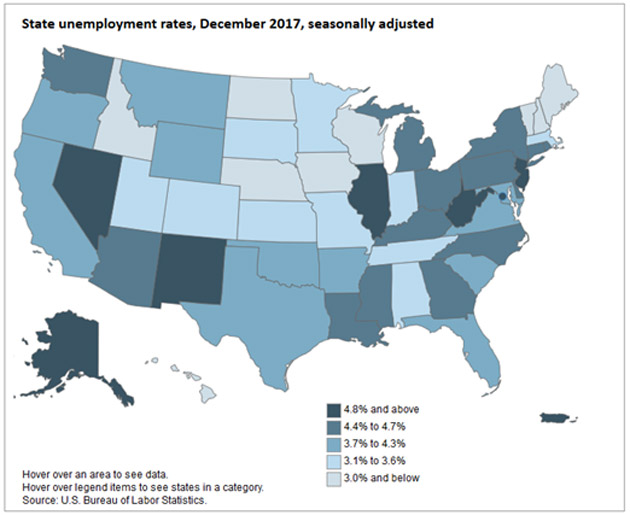 As of December 2017, two the states the CAC named (Alabama and Arkansas) had lower unemployment rates than the national average, yet one of three jobs in those states were in the “low-wage” category. But if all you saw was is the unemployment rate, you might think they were doing fine.

Federal Reserve officials know this, or should know it, because their own advisors are telling them about it. Yet all indications are they will proceed with another rate hike this month, and probably two or three more this year, in part because the US is at full employment.

See a problem? This “full employment” is one of those desert mirages: cool, refreshing water that isn’t really there. 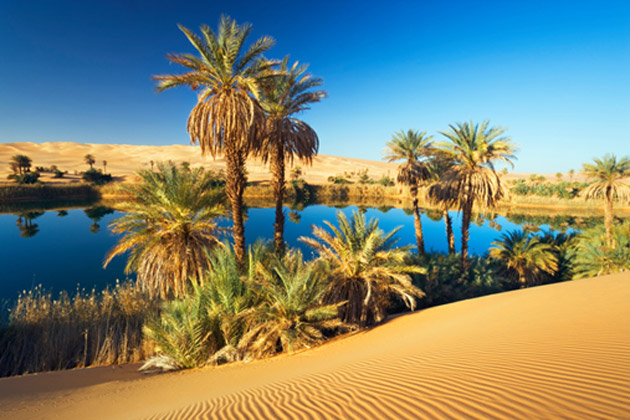 However, the data we do have isn’t always encouraging. Consider the “gig economy” jobs, like driving for Uber or Lyft, which give people a way to make extra income. Maybe it helps, but not much.

Drivers for the ride-sharing services have to pay their own expenses. According to an MIT study released last month, the median driver profit is $3.37 per hour before taxes. And that’s the median, so half the drivers make even less.

MIT found that 74% of Uber and Lyft drivers earn less than the minimum wage in their state, and 30% actually lose money when you add in vehicle expenses.

For some, the loss might have helped reduce their taxes on other income. But the higher standard deduction that takes effect this year may reduce or eliminate that benefit for many.

Clearly, the gig economy isn’t as miracle-producing as some people think. 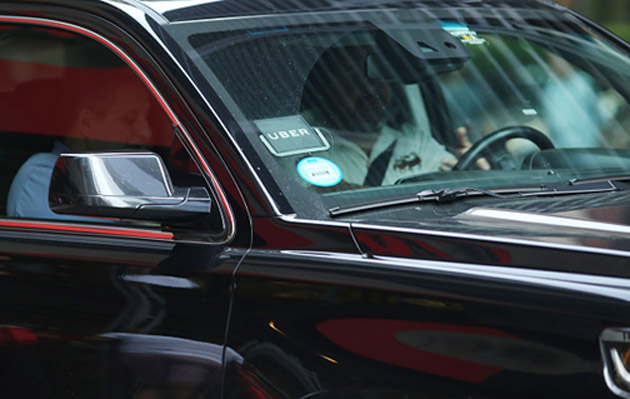 This Friday, we’ll get another round of jobs data, and it will probably look good on the surface. For some people, it probably is good—but not for everyone.

Nonetheless, the Fed is plodding ahead on its balance-sheet reduction plan and raising short-term interest rates too. Listen carefully and you’ll notice a shift in language: Officials have been describing economic “tailwinds” instead of headwinds.

Right or wrong, they think this economy, in which their own experts say one in four jobs pay only poverty-level wages, is growing just fine and needs no stimulus. If anything, they want to slow it down.

I doubt this will end happily, but we’ll find out soon.

This week, I’m in San Diego for the Strategic Investment Conference, so maybe I’ll get answers to some of those questions. I especially want to hear economists Lacy Hunt, David McWilliams, and David Rosenberg.

If you aren’t attending the conference in person, you can still join the fun with our Virtual Pass. You get video and audio recordings of all the sessions (20+ hours) and access to the live stream if you want to watch as it happens.

Better yet, order now, and you can save $400 off the Virtual Pass. Click here to learn more.

If 10 years of near zero interest rates have not produced decent jobs for most people, or a “good” economic recovery, why would you think continuing the same policy will suddenly accomplish something different?  The Fed would have to be insane to continue their current path.

As you stated in a prior article, the stock market isn’t the economy.  If the fed raises rates, the stock market may fall - so what?  I think there is sufficient evidence to suggest “trickle down” economics is a farce.