Almost every day brings comforting news on the trade front. They’re talking! Someone went to Beijing! Someone else is optimistic!

The problem is, that’s just talk. The longer it goes on, the more time tariffs have to damage the economy.

Let’s call tariffs what they are: import taxes. Maybe then the people who strenuously oppose all other taxes will stop thinking tariffs are somehow helpful. There are better and less harmful ways to achieve our goals.

But what you or I think doesn’t really matter. President Trump likes tariffs, and current law lets him use a “national security” pretext to impose them. So they will continue until he changes his mind, and there’s no sign he will.

The opposite is more likely. Our nemesis, China, and others are in no hurry to make the kind of deals Trump wants. He’ll keep trying to “encourage” them the only ways he can: with threats and maybe even higher tariffs.

If you think that will be good for markets, you should probably think again. 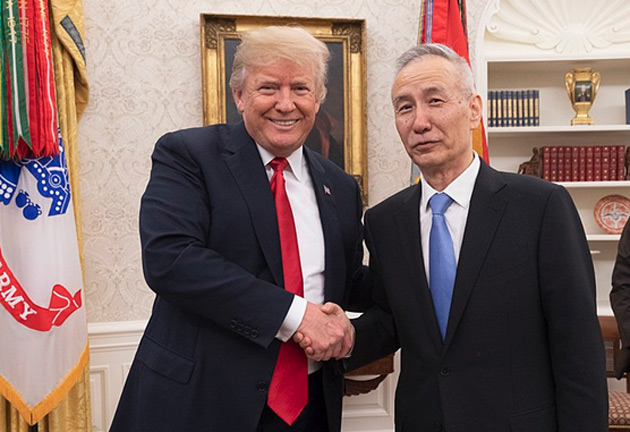 Caught in the Middle

One thing even President Trump can’t stop is the calendar. The days keep ticking by, each one bringing the end of his term closer.

That matters because Trump can’t make any permanent trade agreements unless Congress agrees. That’s a long process he hasn’t even started.

Instead, Trump is using executive authority, which lasts only as long as he is president. Any promise he makes to China will expire on January 20, 2021, just 21 months from now, unless he is reelected.

The Chinese know this. Their best negotiating strategy is to wait, which they do very well. They may think Trump will get more flexible if the economy weakens next year (as I believe it will).  Or possibly, they’re betting his successor will be friendlier to them. In either case, Beijing has little incentive to give Trump what he wants unless he wins reelection, and maybe not even then.

The US agriculture and technology sectors are caught in the middle. Farmers are losing real money. Time isn’t on their side.

But politically, Trump needs Midwest support. So if China keeps spurning him, look for the rhetoric to turn ugly again.

One problem with trade disputes is they escalate so easily. Country A raises tariffs on Country B, which then fires back.

If it stops there, everybody adapts and moves on. Trade wars happen when one side raises the ante, forcing a greater response from the other one. Then it spirals and gets much worse.

With that in mind, consider this April 23 presidential tweet.

“Harley Davidson has struggled with Tariffs with the EU, currently paying 31%. They’ve had to move production overseas to try and offset some of that Tariff that they’ve been hit with which will rise to 66% in June of 2021.” @MariaBartiromo So unfair to U.S. We will Reciprocate!

Note that closing threat: “We will Reciprocate!” That’s funny because the tariff that so upsets the president is reciprocation for the steel and aluminum tariffs he imposed on the EU last year.

Did Trump really think they would let him put European workers out of their jobs and do nothing at all? That was never a possibility. Yet he’s surprised the EU is not surrendering.

Now, we don’t know if Trump will actually do anything. He often makes threats without following through. But if he does add more tariffs, the EU will respond again. That’s how trade wars intensify.

This one shouldn’t happening in the first place. It springs from the Trump administration’s contrived conclusion that EU-made steel—along with that of some other US allies like Canada—somehow threatens US national security.

That’s obviously false, but World Trade Organization (WTO) rules give countries a lot of latitude in defense matters… or used to.

Last week, a WTO tribunal ruled that the security clause applies only to actual armed conflicts. The particular case involved Russia and Ukraine, but its logic would seem to cover the Trump tariffs too.

Trump will likely ignore this decision and even try to withdraw the US from WTO membership. But it may give other countries a legal justification to raise tariffs on US goods—and get worse from there.

The president is right on one thing: the US has legitimate trade grievances with China and others. We need to resolve them. He would have a much better chance if he involved Congress instead of relying on contrived national security threats.

For whatever reason, he chose to go it alone, even when his party controlled both sides of Capitol Hill. And with the WTO possibly letting other countries retaliate more aggressively than they have thus far, the odds favor more tariffs.

That won’t be good for US companies that depend on imported supplies, or US consumers who buy them, or US workers who produce goods for export… including those Midwest farmers.

In other words, pretty much everyone will lose.

So don’t believe the spin. The trade war isn’t ending. It may only be beginning. Beware if your investment strategy presumes otherwise.