Globalization is a prime example.

The idea that free trade and technology would merge the planet into one Giant Happy Global Economy is mortally wounded. The incoming Trump administration may well deliver the coup de grâce.

On that front, President-elect Trump said something profound last month. Yes, I know, you rarely see “Trump” and “profound” in the same sentence, but this time it fits. 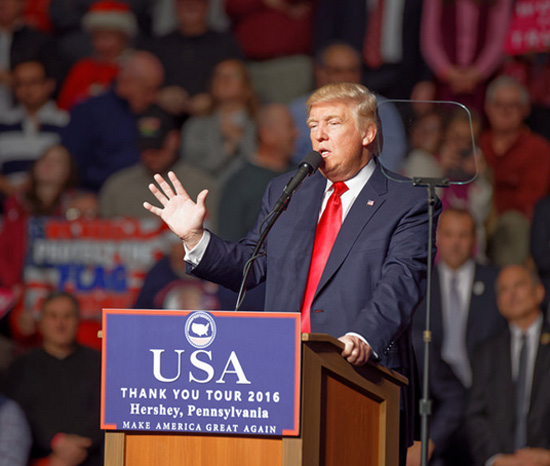 Anyone who reads my Twitter feed knows I am not a big Trump fan. But I give him credit when I think he’s right.

The above-mentioned profundity occurred at his December 15 appearance in Hershey, Pennsylvania.

From the Financial Times:

“For years, the jobs and wealth have been ripped out of your state and ripped out of our country like we’re a bunch of babies,” Mr Trump told the crowd at a stadium where the Hershey Bears ice hockey team plays. “People talk about how we’re living in a globalized world, but the relationships people value most are local—family, city, state and country. Local, folks, local.”

That one sentence I bolded deftly describes the fault line that is splitting entire nations and continents right now.

Globalization was supposed to make life better for everyone. It certainly helped some people, but many got nothing out of it, and quite a few went backwards.

This is now very obvious, thanks to Trump. Globalists are on the defense, hoping to put down the rebellion.

We’ll discuss that part another time. Today, let’s consider the second half of Trump’s sentence:

“The relationships people value most are local.”

That’s right—and it’s exactly what globalist elites don’t get. They come in different flavors, but none would accept what Trump said in Hershey.

Some are hyper-individualists who think “relationships” are pointless. Others have a kind of congenital wanderlust that keeps them always on the move. Many see the whole world as “local” because hey, we’re all citizens of the world, right?

That’s a nice vision, but economically, it objectifies everyone. We are all cogs in a machine and must move in the way our superior cogs dictate.

If it means we have to move because our jobs went to China, then we just have to do it.

The globalists truly don’t get why this bothers us. Some even own residences in multiple countries, living in whichever one has the best weather and tax breaks at any given time. To them, the whole concept of “home” has little meaning.

“Home” is the place where we grew up. We tend to stay there unless some overwhelming reason makes us move. Globalization seeks to break those ties so we are all mobile and interchangeable.

To a great extent, today’s struggle is between two groups:

Admittedly, the line can be fuzzy. Not everyone stays where they were born for their entire lives. But we like to put down roots somewhere.

Raised in Dallas, I came to Austin in my late 20s, met my wife here, and soon the area felt like “home.” It would take a lot to make me move elsewhere. I have roots here now. 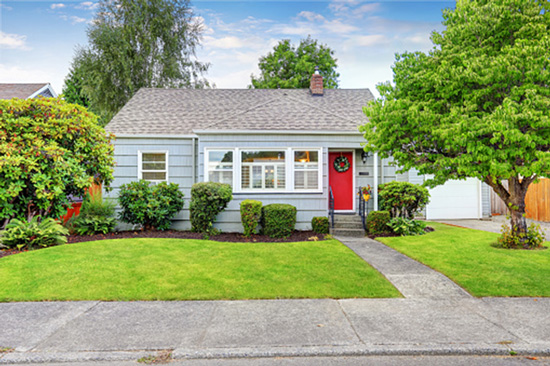 On the other hand, I know career-driven people who move every three to five years because that’s what it takes to climb the corporate ladder.

Good for them—but I don’t want to live that way. Thankfully, I don’t have to. Nor do you.

This idea of staying rooted in your local community is gaining momentum. “Localism” even has its own, darkly amusing Wikipedia page, which mainly describes the way most Americans lived before the 1960s. Not coincidentally, that’s also when globalization started taking off.

With globalization fading, what could take its place? What will a de-globalized economy look like?

Well, a thriving national economy is really just a collection of thriving local economies that have achieved some measure of self-reliance and identity.

Locally grown food is one sign a place is reaching that status. When you see farmers markets pop up on weekends, it means two things:

Technology is making the same possible with manufactured goods. Instead of mass-producing stuff overseas and shipping it here, “additive manufacturing” (the industrial version of 3D printing) lets us make many things in smaller quantities closer to the customer. This technology is only going to improve. 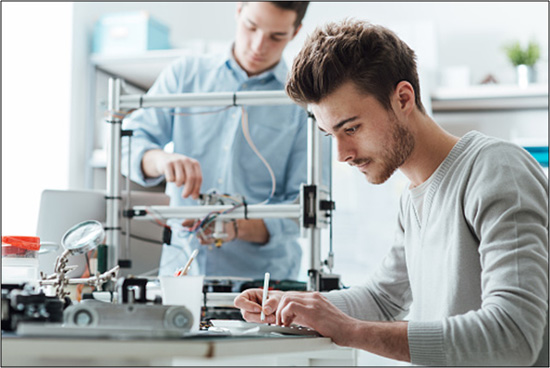 As an example, the article profiles a man who makes leather products and sells them online for a nice income. He’s in Oregon, but he could be anywhere—a small local business with global reach. It’s possible.

“Local” doesn’t necessarily mean small towns, by the way. Even giant cities like New York have many distinct communities with their own economic identities.

Buy What You Know

We don’t know yet how the deglobalization trend will unfold, but I’m pretty sure it will continue. The US economy is becoming less global and more local. If we’re lucky, it will evolve into a hybrid that retains the best features of both.

This megatrend should inform our investment strategies, too.

Legendary Fidelity fund manager Peter Lynch used to say people should invest in what they know. That’s good advice: Pay attention to what’s happening around you… shop at local businesses… notice what’s working and what isn’t.

You probably can’t buy shares in Bob’s Micro-Widget Factory like you can in, say, General Electric (GE). But if Bob wants to expand and you have capital to invest, maybe the two of you should talk.

Soon Bob might have listed shares or bonds, too. New crowdfunding and peer-to-peer lending platforms let regular people invest in each other. The capital markets are localizing along with everything else. 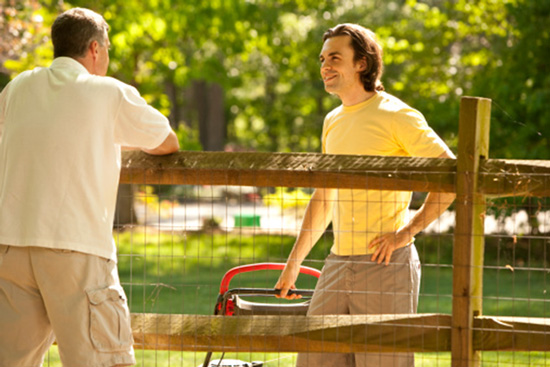 That we can stay in touch across the globe is wonderful, but proximity still matters.

Your gaming buddy in Tokyo can’t help you move that heavy furniture. That blogger you like can’t give you a hug when you’re feeling down.

Trump was right: local relationships are what we value most—and “value” is an economic concept.

If we truly value local relationships—and we do—then we will all seek more of them, and their value will leap ahead of the more distant ones.

Globalization covered up that value in the last few decades. Now we’re exposing it again… and finding that we like it.

That doesn’t mean everyone’s daily life will look like a Norman Rockwell painting. Life was never so spotlessly ideal. Even if it were, there’s no going back to it. But we will move forward, toward something unlike what we have now.

On another note, the Mauldin Alpha Society is currently open to new members—but only until January 15 or until the 300 available slots are filled, whichever comes first. If you want to become a part of John Mauldin’s inner circle, receive all of our publications for life, and save a huge amount of money in the process, you can read up on the details here.

Great thought provoking article.  Thank you. By the way, it is my hope that the concept of localizing will take root in education.  What is a paper-pusher in Washington at the Department of “Education” really doing to improve learning at say a school in Oregon? Does he or she ever show up and actually teach or lend a hand in any way at that school?  Hmmmmmm…........NO!  Why not leave the money where it will be put to good use?  Just sayin”

In China they have a Government sponsored program to automate factories, the goal is to eliminate 90% of the labor and as today there are factories that have been converted and functioning this way.

The issue with this is once this “technology” and method of manufacture is perfected a factory could be anywhere. In many ways closer to your actual market the better.

Now take Apple for example, I don’t remember exactly the numbers, but here they are what I recall. Apple employs about 26,000 employees in the USA, most in retail. They employ through Foxcom in China about 700,000 workers. So If Apple automated their factories & moved them close to their US market eliminating 90% of the workers, this would still be 70,000 US jobs or just shy of triple what they employ in the US now.

Robotics, 3D Printing, Automation, Lean Manufacturing, Retail by Internet, Drone Delivery, self driving vehicles, Internet of Things are all here now, the only issue is that this technology is not very common or evenly distributed. This won’t last long, change is coming.