Remember when everyone wanted to cut the federal deficit? Fiscal policy was much simpler back then: balanced budget good, deficits bad.

Times change. Now the House and Senate are considering tax legislation that, according to their own numbers, will add $1.5 trillion to annual deficits over the next 10 years.

This is okay, we’re told, because the tax cuts will stoke economic growth, thereby delivering added tax revenue that offsets the rate reductions.

Is their claim really true? Will the GOP tax plans boost economic growth? 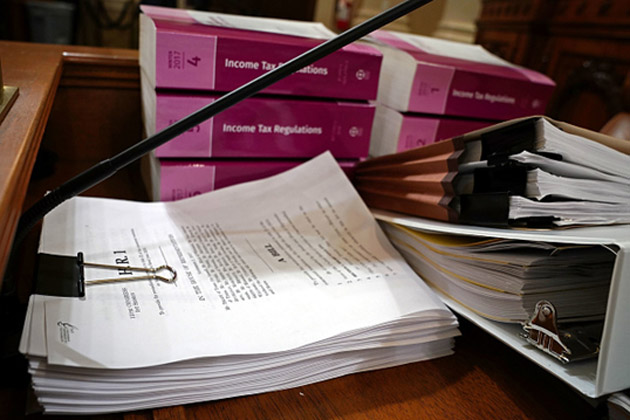 Last week in “The Tax Trade Is Getting Crowded,” we considered the strange ways in which the current proposals “simplify” individual income taxes. Today, we’ll look at the corporate side.

The Republican plan’s centerpiece is a reduction in corporate tax rates from a 35% top bracket to only 20%. That would put the US more in line with other countries.

What you seldom hear is that most other developed countries also have value-added tax (VAT), a kind of consumption tax. The US doesn’t. Our tax system will remain different, and not necessarily better, under the new proposal.

Anyway, the theory is that lower tax rates will entice businesses to bring back operations they currently conduct overseas. They will build new factories and hire more US workers. Those workers will spend their higher incomes on consumer goods, and we’ll all be better off.

Unfortunately, that thinking has several flaws.

For one, as we saw in the NFIB Small Business Economic Trends report that John Mauldin shared last week, business owners say that finding qualified workers is their top challenge right now. Reducing corporate tax rates won’t make new workers magically appear, nor will it improve the skills of those already here.

What increasing labor demand might do is spark that inflation the Federal Reserve has wanted for years. There’s also a good chance it could spiral out of control, forcing the Fed to hike interest rates even faster than planned—which could offset any benefit from the tax cuts.

Fortunately, such added labor demand will appear only if businesses respond to the lower tax rates by expanding US production capacity.

Will they? Let’s ask. 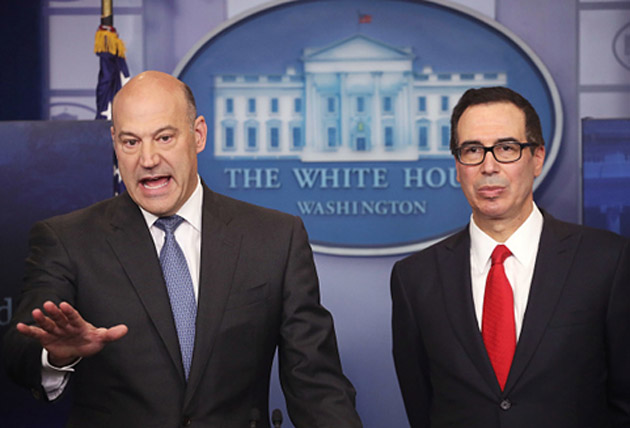 “Why Aren’t the Other Hands Up?”

This month, in one of its regular business surveys, the Atlanta Federal Reserve Bank asked executives, “If passed in its current form, what would be the likely impact of the Tax Cuts and Jobs Act on your capital investment and hiring plans?”

Here are the results. 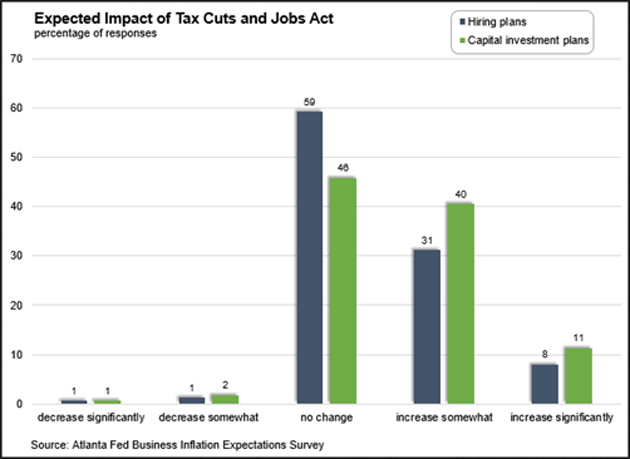 Only 8% of the executives surveyed said the bill would make them increase hiring plans “significantly.” Only 11% said they would significantly increase their capital investment plans. A solid majority answered either “no change” or “increase somewhat.”

White House Economic Advisor Gary Cohn had an awkward moment last Tuesday at a Wall Street Journal CEO Council meeting. Sitting on stage to promote the tax cuts, Cohn watched as the moderator asked the roomful of executives whether their companies would expand more if the tax bill passed.

When only a few hands rose, Cohn looked surprised and said, “Why aren’t the other hands up?”

So maybe they were distracted or needed a minute to think. Fair enough. A few hours later, White House Economist Kevin Hassett appeared at the same event and asked the same audience the same question.

He got the same result: only a few raised hands. 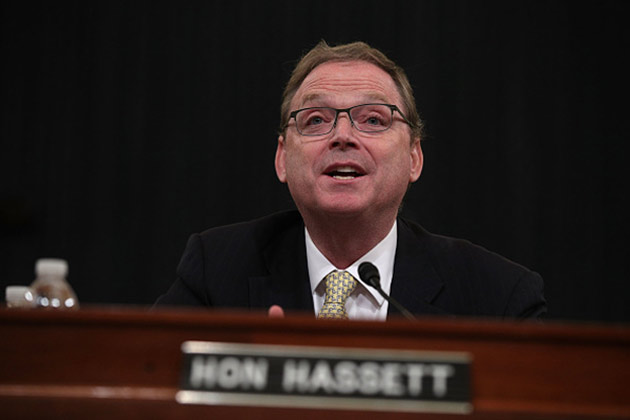 None of this should surprise us. Tax rates are only one factor businesses consider when deciding to expand.

The far more important question is whether consumers will buy whatever the new capacity produces.

Think about it this way: if you’re a CEO and you have difficulty selling your products profitably now, why would lower taxes make you produce more? Even a 0% tax rate is no help if you lack customers.

A tax cut for corporations will increase their profitability. Why we should believe that this increase in profitability will lead to wage increases when we have already seen that increases in profitability over the last 10 years did not, but rather went to stock buybacks and dividend increases that benefitted the investors?

As a CEO and member of the Board of Directors at a public company, I can tell you that if we had an increase in profitability, we would have been delighted, but it would not lead in and of itself to more hiring or an increase in wages. Again, we would hire more people if we saw growing demand for our products and services. We would raise salaries if that is what it took to hire and retain great people. But if we had a tax cut that led to higher profits absent those factors, we would ‘pocket it’ for our investors.”

By “pocket it,” Mendels means executive bonuses, share buybacks, or higher dividends. That’s what 10 years of Federal Reserve stimulus produced. A corporate tax cut would likely have a similar effect. 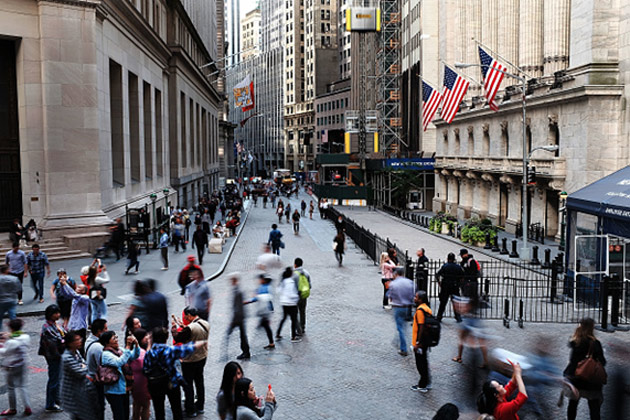 As I’ve said for months, I don’t think the House and Senate can agree on any significant tax changes. The two chambers have different political incentives they probably can’t reconcile.

So I think we’ll be stuck with the current tax system. The economy will limp along like it has been and eventually go into recession. The hope-driven asset bubble will pop, hurting many investors.

If I’m wrong and the GOP plan passes in anything like the current form, we will get higher deficits but little additional growth. The tax cuts will flow to asset owners and shareholders, probably blowing the market bubble even bigger. That will make the inevitable breakdown even more painful.

Clearly, we need a better tax system. Other reform ideas exist. I think John Mauldin’s plan to sharply reduce or even eliminate the income tax, replacing it with a VAT-like consumption tax, would solve many problems.

Trump advisors Stephen Moore and Larry Kudlow had another good idea last year: keep all the current deductions and credits but cap them at $150,000 per taxpayer. It would raise revenue and end many unproductive tax-avoidance schemes.

Those ideas apparently aren’t attractive to Congress, though. So we’re stuck with either the current broken system or a modified one that will…

Neither scenario is attractive, I know. But those are our choices. You can only pick one.

Or rather, Congress will pick one for you. Let’s hope they choose wisely.

What does a citizen have to do to start a discussion about the FAIRtax.  I agree that Congress will fail because, ultimately, the special interest service has proliferated beyond consensus.  I mean nearly 75,000 pages of tax code and regulations?  Stop wasting our time Congress and get down to replacing the system rather than trying to tweak it for the hundred millionth time.

The tax reform make no sense.  It increases the deficit, it is regressive and it will widen even more income distribution. 1) there is absolutely no need to increase the deficit - zero need - “Reform” is needed, but increasing the deficit makes no sense (other than political sense, and not even). 2) It is BS that American companies are at a tax disadvantage to other developed market economies - One should not compare marginal tax rates, but overall tax burdens. 3) Corporations in America, for the last 10 years, have faced the most favorable financing condition in the history of credit - and they did not invest - Why? Because they only do it when they see demand for their products. And demand has been slow to pick-up after the crisis. It is recovering, but still tepid. 4) we should be lowering taxes for individuals so that they consume more an trigger investment in corporations. Instead, we are doing it upside down - lowering taxes for corporations and paying that they will invest and the benefits will “trickle” down to individuals. The reality is that the outcome will be to help the stock market and through the wealth effect, influence consumption patterns, but this is very ineffective (QE relied on the wealth effect and that is why it took so long) as stock owners have lower propensity to consume. 5) The outcome is a regressive reform where individual subsidize corporations, people with savings become richer and the income gap (and the wealth gap) widens - Need to think about the political consequences of this (look south, to Latin America for a preview of how democracy works when income distribution gets to extremes).

There seems to be a bit lopsided thinking. Why there should be a lack of demand (that would make companies unwilling to invest) if more inflation would be the result of the tax cuts? One could argue the opposite, and rightly so.