You may not remember World War II, but you know broadly how it went. We’ve all seen the movies.

The US part was quicker than many think. Pearl Harbor was December 1941. Germany surrendered in May 1945, just 41 months later. The Pacific war continued another three months, then it was over.

But at the time, no one had a schedule. The end date wasn’t marked on their calendars. They knew only that the country was at war and it would end someday, hopefully soon.

The world is now about 20 months into the COVID-19 pandemic. A few months ago, many thought vaccinations meant victory. Everyone would get a shot, herd immunity would follow, the economy would recover and all would be well. 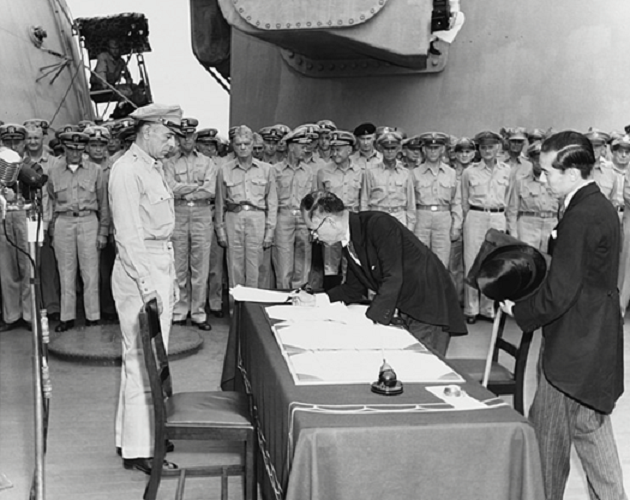 Yet here we are, still battling a microscopic virus as it fills our hospitals and slows our economy. Many scientists think the virus will gradually become “endemic,” staying with us but in a less severe form.

This different kind of war won’t end with a surrender ceremony on the deck of a battleship… and we may be less than halfway through.

The SARS-CoV-2 virus, as our enemy is formally known, has murky origins but originally appeared in China. The Chinese government responded aggressively. Unlike the US, China had real lockdowns. They were brutal but effective.

Now China has only sporadic outbreaks, which are addressed swiftly. John Browning of BANDS Financial, a commodity trader living in Shanghai, sent me this note last week.

Here in Shanghai, following a routine test every 3 days, a female nurse at Songjiang Central Hospital was diagnosed with COVID on Wednesday morning. By 6 pm Wednesday, 10 close contacts of the nurse had been placed under quarantine, a further 66 close contacts of the 10 and another 7,347 related personnel had all been tested. All the places the nurse visited during the past two weeks have been placed under close management and have been disinfected and her apartment block and its occupants quarantined for 14 days.

Here's a news story with more details. That kind of quick response has costs, but it is one reason China’s economy is again growing far faster than ours.

You might say this is easy for China, where they lack Western-style civil liberties. But New Zealand is almost as thorough and has been largely COVID-free for months. A new outbreak last week spurred another nationwide lockdown, which will likely be short because it was imposed so quickly. Speed matters. 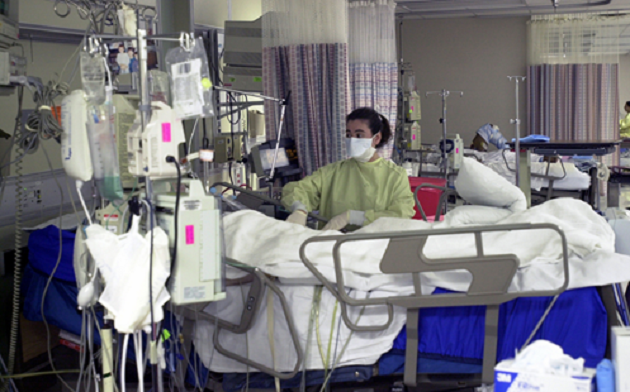 Here in the US we took a different approach. Many of us don’t like staying home, closing businesses, wearing masks, or having our movements monitored. So we put all our chips on the vaccines.

That’s not entirely crazy. It makes sense to exploit your strengths, and the US excels at drug development. We also had the manufacturing capacity to make a lot of doses quickly.

So our strategy (using the word loosely) became “hold the line until vaccines save us.” But then we didn’t even hold the line very well, as seen in last winter’s surge. Nonetheless, by mid-2021 even many cautious people were relaxing. The end seemed in sight.

That conclusion may have been hasty. The vaccines seem pretty effective (but not perfect) in preventing severe illness. But no one is sure they will remain so, and the larger-than-expected number who haven’t received the shots have no protection at all.

As a result, the latest wave is again stretching hospital capacity. The problem is not just beds, but trained staff. Here in Texas, our governor is hiring temp agencies and opening antibody infusion centers. 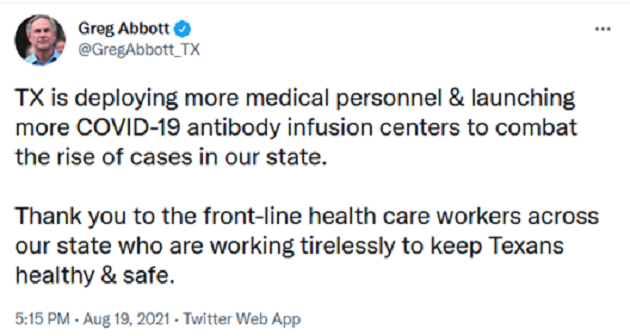 Treating the sick is good and necessary but it’s a linear solution to an exponential problem. COVID can infect people faster than we can add treatment capacity. Better to protect people from catching the virus in the first place.

We know how to do that. It requires some adaptation and a little sacrifice. But for whatever reason, the US can’t seem to make it happen.

So back to the question: When (and how) will this end? And what does it mean to the economy?

Note: How it will end is a different question from how we wish it would end. We can’t go back and change what already happened. We can only think about the road ahead.

We aren’t vaccinating fast enough even in developed countries and have barely started in most of the world. And even if we could vaccinate faster, the virus is evolving.

That means we will keep playing whack-a-mole with new variants and more vaccines. Outbreaks will come and go. We’ll have scary times and periods when we feel pretty safe, until the virus recedes to an endemic background level.

The businesses that are still around have figured out how to operate within the (usually mild) restrictions that pop up occasionally. Supply chain snarls and labor shortages will remain problematic. Industries that depend on personal presence (restaurants, travel, etc.) will keep suffering.

Lower life expectancy, higher health risk, and falling birth rates all have big consequences for the insurance industry, for example. And we’ll have to figure out how to care for millions of “long COVID” patients with varying degrees of long-term disability. 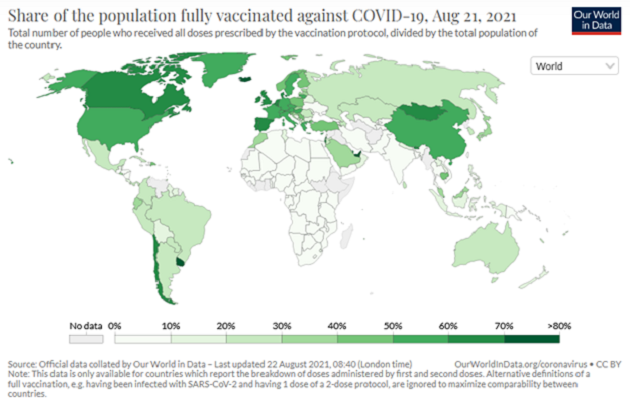 This was already happening for different reasons; COVID will accelerate it. That will affect trade surpluses/deficits, currency flows, and interest rates.

Historically, those often lead to international tension and sometimes conflict. That’s unlikely now… but not impossible.

All this will unfold over several years, meaning the pandemic will probably last longer than the US was in World War II. I think we are less than halfway through. On a World War II scale, we’re somewhere in 1943. D-Day hasn’t even happened yet.

I’d like to be wrong on all this. But if I’m not, we face a longer war than many presently expect.