Everyone is talking about bitcoin, even people who otherwise know little about investing. That’s probably a bad sign for bitcoin.

Recently, I had a conversation with my 89-year-old father. He likes reading newspapers, so this year I got him a Wall Street Journal subscription. Now he’s up on the financial news.

A few weeks ago, he asked the big question: “What is bitcoin?”

I told him what I knew: Bitcoin is a digital currency, designed to be scarce, anonymous, and secure, that it’s price has gone vertical, that some people think it will one day replace dollars.

He was with me until that last part. A private, digital-only currency didn’t make sense to him.

I pondered that conversation driving home… and I think he was right. Bitcoin may be useful and valuable, but it won’t replace fiat currencies anytime soon. 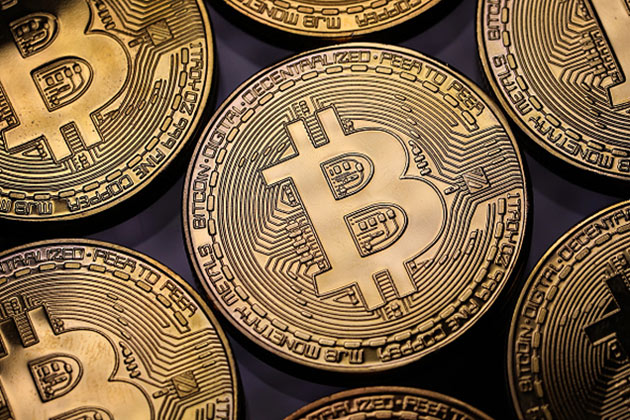 Before we talk about bitcoin, I want to let you know that our Mauldin Economics VIP offer is still open until December 13. VIP gives you access to all our premium investment services, including my own Yield Shark and Macro Growth & Income Alert, for one low price. It also comes with some other perks—get all the details here.

Now, on with our topic.

Unless you’ve been hiding under a rock, you know bitcoin prices have gone bananas. I’m not even going to quote any numbers. Anything I say will be laughably wrong by the time you read this.

Could some virtual currency that only exists on a computer screen really be worth these crazy prices?

Maybe. If you think it will become a major medium of exchange, bitcoin is far underpriced.

That’s a big “if” we’ll discuss in a minute. First, let’s look at some more practical issues.

Bitcoins enter the digital world when someone “mines” them by solving certain math problems. Mining operations have turned from college students sitting at their laptops to huge enterprises that use massive computing power to run ever more complex math calculations. Some of the computers dedicated to solving those math problems fill entire buildings. 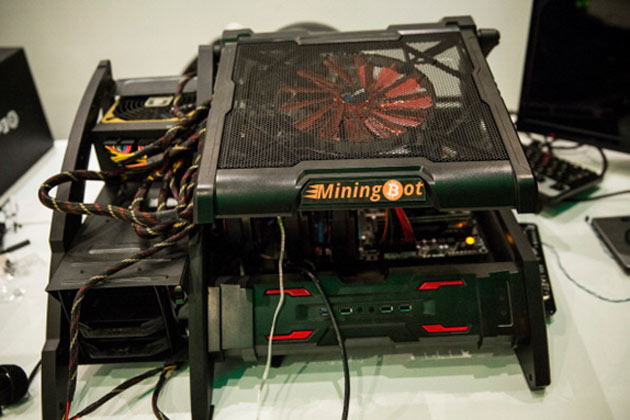 Bitcoin’s anonymous inventor, who called himself Satoshi Nakamoto, built scarcity into the system. Mining gets more difficult as time passes and the supply increases. No one will ever hit a mother lode and double the bitcoin supply overnight.

As the math gets more complicated and the computers have to work harder, bitcoin mining consumes an increasing amount of electricity. And that’s starting to be a problem.

In Venezuela, where rampant hyperinflation and subsidized electricity has led to a boom in bitcoin mining, rogue operations are now occasionally causing blackouts across the country. The world’s largest bitcoin mines are in China, where they siphon energy from huge hydroelectric dams, some of the cheapest sources of carbon-free energy in the world. One enterprising Tesla owner even attempted to rig up a mining operation in his car, to make use of free electricity at a public charging station.

That’s pretty crazy, but it gets crazier.

In just a few months from now, at bitcoin’s current growth rate, the electricity demanded by the cryptocurrency network will start to outstrip what’s available, requiring new energy-generating plants. And with the climate conscious racing to replace fossil fuel-based plants with renewable energy sources, new stress on the grid means more facilities using dirty technologies. By July 2019, the bitcoin network will require more electricity than the entire United States currently uses. By February 2020, it will use as much electricity as the entire world does today.

This is an unsustainable trajectory. It simply can’t continue.

Not to put too fine a point on it, but this is bonkers.

I have not independently verified these claims. In the comments section at the bottom of Eric’s article, many expert-sounding people dispute them. So maybe he’s wrong.

Still, the broader point seems right. Bitcoin mining and transaction processing consumes a lot of power, and we don’t have infinite amounts of it.

A trend that can’t continue, won’t—so something will change it. Here’s a partial list of possibilities:

Of those, government interference is probably bitcoin’s greatest threat. Governments don’t like the anonymity, because it facilitates tax evasion, money laundering, smuggling, and other illegal acts.

But there’s something even more basic to consider...

You can’t talk about bitcoin for long before you get to the “What is money?” question.

Could bitcoin or another cryptocurrency ever reach that status? Maybe, but it will have to cross a very wide moat.

Pull a Federal Reserve Note from your wallet. Look closely and you’ll see a legend about legal tender: 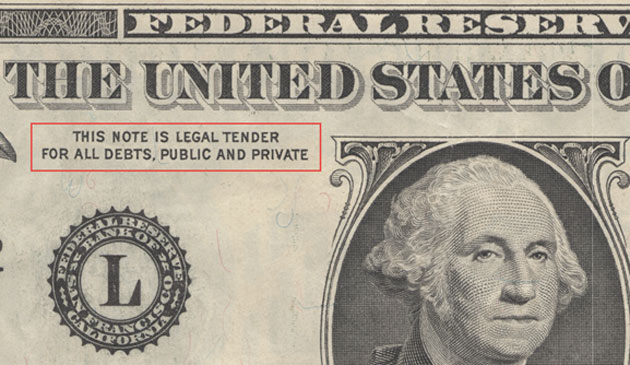 Your dollar bill is legal tender for all debts, public and private. The government says everyone must accept it, so we do.

Nothing prevents us from accepting other currencies as well. You can trade chickens for cows, or vice versa, if everyone agrees. But you’ll still have to report any taxable gain in dollar terms and pay tax in dollars. That’s the “public” part of the legal-tender legend.

In the modern world, governments define money because they have the raw power to define how you must pay your taxes. They can and will use force to make you pay—and deadly force if you resist too hard.

The IRS doesn’t accept cows, chickens, yen, gold, or bitcoin. It demands dollars. Don’t have any? Get some or go to prison. 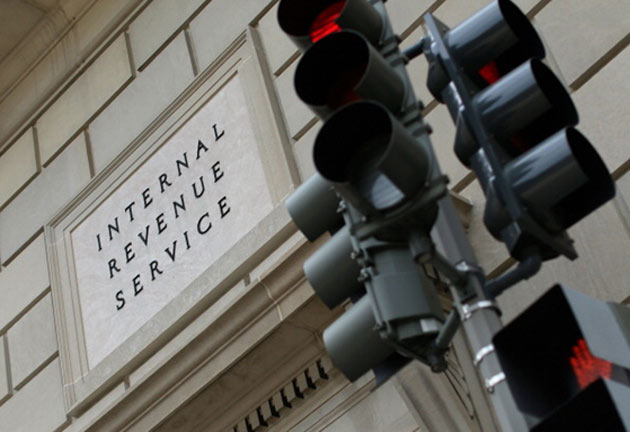 As long as we pay a significant part of our income in taxes,

That means most people will default to using the same currency for personal spending and investing. This gives government-issued money an automatic advantage over bitcoin or any other competitor.

When national governments start accepting bitcoin for tax payments, you can fairly call it “money.” Until then, it’s simply another risk asset like gold, stocks, or pork bellies.

Is bitcoin a risk asset you should own? Probably not, unless you are prepared for some serious pain whenever the price heads south.

I don’t know when that will happen. Bubbles get way bigger than anyone thinks possible, but at some point, they all pop. This one will too.