I may not be good for much, but I am good for detecting a peak of speculative activity. As of the end of last week, we were there.

Let me give you some data points.

Look what happens when you cut retail trading commissions to zero: 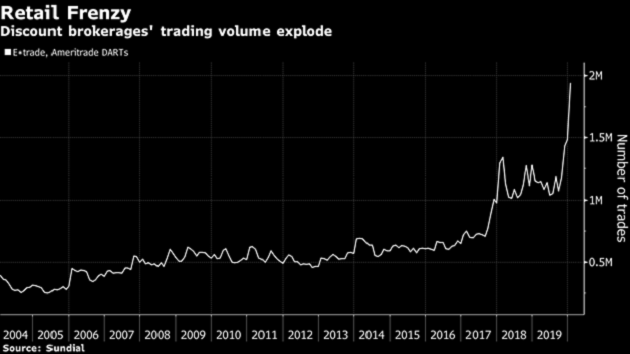 Of course, just the fact that Morgan Stanley is buying E*TRADE, a discount brokerage (that offers trades with zero commissions) was probably a sign of the top.

Next, we have a group of folks on Reddit who were coordinating manipulating stock prices higher through naked call buying. They did it with TSLA, and they’re doing it with MSFT and a bunch of smaller stocks. It’s incredible.

Of course, naked call buying was at an all-time high, according to Jason Goepfert at SentimenTrader.

This is highly unusual.

AAPL was rolling over, according to Helene Meisler and her hand-drawn charts:

Of course, there is no more powerful contrary indicator than an Economist cover: 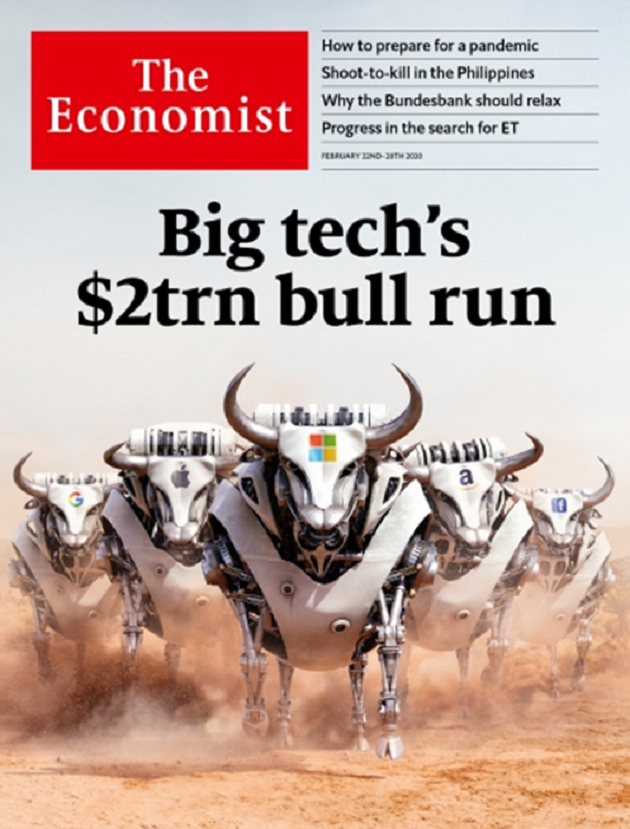 I mean, the timing on this just does not get any better.

The dollar has had a heck of a run: 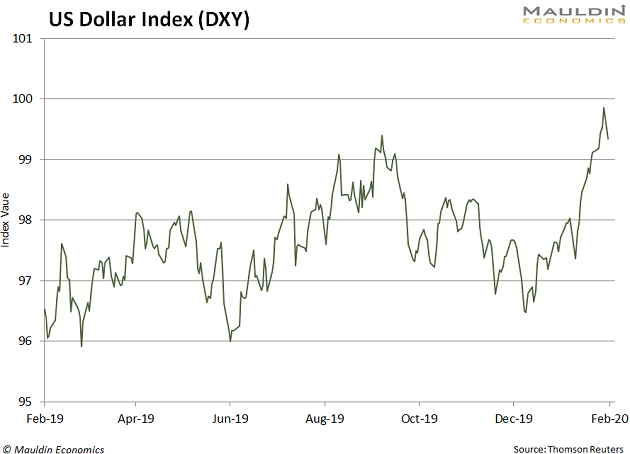 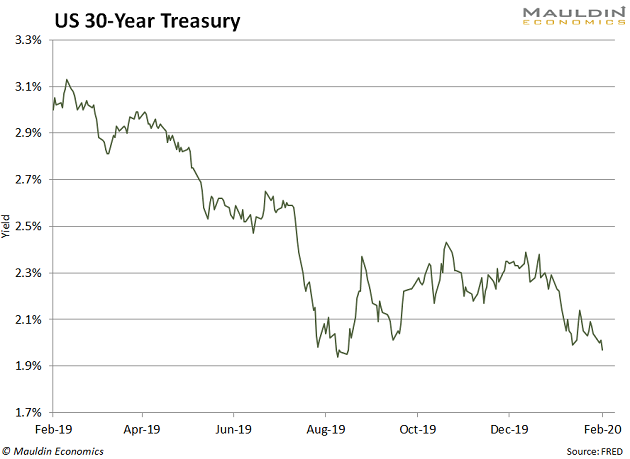 And gold is making fresh highs, things you don’t usually see at the top: 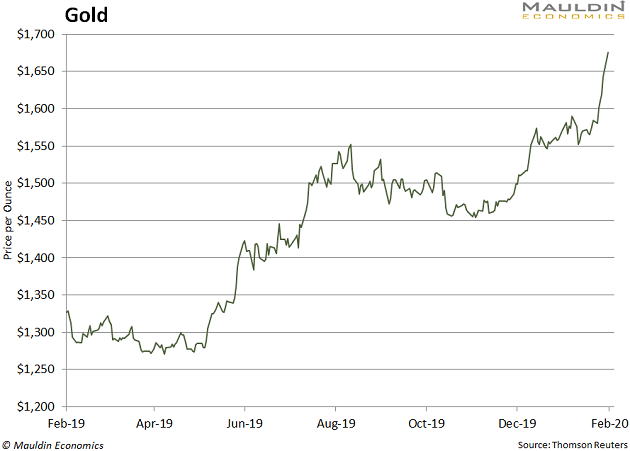 Meanwhile, we’re headed into an election where someone who is really bad for the economy and the stock market has a real chance at becoming president. I have spent the last 4 weeks arguing with my older subscribers, who believe there is no chance that Bernie will become president. I assure you that the chance is not zero.

So that’s where we are.

Again, if you have an 80/20 portfolio here (or a 100/0 portfolio), your exposure to equities is TOO HIGH. It should be much lower. But then I would be repeating myself, because I say that all the time. Who knows: maybe you were lucky enough to de-risk on the highs.

I have not spent much time talking about stocks in the last few years because the stock market has made little sense, mostly because of the presence of price-insensitive buying. Indexing, buybacks, and short volatility. Price-insensitive buying is still around—for the time being. I don’t know what gets it to stop, but nothing goes on forever.

This is where we are.

I still maintain that we have not yet made the business cycle obsolete. Extended bull markets lead to periods of overinvestment and malinvestment. This speculation and froth must be worked off. It’s possible that you can work off an overbought condition by going sideways, but probably not in this case. Risky assets pretty much went vertical. People have been burned so many times calling a top, that nobody wants to call a top, which means that this is probably the best time to call a top.

I don’t talk about this a lot, because I am very much a set-it-and-forget-it type of investor. But there are a handful of times in your life, maybe just two or three, where you could be at a big inflection point in the market, and it’s worth adjusting the asset allocation a little bit.

Heresy, I know. I haven’t done the research on this, but I suspect that timely shifts in asset allocation can make a big difference in performance over the years. You don’t have to top-tick things, you just have to get it in the ballpark.

And no, I’m not worried about the coronavirus. I mean, I am, but it’s a one-time hit to global GDP, not something we’re going to be dealing with on an ongoing basis. But in the interim, we’ve reached full panic mode on the coronavirus.

What’s happened over the last 10 years has pretty much been the best-case scenario. Isn’t it reasonable to expect that at some point we might get the worst-case scenario?

I’m bearish on stocks for the first time since 2017. Of course, things can always get more ridiculous, but I think we’re in the ballpark.

One last note about bonds, especially for those of you ready to act and adjust your asset allocation. I know bonds are not considered “sexy,” but that un-sexiness is what makes them so attractive. My Bond Masterclass tells you everything you need to know about bonds, including: the get-your-hands-dirty guide mechanics... a precise formula for figuring out the interest rate risk in your bond portfolio... where to park your cash for safety and yield... how to calculate the fair value of a bond... what’s going on in the ballooning universe of BBB bonds... tax implications of the different types of bonds... and much, much more.

The course consists of videos and reading material. All the modules interlock and build on each other, so you can learn in easy steps and at your own pace. And the best part is that at the moment, you’ll save 33% when you buy the Masterclass. There’s a lot more to this—click here to get all the details and to order.

If I were a conspiracy theorist, I would wonder who would benefit from the hysteria surrounding the coronavirus.  I checked the CDC site to verify that in just the US, we have between 12,000 and 79,000 deaths each year from the flu (data over the past 5 years).  globally, coronavirus has claimed 2,814 lives as of 2/27/2020.  This is a 3.4% rate as compared to the 8% typical US rate (again from the CDC).  It is sure getting a lot of attention vs the annual reality in the US.

So to my earlier question, who benefits? As we saw with 9/11/01 attacks, maybe we should look at who shorted travel/transport/tech stocks last summer. And to really go out on a limb, if you want to tank the Trump economy and influence the election, this looks like a pretty good option.  FUD to the max.

@ JD and Mauldin Econ. Please please please release more Masterclass products (with J. Dillian) akin to the Bond Masterclass. Value investing for beginners, options trading, commodities - whatever. Whatever mode of investing that can be scoped and presented in a manner similar to the bond class.

I would have thought in a weekly article you might mention a 2,000 point drop in the DJIA over the past week.