When Robinhood came into existence, it wasn't charging commissions on trades. A lot of people thought that was strange.

Then, Robinhood was opening up millions of new accounts, and competitive pressures drove the other brokerages to drop their commissions as well.

Now, as long as you aren’t a customer of one of the full-service brokerage firms, you can pretty much trade for free in the US.

This wasn’t that big of a deal to the brokerages because commissions were only a small part of their revenue. Most of an online broker’s revenue comes from net interest, securities lending, margin and, to a lesser extent, payment for order flow. If you can use zero commissions as a marketing tool to get people to open accounts, terrific.

Now at the time, there were people on the financial internet who were saying that this was a great deal for investors. “Fees eat into returns,” they said. True, but what they failed to analyze was the behavioral impact of free stock trades.

When something is free, people tend to overconsume it.

One of my favorite studies in human behavior is here in Myrtle Beach, at the local Minor League Baseball games.

In the second inning, they do something called the “pizza scream.” The mascot—a big, fluffy pelican—stands on the dugout with a pizza. Whoever screams the loudest wins the pizza.

The whole place goes nuts. Inevitably, they don’t give the pizza to the loudest screamer; they give it to some little kid.

One time, I said to my wife—imagine they do the pizza scream, but instead of getting a free pizza, you can buy the pizza for a dollar. One dollar!

A dollar is nothing. But I bet all the screaming would stop.

Again, when something is free, people tend to overconsume it. And that is exactly what has happened with some recent stock trades.

GameStop made national news, by the way—and so many of my friends were asking for an explainer on Facebook that I finally talked about it on my radio show. Nonfinancial people were interested in what was going on in the stock market, for a change.

None of this—none of this would have happened if trading commissions were $8.

First of all, a lot of the single-share trades and fractional share trades would disappear, because they wouldn’t make economic sense. Second of all, you wouldn’t have had the rapid-fire machine gun trading that drove the stock up to over $500 a share.

I knew last year that commission-free trading would end badly; I just didn’t know how. 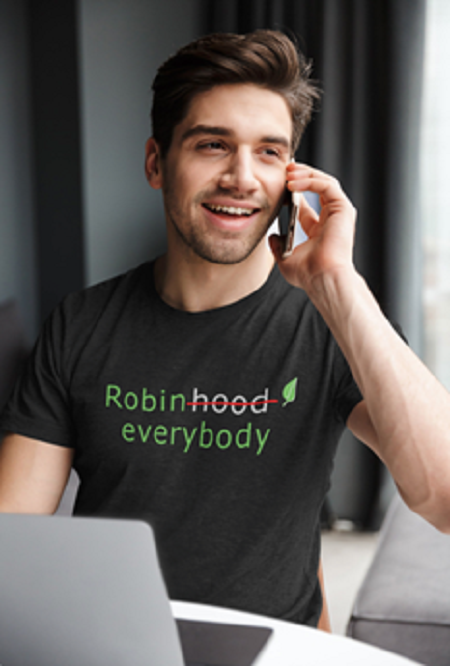 I was focused on it from a personal finance standpoint—commissions and fees provide some kind of behavioral brake on rapid trading. We want people to buy and hold their investments, and people would no longer buy and hold. The average holding period of a stock would go down, and it has.

But I did not predict that it would result in the biggest market manipulation in several decades. You have $8 commissions; all of this behavior stops.

Should the SEC require brokerages to charge nonzero commissions? Of course not; that would be stupid.

Free commissions are the result of competition, and we wouldn’t want to go back to the days of fixed commissions in the stock market. That would literally be going backward in time.

But I think we all have a role in investor education. We should tell people that if they buy a stock, they should be prepared to hold it for five to 10 years or more.

Actually, this is not the new normal. Small investors piling into things like GameStop and silver won’t be a permanent feature of our capital markets. Eventually, they will lose all their money and go back to delivering pizzas.

Last week, I talked a little bit about this retail phenomenon in the context of market sentiment. It isn’t good. Retail always piles in at the top. Every single time.

There are differences this time around—the Redditors are not trying to make money. They’re trying to break the system, but the same principle applies.

I will become interested in stocks when retail investors become disillusioned with stocks. It might be a while, but it will happen.

Set an alarm for two years from now and come back to this essay. Things will be radically different.

I fear that we will draw the wrong conclusions from this episode. We’re talking about limiting short selling, on account of the fact that 140% of the float in GameStop was sold short.

That doesn’t move the outrage needle for me. The people who participated in that crowded short with large positions were big boys. They can take care of themselves.

There is also the idea that it is generally a bad idea to play for bankruptcy when you short a stock, because the equity in a distressed company resembles an option.

I sincerely hope that regulators take a harder look at Robinhood and zero commissions, because that is where the problem lies.