On Election Day four years ago I wrote about healthcare. I explained how the Affordable Care Act, while helpful, wasn’t solving the problem, and the new president and Congress would have a chance to fix it.

That didn’t happen. Now we’re voting again while in a deep recession that is the direct result of a healthcare crisis.

The coronavirus might have hit anyway, of course. But clearly, our weakened public health system, sporadic access to healthcare, and a generally unhealthy population all aggravated the pandemic.

So, healthcare should be a big election issue. Instead, it is way down the list.

But the problems I described back in 2016 haven’t gone away… and may soon get even worse. 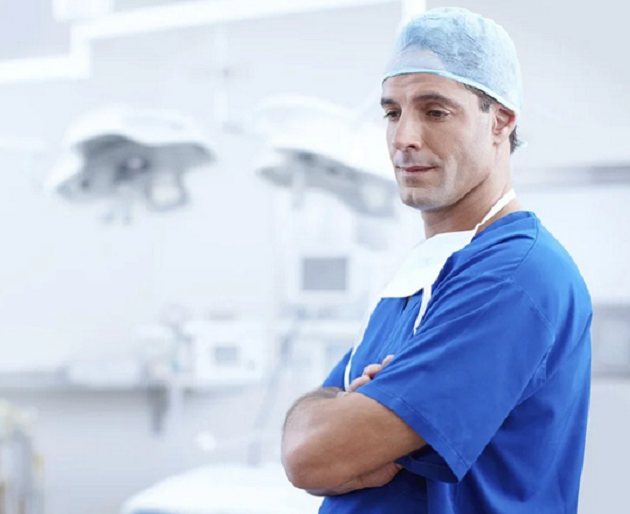 Healthcare Is the Problem

In November 2016, I wrote How Obamacare Could Have Saved the Economy. I said the inability to access affordable healthcare that covered preexisting conditions was suppressing entrepreneurship and labor mobility, thereby harming economic growth.

The Affordable Care Act was only a partial solution. It helped (and still does) many people but high costs continued to leave millions without access to affordable, comprehensive care. That’s still the case today.

Back then, the economy was expanding, albeit slowly, but we weren’t reaching potential, and healthcare was one reason for it.

Now here we are in 2020, facing a new threat to our health and stuck in a deep recession. You might think healthcare would be a big campaign issue. Our biggest problems all trace back to it.

The first problem is that the federal bureaucracy failed. Specifically, back in January/February the Centers for Disease Control insisted on designing its own test instead of using what worked elsewhere. This consumed valuable time, while the virus kept spreading to a point where “containment” became impossible.

Second, this delay forced authorities into “mitigation” mode, i.e., the business closures and stay-home orders that crashed the economy. These brute-force tactics might not have been necessary had our leaders launched an aggressive test/trace/isolate plan earlier.

Third, many people who are spreading the virus probably don’t seek treatment because they can’t afford it. This likely accelerates the spread, and would not be happening if everyone had access to affordable care.

Fourth, the US population has some of the world’s highest rates of the conditions that make COVID-19 most dangerous: obesity, hypertension, diabetes, etc. This increases the burden on hospitals and may be why our fatality rates are higher than those of some healthier countries.

So, if we want to avoid such situations in the future, we should want to improve the healthcare system. Voters should be demanding it. Yet most are more interested in other issues (which, to be fair, are often important, too).

This may prove to be a mistake, though. The Supreme Court will shortly hear a case that could dismantle the ACA and send our healthcare system back to where it stood a decade ago.

That would mean insurance companies could once again decline to cover people with even mild preexisting conditions, or charge them astronomical premiums.

And economically, it would intensify the labor mobility and entrepreneurial issues that have held back growth.

President Trump says he will always protect people with preexisting conditions. He has not, to my knowledge, said how he will do that if the lawsuit (which he supports) strikes down the ACA.

Joe Biden has a detailed healthcare plan (see analysis here) that might or might not help. We may find out, if he wins and Congress approves it.

But one way or the other, our healthcare system remains a serious economic problem. What, if anything, we do about it will have far-reaching consequences.

What You Can Do

The people in Washington will do whatever they do. We’ll see what happens.

But meanwhile, the rest of us aren’t helpless. The best healthcare plan is the one you never need to use because you aren’t sick.

For instance, we know COVID-19 is generally less harmful in young, healthy people. So try to be young and healthy.

Of course you can’t turn back the clock. But we can all try to lose weight, exercise more, eat better, and stay young at heart. These make a difference.

Recently I saw a former co-worker I hadn’t seen in months. He used to eat fast food for lunch every day. No surprise, he was overweight. But after being unemployed and stuck at home for months, he looks great. The pandemic actually made him healthier. It removed his access to fattening food.

My friend still faces a tough personal situation, but better health makes it easier to face. And his weight loss comes at a cost to the restaurants where he once spent money. All of us individually, and the economy in general, will have to adapt.

We still need a better healthcare system because even healthy people can experience accidents and disease. Maybe, once this election is out of the way, we’ll get one.