Whether you see it or not, a machine is coming for your job right now. Yes, yours.

AI isn’t that far along yet... so it’s not that the machines want your job. The threat comes from humans who build and buy machines to replace other humans, all in the spirit of efficiency and cost saving.

Ideally, we’d give the machines the chores we don’t feel like doing and find more productive, enjoyable work. Unfortunately, the world isn’t ideal.

Which means we are entering a period of major economic change. Not vaguely in the background, but up close and personal. 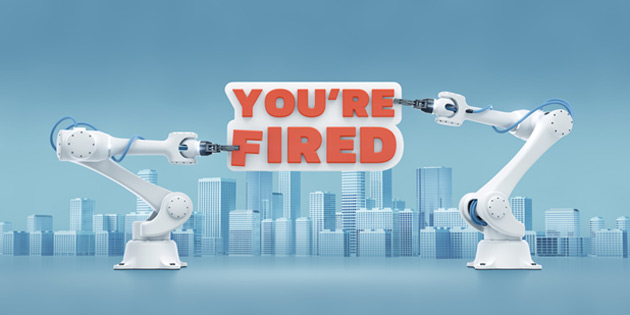 We all wear clothes (though perhaps too many) so we have to wash them. Washing machines do this for us now, but a century ago, doing laundry provided lots of jobs. 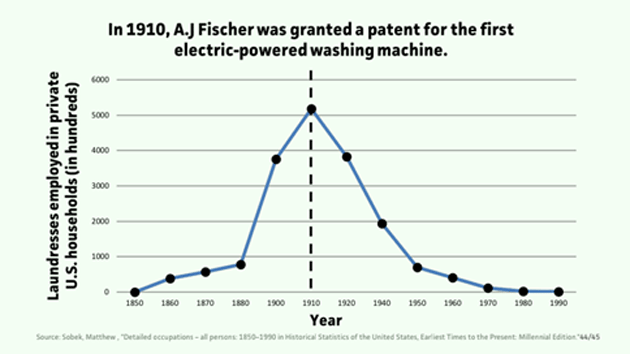 As you can see, laundress career opportunities disappeared after the washing machine’s invention. But not right away—this new technology took decades to spread. Laundresses had plenty of time to find other jobs.

This time around, some occupations probably won’t have that luxury. Technology moves faster now. Smartphones went from nonexistent to ubiquitous in five years.

Researchers and economists have been trying to get a grip on how fast all this will happen. The truth is, no one knows for sure.

But waiting to see the outcome is a bad idea. Better to prepare for the worst case.

A new World Economic Forum Future of Jobs report predicts machines will do 42% of all labor (by hours) by 2022 and more than half of it by 2025. 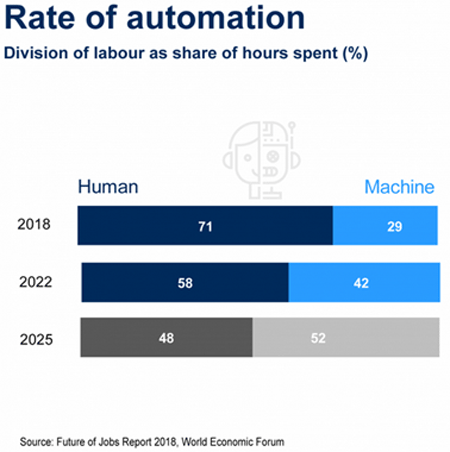 This should ring alarm bells. The year 2022 is just four years from now. If WEF is right, millions of humans will see their jobs automated in less time than it takes to get through high school. What are they supposed to do?

The good news is, new kinds of work will probably appear—work humans will still be better at. But there will be a mismatch between unemployed people and the skills needed for these new jobs. They will need retraining—and more than a little bit, says WEF.

Now, are you in a position where you can simply stop working for six months and go back to school? Probably not.

Of course, you may have no choice about the “stop working” part, but your expenses will continue. You’ll either burn through savings (if you have any), go into debt (if you can get a loan), or find some “survival job” (competing against millions of other displaced workers).

This isn’t a small problem. Karen Harris and her colleagues at Bain Macro Trends Group estimate the US will lose 40 million jobs to automation by 2030. 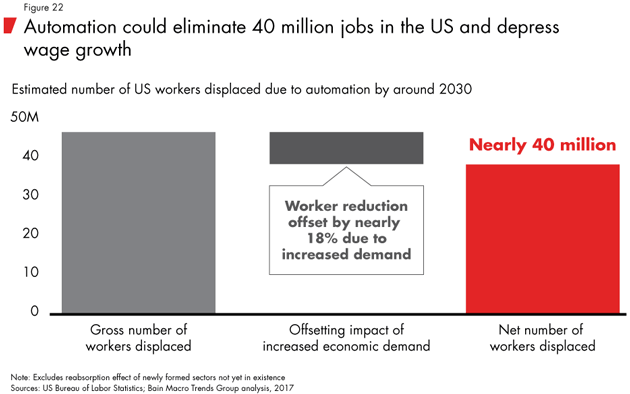 Note the 40 million figure is net of new jobs created as demand rises in some segments. Furthermore, the 2030 timeline may be overoptimistic if WEF is right.

Now add in the rapid pace of technological change. We are headed toward a period in which millions of workers and their families may be in deep trouble all at the same time. We’re going to find out whether misery really does love company. 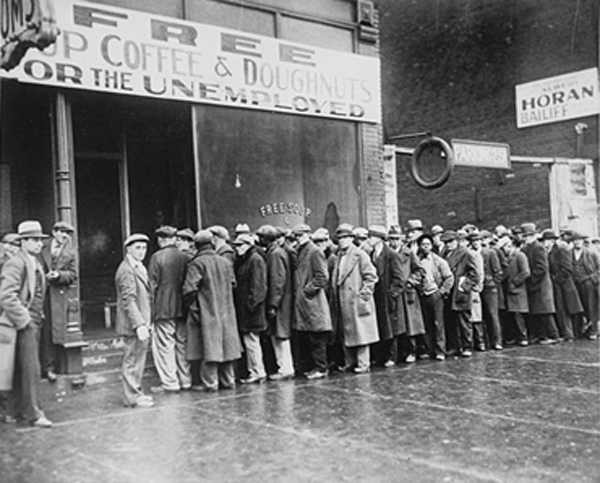 That’s Al Capone’s Chicago soup kitchen in 1931. I will let you imagine who this era’s benevolent gangsters will be.

Economically, this is both a micro and macro problem.

It’s micro for those who will lose their jobs and end up in the soup lines. They will be in a world of hurt.

But these people have landlords or mortgage lenders who won’t get paid. Merchants where they once shopped will see lower sales. The impact will cascade through the economy.

Now, to some degree, this may be self-correcting. Mass unemployment could reduce wages, making the machines relatively less attractive. But by definition, that can’t help everyone, would take time, and still leave many gaps.

On a micro level, everyone should stop assuming their current role will still exist by 2025. It probably won’t. Identify something else you can do and start preparing for it… now.

On the macro level, politicians and business leaders need to recognize what is coming and what it will do to their voters, workers, customers, and shareholders. Then find solutions.

What won’t work is to keep thinking the problem is a long way off and will take care of itself. It’s not and it won’t.

We can get through this… but not if the response is denial and paralysis.