Yay, we have a trade deal! Tough negotiations worked!

Well, maybe. It depends who you ask.

Last week President Trump and Liu He, China’s vice premier, met at the White House and may have agreed to something. The new round of tariffs that was supposed to start this month won’t happen (yet). That’s about all we know for sure.

Notably, the Chinese have a different version of events. And, since the “agreement” (if there was one) is not yet in writing—and won’t be for weeks, according to Trump himself—we’re still mostly in the dark. 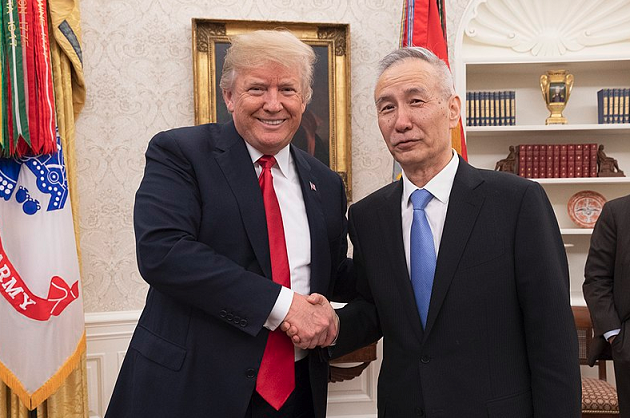 We do know this: Even if Trump and Xi ink a final deal next month, and even if it does what Trump claims, it will be nothing to cheer about.

So why did markets cheer? I think it was mainly due to the tariff cancellations. That was going to be a big problem. Now it’s at least postponed and maybe off the table. That was good news.

Nonetheless, the trade war is indeed entering a new phase. But it might not be an improvement.

We who oppose President Trump’s tariffs face a common question. Paraphrasing, it usually goes something like this: “At least he’s trying. What would you do, Mr. Smartypants?”

A fair question, and I answered it months ago.

In those articles, I agreed that China has some unfair trade policies and that other countries like the US rightly demand change. But tariffs aren’t the best way to get it.

Now Trump seems to be realizing that his tariffs are harmful. By many accounts, he was looking for a way to back out of them without appearing weak. This will be an important change, if it’s real.

In the February post noted above, I explained how the US could target its ire against problematic Chinese companies like Huawei, causing less collateral damage than tariffs do. That seems to be the direction they are now going.

In the last few weeks, US authorities announced several tough measures against Chinese people and businesses, ranging from financial sanctions to travel restrictions and court charges.

This doesn’t mean the US-China trade war is over. It may mean the weapons are changing.

The problem: Beijing has ways to strike back, punishing Americans who, so far, are relatively unscathed.

Many Americans (and US ETFs and mutual funds) own shares of Chinese companies like Alibaba (BABA), which triumphantly went public back in 2014.

Let me clarify that: Many Americans think they own Chinese shares. They really don’t.

So what was that IPO about?

The shares that trade in New York aren’t shares of Alibaba. They are pieces of a Cayman Islands “Variable Interest Entity” or VIE, whose complex structure tries to duplicate the economic benefits of ownership. Alibaba actually looks like this: 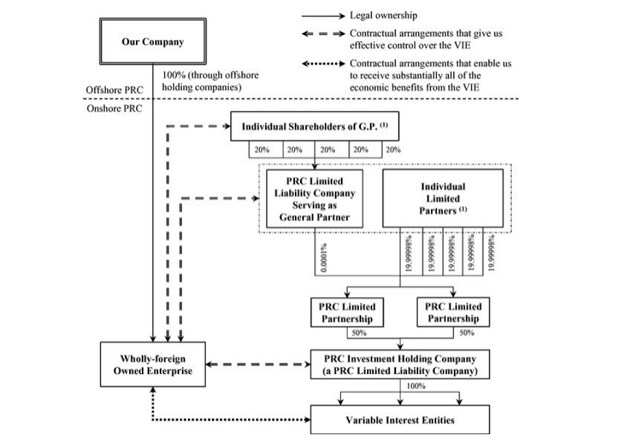 The VIE acts a lot like equity, but it isn’t. Stockholders in US companies like General Electric (GE) or Ford (F) have court-enforceable ownership rights. VIE holders don’t.

International lawyers say the VIEs are clearly illegal under Chinese law. Authorities look the other way so the country can attract Western capital. But nothing requires it to keep doing so.

So, anytime he wishes, Xi Jinping can make “stocks” like these go up in smoke …

Those six US listings alone are valued at about $800 billion, and there are dozens more.

This doesn’t mean those non-shares are doomed. But their US “shareholders” could easily become pawns in the trade war. 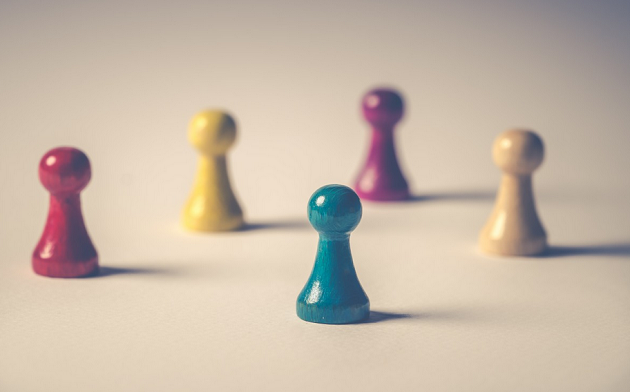 Several years ago at Camp Kotok, I asked a US fund manager who specializes in Asia stocks if this was a problem. He knew all about the VIE structure but said it didn’t bother him. Cracking down would deter US investors from ever again investing in China. He doubted Beijing would do it.

That’s a good point. The problem is twofold.

First, investors have short memories. They might forget any such move after a few years. Chinese leaders, who excel at thinking long term, might willingly take a hit in order to achieve broader goals.

Second, we now have a US administration that wants to keep American capital from flowing to China. So China might not be giving up much.

These VIEs are the kind of financial engineering that works great until it suddenly doesn’t. Investors re-learn that every decade or so. They are about due for another lesson.

Lower tariffs will be great. But the US and China still face tough, unresolved issues and both sides have other ways to hurt each other.

Don’t get caught in the crossfire.

Your cogent discussion of Social Security funding and corporate defined benefit plan problems brings to mind another large class: Military pensions.  I’d like to know just how big that class is, and what are the prospects of an unexpected revision in payments to the already retired (Like me).