If you are American and you have health insurance, you probably get it from either your employer or some kind of government program. Or possibly both, if the government is your employer.

Almost no one in the US gets health insurance on their own. We can’t afford to buy it and insurers can’t afford to sell it, thanks to our crazy patchwork system. As a result, people fall through the gaps and millions remain uninsured.

Even many who are insured might as well not be, since exorbitant deductibles leave them practically uncovered.

This is both a human problem and an economic problem—human because we don’t want anyone to suffer, and economic because suffering generates societal costs.

The weirdest part: This is a uniquely American problem. Others have solved it. We choose to let it continue… then wonder why our economy won’t grow faster.

Healthcare isn’t our only problem but it’s a big one. 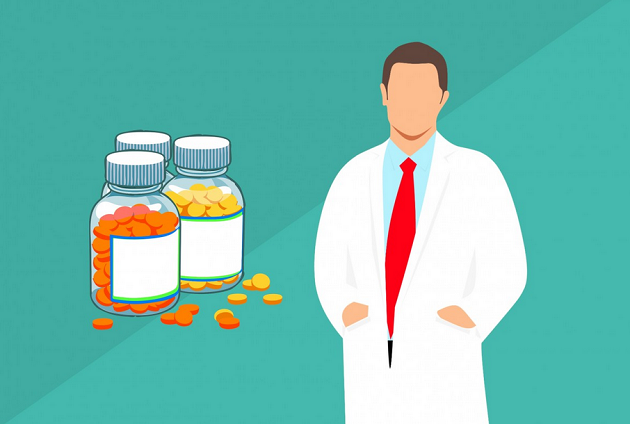 Last week Whole Foods Market, a unit of Amazon (AMZN), announced it would end medical benefits for about 1,900 part-time workers.

This seems harsh, but in fact Whole Foods was unusually generous. Few employers offer benefits to people working as little as 20 hours a week.

Still, Amazon already struggles with image problems over its pay and working conditions. Why generate more bad PR, especially when the amount saved must be a mere drop in the Amazon money river?

I have no visibility into their thinking, but I have a guess. Maybe the amount wasn’t so small, and it was growing.

Those 1,900 workers and their families aren’t a random sample of the population. Some probably took a relatively low-paid, part-time job because they desperately needed the healthcare benefits.

I personally knew someone in a similar situation. He and his wife, both in their early 60s so not yet Medicare eligible, were both on very expensive drugs for chronic (but controllable) health conditions.

Neither could find a full-time job with benefits. The wife found a part-time role that did (not at Whole Foods). She took it, and they both got the drugs they needed. Yay.

Then the hammer dropped. Their presence in that organization’s pool drove the claims ratio through the roof. The insurer raised the rates sharply, and it ended up dropping the plan for everyone. Hundreds of people lost health insurance.

I suspect something like that happened at Whole Foods.

Within that group of 1,900 workers and their dependents, there are probably a few with extremely expensive health conditions. And since employers can’t discriminate, dropping the whole plan is really their only way to control that expense.

Again, this is just a guess, but I think it’s plausible. And it wouldn’t happen in many other countries where access to healthcare doesn’t depend on employers. Everyone is in one giant group, spreading the costs more efficiently.

The other part of the problem is that those drugs are so expensive. Again, this is a problem we in the US are choosing to endure. Other countries don’t have it, at least not as severely. 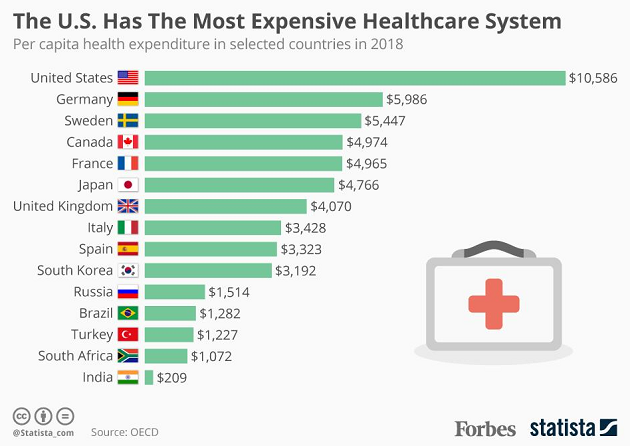 Are people in Japan, Canada, and the UK dropping like flies? No. By most any statistic you can find, they are as healthy as Americans and often more so, despite spending far less on their health than we do.

There’s no economic reason. This is politics. The people who get that $6,000 from you and me spend some of it buying influence in Washington.

The result: high profits in the healthcare sector (especially pharmaceuticals) and a lot of sick, uninsured or underinsured Americans.

These sick Americans, in turn, contribute less to growing the economy.

GDP growth is simple math: the number of workers x the hours each works x the amount each produces per hour. Our healthcare system reduces all three factors.

There are lots of ways to solve this. The Affordable Care Act was one attempt, which obviously hasn’t worked as well as envisioned.

Some people want to modify the ACA to repair its shortcomings. Others want some kind of universal “Medicare for All” program. Others want to start over.

Walmart (WMT) is entering the space, just last week opening its first “Walmart Health” center in Dallas, Georgia. It is larger and offers more services than the small clinics in other chain stores.

That may help, but I’m dubious it will change the big picture much. Walmart might actually increase sales of those $10,000 a month prescription drugs by diagnosing more patients who need them.

We should consider all these ideas, but meanwhile the US economy will keep struggling. Our healthcare system is incompatible with a sound, growing economy. The Federal Reserve can’t fix this one.

This is an outline of a health care payment system where everybody is covered and cost is controlled by market forces.

(1) Every citizen and legal resident is enrolled

(4) Subsidies are based on financial means

(7) Employers no longer have overhead of managing employee insurance

There would be a national universal coverage system, wherein each state has substantial leeway to set parameters to reflect local sentiment. Each state could choose to participate or do something else.

This system would replace employer-sponsored and other private health insurance, Medicaid, and Medicare.

A national agency would be created to manage the national system.

Each participating state would define the services to be covered for its residents.

Every citizen and legal resident of a participating state would be automatically enrolled.

There would be no premiums. This is not insurance.

Each enrollee would have an annual deductible. Deductible would be based on financial means, ranging from $0 for people in poverty to unlimited for the affluent. The deductible level should be quite high relative to current practice. An average person would pay for all of their medical care out-of-pocket unless stricken by calamity. But participating states would set deductible levels as they see fit.

There could be an adjustment to the deductible for the elderly to maintain a Medicare-like entitlement, if politically necessary.

The national agency would begin covering a portion of costs once an enrollee exceeds the annual deductible. States would establish the percentage to be paid for each covered service. These percentages would be based on financial means.

A premise is that for a market to work optimally, consumers need to be personally involved with all payments. They also need to know how much something’s going to cost and to be able to determine if the cost is competitive. The Payment System described here and Market Clearinghouse outlined later are ideas to achieve an efficient market.

The national agency would oversee a system of accounts used by patients to make payments to providers.

Every enrollee would have a payment account. The enrollee would deposit funds in their account and subsequently use those funds to make payments to providers.

Every provider would register with the national agency and would have an account for receiving payment.

All payment transactions within the scope of the national system, whether before or after deductible, would occur as transfers between enrollee and provider accounts. Every transfer would be explicitly authorized by the enrollee.

The national agency would deposit funds in an enrollee’s account when the enrollee has reached their deductible and has submitted a claim.

Private sector banks could participate in a tightly regulated role of managing the accounts.

The payment system described above would bring together a comprehensive source of data about health care transactions between patients and providers. This massive amount of data would be supported as a public good, an information clearinghouse.

Providers who wish to have their products and services eligible for payment through this system would be required to publish current price lists within this clearinghouse.

The clearinghouse would be a foundation on which the national agency and technology companies could invent applications to deliver consumer information about market pricing, review billings to detect suspicious charges, etc.

The resulting price transparency would help optimize the free market.

The data would be vigorously protected for security and privacy.

No other government or private entity would be permitted access to personalized data.

The national agency would be responsible for administration of the clearinghouse. It would use the data for monitoring and oversight to prevent abuse, etc.