Hiring managers have had a rough couple of years. If that’s you, I have bad news: Don’t expect much improvement in the labor shortage.

Wishful thinking abounds. Many thought COVID benefits were discouraging work. Yet hiring got no easier after the benefits ended. Wages kept rising, too.

Then as recession concerns increased, some said rising layoffs would swing the pendulum back in employers’ favor. Yet last week The Wall Street Journal reported many laid-off workers are quickly finding new jobs, often at higher pay.

Like it or not, the pendulum has swung in workers’ favor. It’s a long way from swinging back.

Humans tend to deny problems we’d rather not face. This doesn’t make the issues go away. It often makes them worse.

Business owners and CEOs aren’t exempt. A bunch of them are in denial, too… and their denial is a problem for everyone. 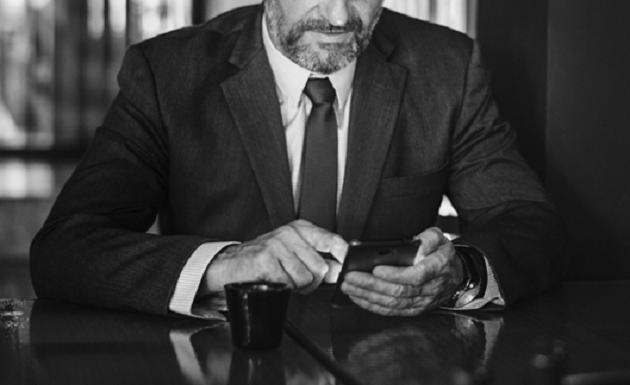 Millions dropped out of the US labor force when COVID struck, and relatively few have come back. No one is quite sure why.

Economist Dave Rosenberg pins it on a combination of demographic factors (i.e., the Boomer generation aging) and a COVID-induced increase in early retirements. Strong stock market performance convinced many they could stop working and live off their assets.

Dave thinks many of those people are overestimating their wealth. But he’s also unsure it will solve the problem. This is from his Aug. 25 morning letter:

With more pain expected in the equity market ahead, it is likely that some of these early retirees will trickle back into the workforce as they realize financially supporting themselves using their stock portfolios is not feasible. However, in general, labor force participation is expected to remain lower over the long-term as Baby Boomers continue to exit the workforce amid depressed fertility rates and meager immigration growth (both of which contributed to population growth in 2021 ringing in below 1 million for the first time since 1937). And with the share of people aged 65 and over expected to climb from roughly 18% today to 23% by 2060, the labor force pool is likely to continue to suffer. 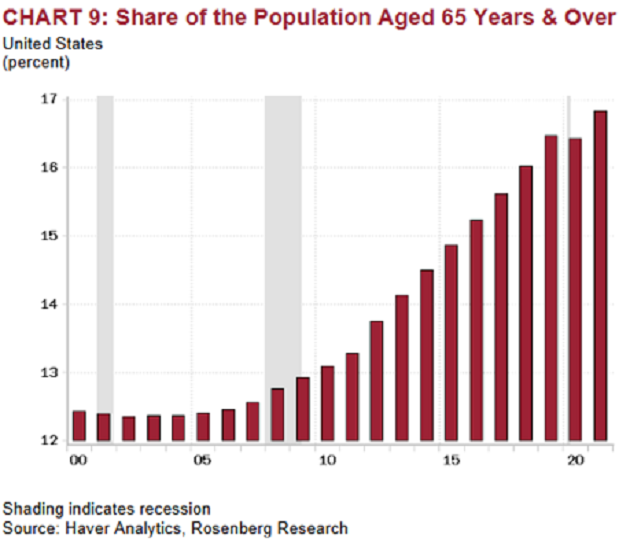 This dynamic will have diverging effects in the short-run versus the long-run. In the near-term, fewer productive workers contributing to economic growth will stifle real GDP, ensuring the recession is more severe and the proceeding recovery is weaker than pundits are anticipating. However, a small labor force pool will incentivize employers to opt for automation where possible—thus adding fuel to the secular uptrend in labor-saving technologies, automation, and capital formation—a development that has been underway for decades but was accelerated with the onset of the COVID-19 pandemic. All in, this dynamic will contain wage inflation and could reverse the explosive earnings growth the economy is currently confronting.

In sum, he says the labor shortage will continue for now, constraining economic growth and deepening the recession. But it will also incentivize employers to invest in automation and other labor-saving technologies, eventually bringing the labor market back into balance.

Dave doesn’t say how long this process will take. I think it will be years… but don’t take it from me. Take it from a major employer who would know.

If any large, labor-intensive business were going to seriously automate, it would be McDonald’s. Fast food is exactly the kind of repetitive, systematized work machines do better than humans… in theory. In practice, maybe not.

“There’s a lot of interest around what you can do from an automation standpoint,” he said on the company’s second-quarter earnings call on Tuesday. “We’ve spent a lot of money, effort, looking at this. There is not going to be a silver bullet that goes and addresses this for the industry.”

Robotics, he said, are good at “garnering headlines,” but “it’s not practical in the vast majority of restaurants.”

“The economics don’t pencil out,” he said.

Automating restaurants is easier said than done and isn’t simply a matter of buying a few robots and some artificial intelligence software.

What’s more, many restaurants weren’t built for that sort of thing. “You don’t necessarily have the footprint,” Kempczinski said. “And there’s a lot of infrastructure investments that you need to do around your utilities, around your HVAC systems. You’re not going to see that as a broad-based solution anytime soon.”

This could change. Maybe the economics would “pencil out” if wages rose high enough, or automation costs dropped low enough. But Kempczinski apparently doesn’t foresee it in the near future.

Meanwhile, the white-collar job market has its own issues.

COVID turned many desk jobs into work-from-home jobs. Workers found they liked it, and now are resisting back-to-the-office ultimatums. Even big, well-managed companies like Apple (AAPL) are struggling to repopulate their offices. Work-from-home looks increasingly like a permanent change.

I think most workers would gladly return to offices if their employers would show them why it makes sense. Many aren’t doing so. From Axios:

Employees often don't understand why they need to come into work—especially when they arrive and wind up doing a lot of Zoom meetings, said [Erin] Grau, who works with employers on best practices around remote work.

And, often times, CEOs just don't have good reasons, she said—adding that they cite vague notions like "culture" or "mentorship," but when pressed they don't have clear plans for fostering either. "Bringing employees together for ‘culture’ without doing any of the work is lazy."

"If you're relying on the water cooler for the best ideas in your company to be surfaced ... you are doing something very, very wrong," Grau said.

How can so many managers be so clueless? Maybe because their careers began in an era of abundant labor. They learned a certain set of attitudes and practices.

A generation of managers always had multiple applicants for every job opening. Now they don’t. If this continues—as seems likely—their methods will need to change.

Change is hard for everyone, even CEOs. They’ll have to learn… or shareholders will pay the price.