Imagine an alternate history in which Donald Trump lost the 2016 election.

That’s not far-fetched. Hillary Clinton would be president right now if 77,744 Midwesterners had voted differently.

It didn’t happen that way, but assume for a minute it had. What would be different?

Well, if Republicans had kept at least partial control of Congress, the gridlock would have kept taxes and spending from changing much in either direction.  There wouldn’t have been even the mild fiscal stimulus that boosted growth in 2018.

Another difference: Jerome Powell wouldn’t be Fed chair. Clinton would probably have given Janet Yellen another term and not agitated for lower rates as Trump has.

Combine those two, and a long-overdue cyclical recession might be already in progress—maybe not as bad as the last one but still painful, and a Democratic president would be taking the blame.

Republicans might smile at that idea, but it’s a fantasy. Reality is quite different. 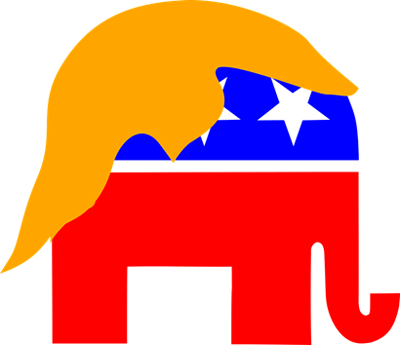 An even bigger difference in our hypothetical Clinton administration: We would not now be in a trade war against China or anyone else. Globalization would still be reversing, but without the US government’s help.

For instance, Clinton wouldn’t have withdrawn the US from the Trans-Pacific Partnership, and Congress would likely have approved it. This giant, united front would have forced Beijing to actually negotiate, instead of waiting out Trump’s unilateral executive actions.

TPP had serious problems. Certain US industries bought favors for themselves, to the disadvantage of others. But Trump’s alternative is even worse. His tariffs are raising prices for American consumers while his policy chaos makes business planning impossible.

The ironic part: Republicans know this.

Many GOP elected officials and business leaders alike dislike Trump’s trade policy. They know how harmful it is. They often mute their criticism because they need other things from the White House, but then work quietly to soften the blow.

The problem is, there’s only so much they can do.

Trump’s trade moves rely mostly on executive power previous Congresses gave the president. A few bills have been introduced to take back that power, but they’ve gone nowhere. The votes to pass them don’t exist.

Could the GOP’s business wing and its Congressional supporters find the votes? I think so. And they could probably get Democratic support, too and end the trade war right now. But they don’t.

That tells us something important. 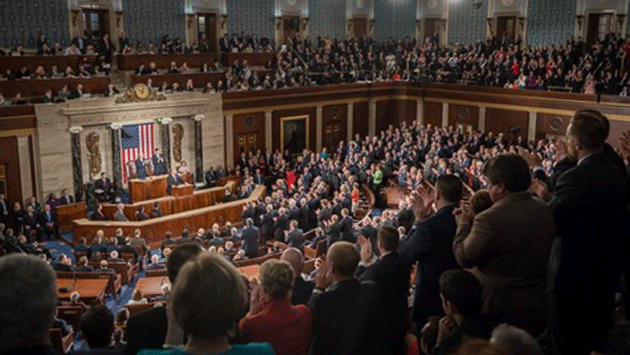 Republicans who now complain about Trump’s trade policy shouldn’t be surprised. He was crystal clear about it in the campaign. What were they thinking?

Maybe they thought he wasn’t serious. Or possibly they believed him but assumed they could stop him from keeping that particular promise. Both were wrong.

Now, there is no doubt the president is a firm, unapologetic protectionist. If you are a Republican senator or representative, you may not like it but the last thing you need is for Trump to attack you on Twitter.

That will make the 2020 campaign really awkward for some Republicans. Their message will go something like this:

“Tariffs and trade barriers are wrecking our economy and we must re-elect the president who will impose more of them.”

Sound bananas? It is, but not entirely so. Politics is all about compromise. No president delivers everything every supporter wants. So free-traders could support Trump if they think he will deliver something else that compensates.

What that would be, I don’t know. I think it was tax cuts last time around. Or conservative judicial appointments.

This time? Your guess is as good as mine. But the effect is the same. 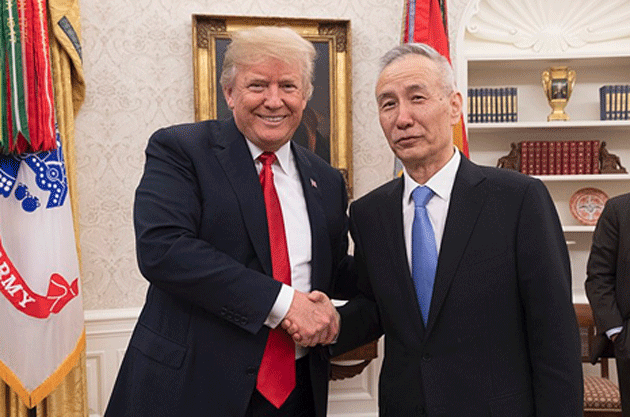 Trump is now president largely because he convinced many people nothing would be worse than a Clinton presidency. And if that’s your belief, you can logically accept anything else, no matter how harmful or repugnant you believe it is.

Trump will vilify whomever the Democrats nominate, and almost all Republicans will set aside their concerns about trade war and everything else. They will embrace him because, in their minds, the alternative will be unthinkable.

And given how Electoral College votes are distributed, that may give Trump four more years in office… which would mean (among other things) four more years of trade war.

So we know two things:

As noted, this will be awkward for some. Supporting the Republican ticket will mean you support the trade war or at least tolerate it. That will cause serious cognitive dissonance on the right.

But no matter how the election goes, the (relatively) free trade that prevailed before 2016 isn’t coming back. Trump has sown too much distrust, damaged too many relationships. The world now knows what US voters are capable of accepting and will suspect (correctly) we might do it again.

That, on top of the technological trends encouraging local production, may be the nails in globalization’s coffin. Changes that should have unfolded over decades could happen much faster.

Very interesting conjecture, but it does not reflect reality.  Many years ago a professor once told the class that you always need to know a speaker’s/presenter’s bias to put it in context.  It is hard for me to determine your bias, maybe because you are trying to be objective.