In The Terminator films, we were told Skynet became self-aware at 2:14 am on August 4, 1997. Bad things followed.

But let’s talk about this self-aware idea. It’s the same deep philosophical question that led René Descartes to his famous Cogito ergo sum conclusion: “I think, therefore I am.”

The next question: What am I?

Descartes went on, “I am a thing that thinks.” And that’s really all you can know for sure. Everything else goes through the senses, which can deceive you—a concept further explored in The Matrix trilogy.

But back to The Terminator. Skynet was initially just a collection of individual computers and weapons. They communicated and then combined into a single unit. This new entity realized it was a thing that thinks. Now self-aware, it acted in self-interest, which wasn’t good for humanity.

In financial markets, investors sometimes form a kind of collective consciousness. That’s how we get manias and bubbles. The whole becomes more powerful than the sum of its parts.

The same holds for workers: They’re stronger when they act together. But now something new is happening. Even without formal organizations like labor unions, working people are realizing they can achieve more when they’re united.

You’ve heard about “the Great Resignation.” The labor shortage is encouraging workers to seek better positions. They’re doing it, too. A record 4.4 million Americans quit their jobs in September.

If this attitude jumps from individual to collective, the economy will be in a whole new ball game. 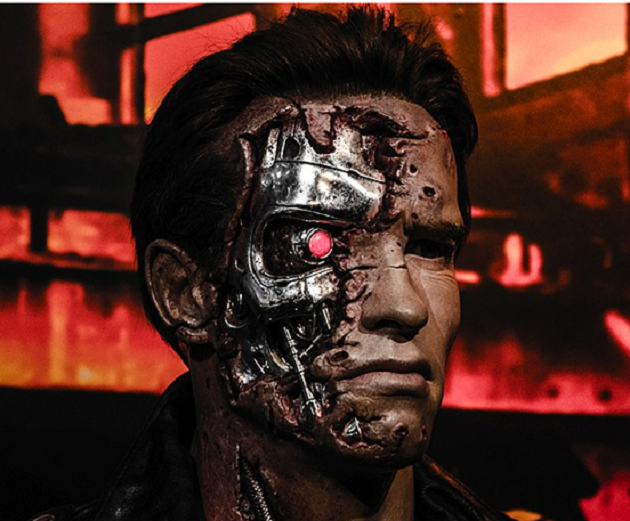 Just a few months ago, many otherwise sensible analysts were convinced the labor shortage would ease once the government stopped paying people not to work.

That never made sense to me. I attributed it more to longer-term demographic forces. And as it developed, ending extra unemployment benefits didn’t magically produce more workers.

Many giant corporations depend on a steady flow of workers willing to do hard jobs for low wages. Until recently, this model worked well. The US had millions of working-age people who needed such jobs. Now it has fewer.

This has upended the previous employer-employee relationship. Instead of multiple applicants for each position, companies now have multiple positions for each applicant. They need to evolve. Many aren’t.

This month, The Washington Post ran a gripping account of events at a Bradford, Pennsylvania McDonald’s. The local franchise owner had been losing workers, but not enough to force a significant wage hike.

Eventually, though, the rest of the team became self-aware.

Dustin Snyder was tired of the low wages, the 60-hour workweeks, and the impossible-to-please customers, and so, in early September, the assistant general manager at a McDonald’s here drafted a petition that laid bare months of building anger and frustration.

“We are all leaving,” his petition threatened, “and hope you find employees that want to work for $9.25 an hour.” Nearly all of his two dozen employees had signed it. A few added their own flourishes…

Dustin, 21, could feel his heart pounding in his chest as he fed the petition into the fax machine in the McDonald’s office, punched in the number for his bosses 80 miles away in Buffalo, and hit send. Another low-wage worker rebellion in a season full of them…

Soon after Dustin sent the petition, the phone was ringing, and the regional supervisor in Buffalo was demanding to know who was behind it. Dustin’s first instinct was to panic and plead ignorance. An hour later, he called and confessed.

“I was trying to get better pay for my people,” Dustin said.

“There are better ways to go about this,” the regional supervisor replied. She had been thinking about boosting pay at the Bradford McDonald’s, she said, but she was not going to give in to threats or give up control. Because of the petition, no one was getting a raise. If the workers did not like it, they could quit.

That’s what they did, but not individually. The young manager explained that he was going to leave and asked if others would join him. Here’s what happened next.

Initially, there was silence. Then seven of the nine raised their hands. Two who decided not to join took seats at a table in the empty restaurant. The rest tossed aside their headsets and abandoned their posts at the drive-through and registers…

Dustin’s anxiety, which had been building since he sent the fax, began to ebb. His co-workers were ebullient. “It’s a walkout,” one yelled as they headed out into an economy where low-wage workers, long-accustomed to feeling scorned, ignored, and invisible, were realizing they suddenly had some agency.

The workers acted together in a way they couldn’t have done individually. Kind of like Skynet.

Did they get what they wanted? The original group found new jobs at higher pay. The restaurant limped along with substitute workers and then raised wages as the departed workers had asked. So the walkout worked, but not for those who initiated it. And the whole thing could have been avoided if the company had just raised wages sooner.

Of course, this is just one incident. But every big trend begins as a small one. 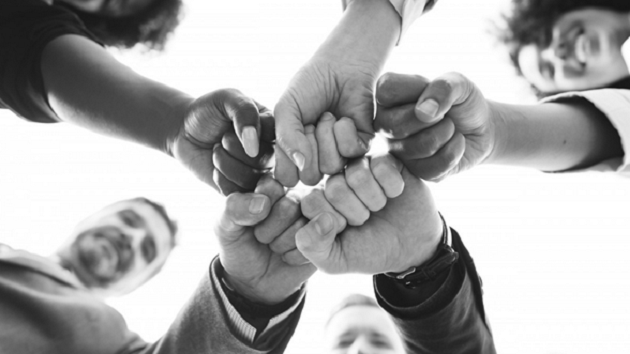 A decade later, Poland left the Soviet bloc, with Walesa becoming the country’s first freely-elected president. Then the Soviet Union itself collapsed amid its economic system’s fatal flaws.

I’m not predicting such change in the US. These are vastly different situations. But like then, a growing number of workers think the system is aligned against them, and some are realizing cooperative action can force change.

This awareness is spreading. One database shows more than 1,300 strikes and walkouts since March 2020. Often these are spontaneous, not union-organized.

Some business leaders aren’t prepared for this. They will need to learn.