Technology and the economy are like an ouroboros, one of those snake-eating-its-tail symbols. You don’t know where one ends and the other begins.

Take factory automation. Are manufacturers responding to demand or creating it? Or both? In any case, the economy is changing as technology replaces human labor.

Last week, I saw a new technology at the South by Southwest conference in Austin that will, I believe, have significant economic effects. It may seem like mere entertainment at first. But I think in a few years we’ll see it is much more.

Soon, we may not know where reality ends and TV begins. 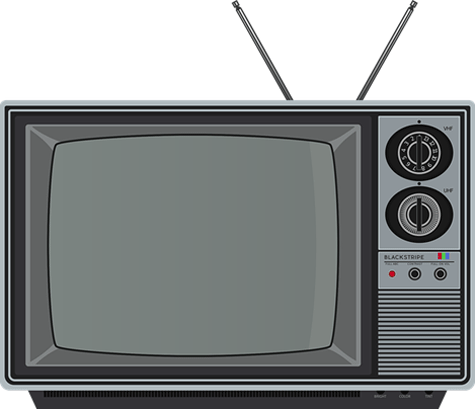 Since the 1960s, television evolved from a big box with fuzzy black-and-white picture to full color, to high definition, and now the high-quality 4K screens.

I thought 4K was the end point when I first saw it a couple of years ago. I couldn’t imagine sharper pictures. I was wrong.

At SXSW, I saw a demonstration of Sony’s new “8K” video technology. That number is a little deceiving. 8K isn’t just twice as good as 4K—it is a dramatic leap.

To show 8K’s difference, Sony set up a 440-inch (almost 32 feet) 8K screen inside a warehouse near the Austin Convention Center. Imagine a high-ceiling room about the size of a double garage, one wall covered by one of those football stadium jumbo screens.

Except, you’re right in front of it, and it is way sharper than a stadium screen.

The 8K screen consists of LEDs that are each 0.003 millimeters square—about the size of a human hair. The result is a resolution I don’t have words to describe. It is the closest thing to reality.

The demonstration had content from NHK, Japan’s public television network, as well as a Sting and Shaggy concert. It was really like being in the front row. 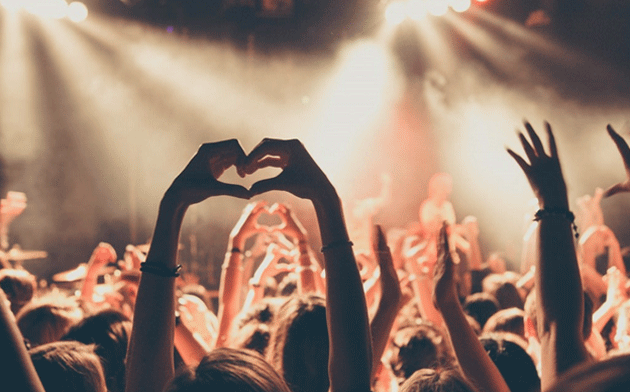 In 2017, I wrote about a weird virtual reality experience at SXSW. Last year, I visited a “mixed reality” coal mine. This time, I watched a few more VR films and tried some games. They were fun, but still not ready for prime time.

In VR, you put on a mask and headphones to enter a virtual world. It may be interesting, but you’re also cut off from everyone around you. Even in real-time games and chat applications, you mostly interact with other people’s avatars.

There’s presently no way around this. Two people who are both in VR can’t look directly at each other because the VR gear covers their faces. So it’s a big limitation.

That limitation didn’t apply in the 8K theater, and I suspect Sony chose a concert video specifically to highlight it.

A concert isn’t just you listening to music. It’s you plus the people around you, all experiencing the music together. The crowd claps, dances, sings along. It’s a communal event… as is much of real life.

VR can’t duplicate that atmosphere. 8K can—and did, at least in the demo I saw. That has lots of practical applications right now, and more in the future.

For instance, imagine a room with a giant 8K screen not just on one wall, but all four walls and the ceiling. With you in the middle, it would be almost like the Star Trek holodeck.

Now, that’s just the screens. The back-end technology to generate and constantly update images to that degree isn’t ready yet. But it’s coming, and probably faster than you think.

You could do things like, say, “visit” a far-away city.

Here’s a pic of me and my wife, Grace, in front of a famous Tokyo temple. But we’re not in Tokyo. We’re in front of the 8K screen in Austin, Texas. 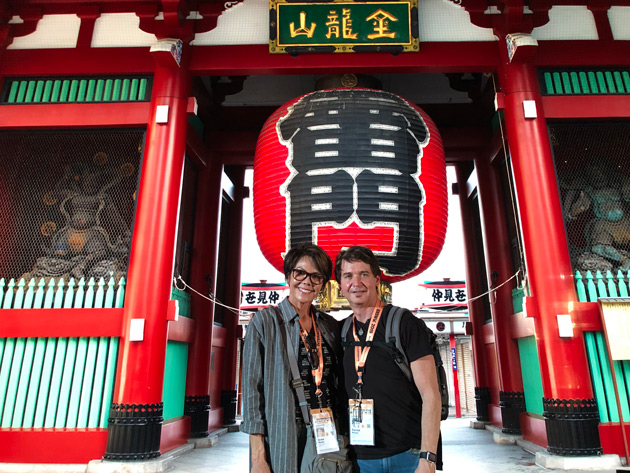 Note, this isn’t Photoshopped or otherwise enhanced. That temple picture was really behind us, and it looked strikingly real. (Far better than you see now, in fact. Neither the iPhone that took the picture nor the device you are reading this on can render 8K quality. So I can’t show you the full effect.)

Perhaps not by coincidence, NHK has a program called Somewhere Street with VR-like walking tours of major cities. It’s fun to watch just on a regular TV screen. In a small way, you feel like you actually went there. An 8K room like I described would be even better.

All this is happening now. It’s not science fiction, and it has important economic consequences.

As I’ve written, technology is gradually slowing and reversing globalization. The advantages of manufacturing goods far from the consumer are disappearing, while increasingly realistic communications make distance less of a barrier.

The opposite of globalization is localization. Technologies like 8K and VR are making it possible to do things right in your own home city that once required travel across the globe.

That doesn’t mean we’ll all retreat into walled cities and stop traveling. But it will change the economy. We may move around less, even as we interact more.

Less physical movement and more electronic movement will require an entirely different kind of infrastructure. Technologies like 8K will be part of it.

The exact nature of all this is unpredictable. We just have small glimpses for now, but change is certainly coming. Whether we like it doesn’t matter; it’s happening. You can either dread it or take advantage of it.

Not so sure, Patrick.  Whilst 8K TV is undoubtedly another great step forward, I am convinced that Virtual Reality will be absolutely huge within a decade, and that it will then start to reduce the demand for physical travel.  Until they develop convincing 3D TV, I’m pretty sure that VR will provide a much better “virtual” travel experience than “surround” TV, whatever the resolution.  Whilst I have some reservations about VR games, where the virtual motion won’t match the reality of your other senses, I doubt this will be a problem for virtual travel. Once the technology is available at a reasonable price it would be simple to create good quality 3D Virtual Tours, and the places you have always wanted to visit will be available at any time for the price of a movie ticket, without leaving home.  Clearly we’ll know it’s not “real”, but you’ll hardly be able to tell the difference.  And although the virtual food may be a little disappointing (or an advantage in some places), the lack of crowds might more than compensate for that.  Unfortunately, the technology may have a dark side though, as I suspect that VR addiction could well become a bigger problem than the drugs of today.

“For instance, imagine a room with a giant 8K screen not just on one wall, but all four walls and the ceiling. With you in the middle, it would be almost like the Star Trek holodeck.”

Very easy to imagine. Ray Bradbury described it to us very well in his dystopian novel “Fahrenheit 451”