Such circular thinking leaves out other important issues, but the economy is certainly high on the list.

A wealthy Republican recently told me President Trump has this election already won, thanks to the strong economy.

He associates mainly with people like himself, and their economy is indeed great. Not so for everyone.

What will matter in the election, and therefore the economy, is how many people think they are in good or bad condition, and how they vote.

Note also: Perception often outweighs reality. People can be poor and happy, or wealthy and unhappy. This affects voting, too.

Whichever side you’re on, don’t be too confident. The decisive issues may not be the ones you think. 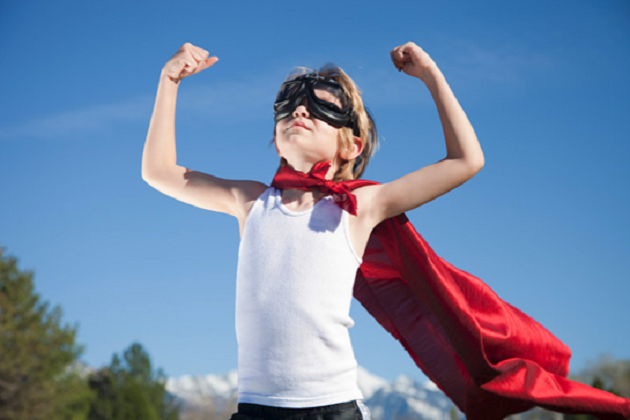 Last October, the Financial Times and the Peterson Foundation began running a monthly US Economic Monitor poll. They engaged a top Democratic and top Republican polling firm to jointly ask likely voters how they perceive the economy. So, while all polls have bias, this one seems better than most.

“The latest survey shows two-thirds of likely voters believe their finances have not improved since Mr Trump took office.”

That sounds bad for Trump. But the statement, while accurate, doesn’t tell the whole story.

The question was: “Since Donald Trump has become President, would you say that you are financially...”

Here are the responses in their national sample.

So if you combine “no change” with the two “worse off” categories, then yes, 65% believe their finances haven’t improved. The FT report was correct.

But you can read it another way. Add the top three responses and 71% believe their finances haven’t worsened under Trump.

Equal numbers (14%) think they are “much better off” and “much worse off” under Trump.

That number has been more volatile on the “better” side, ranging from 12% up to 18% since October. The “much worse off” responses were more consistent.

This suggests people who feel better off can easily lose their confidence, whether conditions actually worsen or their perception changes.

Based on what we see now, Republicans shouldn’t be sure a strong economy will re-elect Trump. Nor should Democrats expect a weak economy to defeat him.

The FT-Peterson survey reveals something else important: what makes people nervous.

The poll asked people which, from a list of problems, they think is our biggest economic threat. Trade and healthcare topped the list every month since October.

Those two issues lead by significant margins, so let’s think about them.

Back in October, survey respondents were highly concerned about trade disputes. They’ve grown less so since then. During that time, Trump signed his “Phase 1” China deal and reduced some tariffs.

Problem solved? Hardly. As I’ve explained, Phase 1 is a terrible deal that was designed to deceive. It probably wouldn’t have helped much even if the coronavirus hadn’t erupted. Now China has a great excuse to withdraw, killing whatever limited benefit there might have been.

But in any case, trade tension is far more likely to get worse than better. Trump has already shifted fire to Europe. He may think starting new fights will rally his base, and it might. Whether it will grow his base, and in the right places, is another question. This data suggests it will disturb a significant number of voters.

Trade could easily return as a top worry. But people now think, by a large margin, that rising healthcare costs are a bigger economic threat.

This might be because they just saw their insurance costs go up at year end, and the coverage got worse. Many who have to buy their own insurance are now effectively back to being uninsured. 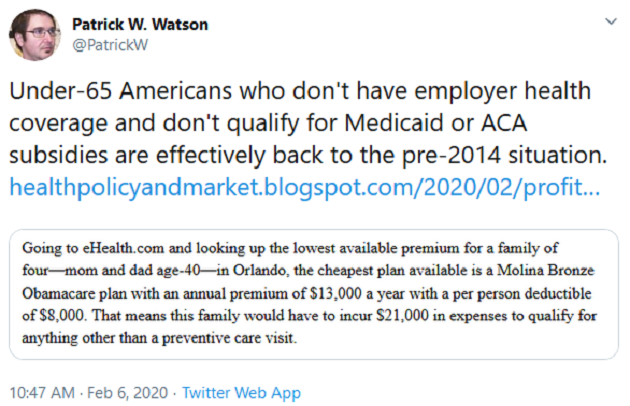 This comes on top of a 20.4% average 2019 increase in health insurance prices, according to the Consumer Price Index.

I’ve said for a long time that we must fix healthcare to get the economy on track. I explained (on Election Day 2016, coincidentally) how uneven access was stifling entrepreneurial activity.

Various Democrats are offering plans that may or may not help, but at least they have plans. Trump has to explain why this is still a problem three-plus years into his term, and what he will do to fix it.

He also needs to explain why his administration is asking the Supreme Court to invalidate the Affordable Care Act which, while flawed, still gives health coverage to millions who otherwise wouldn’t have it.

Trump is a great talker so maybe he can do this. But it will be a tall order. Healthcare is personal. People feel the pain (literally) when they can’t afford treatment. They see family members suffer. Healthcare is far more relevant to most people’s lives than, say, a rising stock market or GDP growth.

If that’s the economic issue that drives people to vote, then whoever is seen to have the best healthcare fix has a good shot at winning.