Geographic features and conditions are part of the building blocks of geopolitical analysis. And yet, the influence that geography has on a country’s imperatives and constraints can be underappreciated. Access to water is an important example. While the media and academics treat water primarily as an issue of climate and human rights, access to and control over water is a strategic imperative that has been the impetus of conflict throughout history.

Something as simple as water access can impact the geopolitical realities a country faces in multiple ways. The first and perhaps the most obvious way is sea access. Access to the world’s oceans enables a country to more easily participate in major maritime shipping routes. It also opens an additional route by which a country could project force by having a navy.

The imperative to attain and maintain ocean access can drive a country to extreme measures, including war. One major component in the War of the Pacific in South America (1879-1883) was control over access to the southern Pacific. Bolivia lost its ocean access as a result of this war and continues to this day to seek ways to recover it. A more current example is Russia’s invasion of Crimea to create a larger buffer around Russian naval facilities in Sevastopol.

Have you secured your place at The Next 4 Years: The Role of the United States in the World? If not, I invite you to do so as soon as possible—there are only a few tickets still available.

The distinguished faculty of speakers for our inaugural conference is growing weekly… with still more to be announced. Recent additions include Matthew Bryza, who served as a US diplomat for 23 years in Azerbaijan, Moscow, Warsaw, and elsewhere, and Haiyan Wang, who is managing partner of the China India Institute and was named a “New Guru” by The Economic Times.

You can hear their exceptional insights on today’s key geopolitical issues—and the insights of other top analysts—on April 5 in Washington, DC. Click here to secure your ticket before it’s too late. 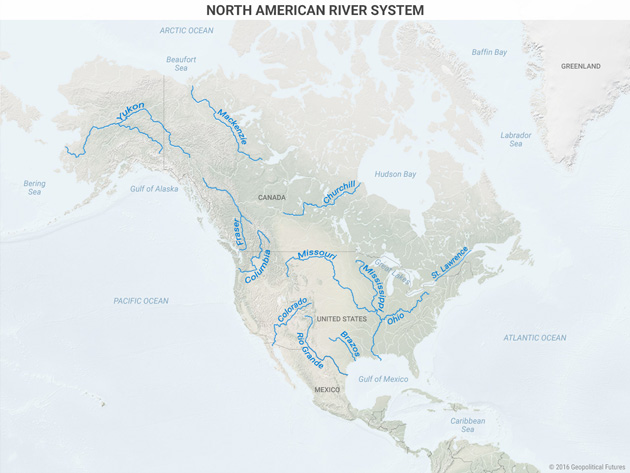 One of the most strategic riverways in the world is the Mississippi River system in the United States. Two great rivers, the Missouri and the Ohio, along with several smaller rivers flow into the Mississippi. This river system is navigable and empties into the Gulf of Mexico. That means virtually any part of the land between the Rockies and Appalachians that would produce agricultural products (and later minerals) could ship goods inexpensively through this river system and eventually to Europe.

In this case, the US acquired these lands primarily through the Louisiana Purchase, followed by a war with Mexico and the annexation of Texas. This led to the expansion of a buffer zone to the west of the Mississippi River. 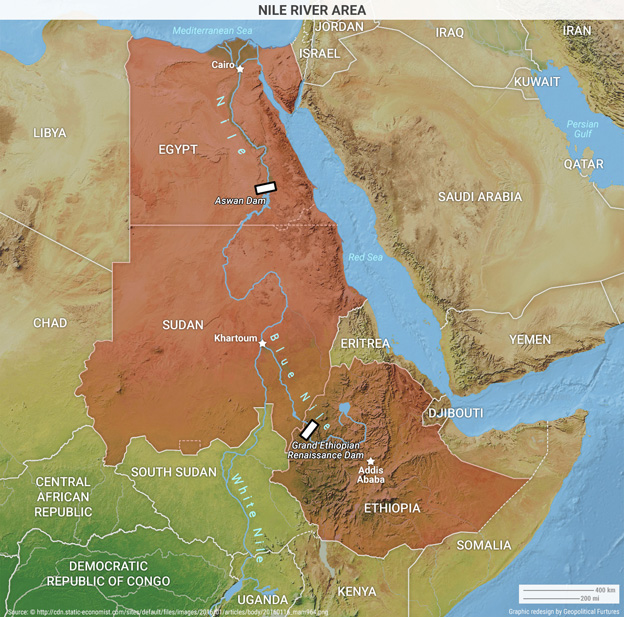 Rivers can also be sources of geopolitical power in terms of relations between states. This is the case with the Nile River. Approximately 85% of all water reaching the Nile River in Egypt originates in Ethiopia from the Blue Nile, Atbara, and Sobat rivers. Of these rivers, the most important is the Blue Nile. It accounts for nearly 60% of the Nile’s water in Egypt. Given that Egypt is overwhelmingly a desert climate, the country (especially populations near the Nile) depends heavily on the river for water and agriculture.

Controlling the source of the river’s water and the upper-most segment of the Blue Nile means that any moves Ethiopia makes that affect water flow or quality could jeopardize water access downstream. Currently, there is much concern over the Grand Ethiopian Renaissance Dam (expected to be operational this year) regarding how filling its reservoir could deplete water flowing into Egypt.

So far, this concern has been dealt with through diplomacy. However, in the mid-1870s, the Khedevite of Egypt invaded Ethiopia via Eritrea and waged war for two years in an attempt to gain control of the Nile River. 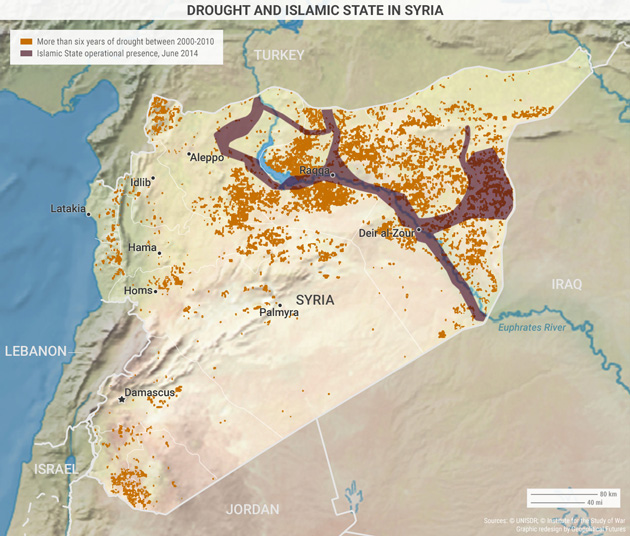 Lastly, the absence of water can indirectly lead to conflict. The map above shows areas in Syria that experienced six or more years of drought from 2000 to 2010. Prolonged droughts can decimate a region’s agriculture and livestock, exposing local food supplies to great risk.

In addition, the Islamic State took control of some of this overlapping territory only a few years after the drought. The United Nations International Strategy for Disaster Reduction published a 2011 study implying that social and economic devastation caused by drought contributed to the rise of IS. Historians have also noted a correlation between major famine due to drought in Ethiopia and the fall of regimes, such as the Derg. While drought in these cases did not serve as a direct trigger for observed violence, there is a strong correlation between the absence of water and social and economic instability.

Water serves as a mainstay component of geopolitical imperatives and should be understood as such. Access and control over waterways and bodies of water can provide strategic standing to a country. In some cases, it can even enhance this standing in terms of military projection, trade, domestic stability, and leverage over other countries. For this reason, water has an underlying geopolitical importance. Access to and control over water can be a serious source of conflict among nations… conflict that has the potential to rise to the level of warfare.