What Questions Would You Ask Janet Yellen?
What Would Yellen Do?
The Questions That Will Not Be Asked
New York, Ringing the NASDAQ Bell, and Home

The US Senate Banking Committee will hold hearings on Thursday, November 14, on the nomination of Janet Yellen for Federal Reserve chair. There will be the usual softball questions, for example, "Do you think high unemployment is a problem in the United States and if so what do you intend to do about it?" (which allows a senator to express his concern over unemployment and for the nominee to agree that it's a problem). Or the always popular question, "What is the basis under which you would continue to hold interest rates at their current low level?" – as if she would answer anything other than, "Any future policy decision is of course data-dependent" or some variation on that response. Boring.

There have been a flurry of new research papers this week by Federal Reserve economists, IMF economists, and even Paul Krugman, all suggesting various policy responses going forward, but none suggesting a return to normal any time soon. I would be far more interested in getting a response from Yellen to some of that research, but even the questions raised in those papers don't get to the real heart of the matter. So today, let's pretend we are prepping our favorite Banking Committee senator (members here) for his or her few questions. What would you like to know? In this week's letter I offer a few questions of my own.

First a brief caveat. Each of the questions below deserves multiple pages of background. I get that. There is only so much I can write in one letter. Further, some of the questions are intended to provide an insight into Yellen’s thinking and what research she considers to be relevant. Those are more the "inquiring minds wants to know" type of question. And since Senator Rand Paul is not on the committee, I have omitted some of the questions he might ask. Not that they aren't interesting and shouldn't be asked, but there is only so much space.

What Questions Would You Ask Janet Yellen?

Secondly, I know for a fact that a few Senators on this committee and even more of their staff members read my letter from time to time. I would expect that to be the case this week. I also know that I have some of the smartest and most thoughtful readers of any writer I know. If you want to address a committee staffer about questions you think your senator should be asking Janet Yellen, the comments section at the end of this letter would be an appropriate place to do so. Your comments will get read. Be polite, offer links to supporting documents, and have fun. I'm sure I've missed several important questions, including ones you'll think I should have listed, so this is your opportunity to get them in front of the right people. Whether they will get asked is a different matter entirely, of course.

What Would Yellen Do?

Now let's turn to our hypothetical hearing. (Insert a picture of your favorite senator here.) With the hope that we will get a glimpse of what a Janet Yellen chairmanship of the Fed will actually look like, let's think about what we would like to know from her.

Vice-Chairman Yellen, thank you for agreeing to attend this hearing. We have already interviewed you extensively for your present position, so I believe that most members of the committee and Senate already believe that you are qualified to be chairperson. Therefore I would like to use this opportunity to learn a little more about the thinking that goes on with regard to Federal Reserve monetary policy. In the spirit of the transparency that has been a hallmark of the Bernanke Federal Reserve, I would like you to shed a little light on the thinking and philosophy that will guide the Federal Reserve under the chairmanship of Janet Yellen. Here are a few questions that I believe we would all like answers to.

The September decision suggested a Fed more worried about the fragile recovery than about the potential for asset bubbles and other longer term problems associated with extended liquidity injections. Whereas it had originally assumed that a gradual tapering would result in a gradual market reaction, it now appears that the situation is much more binary. If so, the hurdles for tapering might be substantially higher than originally thought. 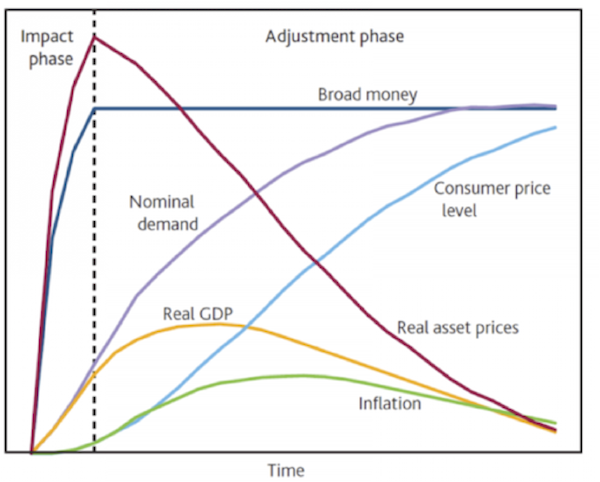 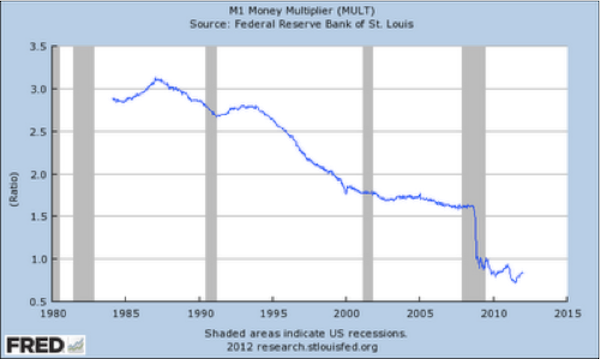 The Questions That Will Not Be Asked

The above questions will start the discussion, but I'm well aware that some of the questions I would really like to ask will have no chance to make it into the dialogue. These go to the very concept of a central bank. In my latest book, Code Red, I fully acknowledge the need for a central bank, but my view of its purpose is quite a bit more limited than is envisioned in the current manifestation. How can 12 men and women sit on a committee and think they can fine-tune the economy without creating imbalances and unintended consequences? Central banks should be for emergencies and for regulating banking institutions and making sure the playing field is level. They should not be responsible for the fate of the players on the field.

Current central bank policy has rewarded bankers and holders of assets. In an environment where everyone seems to be increasingly worried about the divide between the 1% and the 99%, our central bank has designed and implemented a policy that is explicitly rewarding the 1% to the detriment of savers and retirees. It is the rich who have assets and the poor who have liabilities. If you are looking for a reason why the spread between the rich and the poor is widening, one driver (and I admit there are others) is the central bank policies of the developed world.

Let me end by sharing the sentiments expressed by Ben Hunt this week after he had read the numerous academic papers that have recently been released. I totally share this sentiment, and he expresses it well:

I started writing this email as a detailed analysis of three monetary policy papers recently published by various Fed functionaries, papers that give a peek into how the Fed thinks about their role in the world and that have received some significant attention this week by our media arbiters of taste in articles such as "Fed Forward Guidance Proves Effective, NY Fed Research Says" and "Fed Study: Rate Peg Off Mark." Interpreting the meaning and impact of papers like this (and the media narrative around them) is a bread and butter topic for Epsilon Theory posts, as I feel a duty to read and report on these papers so you don't have to. It's not a pleasant duty.

Frankly, these papers frustrate me to tears, as they are written as post hoc "scientific" justifications of value-laden social assumptions and policy conclusions, not as an honest search for a truth that's larger than the local bureaucratic imperative. They're also … boring. As is the long analysis I wrote. So let's skip all that and go straight to the conclusion.

Spoiler Alert! The Fed believes that they are saving the world, and that any problems that persist in the world can be eliminated by doing more of what they've been doing and doing it for longer. I know this comes as a complete surprise to anyone who's been paying the least amount of attention over the past few years, but there you have it. That's what these papers say.

These papers say nothing that is terribly novel or interesting in terms of their content or intended purpose. The only interesting thing is how much media attention they are receiving and what that means. The triumphal procession of these papers is a reminder that the academic and bureaucratic capture of the Fed is complete, and that leads to what are (to me, anyway) much more interesting questions than the inside baseball topics of what these papers might imply for Yellen's policy preferences:

1) Has the academic and bureaucratic capture of US monetary policy been duplicated in other policy areas, such as national security and healthcare?

2) Is there a common academic and bureaucratic response across these policy areas to the economic and political duress of the past 10 years, such that emergency policy actions against immediate threats have been transformed into permanent insurance programs against future and potential threats?

3) Is this the common thread woven through the three most important and controversial policies of our day: QE, Obamacare, and NSA eavesdropping?

4) Are there useful lessons to be drawn from the last time we went through such a wholesale redefinition of the *meaning* of government policy, back in the 1930s?

5) What are the structural consequences for markets and investing that stem from this redefinition?

I will be flying to New York next Tuesday to join in the closing-bell ceremony that afternoon at the NASDAQ. A firm that I have a small association with will be celebrating the creation of a new ETF with the symbol ROBO, which is an ETF comprising of robotic, 3D-printing, and automation stocks. I will be writing more about this in the future, as I'm quite excited about it, but ask your advisor before you make a decision.

I will be doing some media of course while I am in NYC, but I expect to be back in Dallas Thursday evening, where I will get to read about the Yellen confirmation hearings. I am NOT expecting fireworks.

I do hope to return to more progress on my new apartment construction. I have committed to move out of my current leased place before Thanksgiving, and I fully intend to have the family and friends over for Thanksgiving; but if you were to drop by the place this weekend, you would walk away thinking I am irrationally optimistic to believe it can be finished in time. Major components are still being shipped, not even in the queue to be installed yet. A finely choreographed finale is taking shape, with workers coming and going in droves. I am excited that we are getting closer to the finish line.

I am somewhat amazed at the level of technology that has been designed into the place. Every light, media player, sound system, (powered!) curtain, security system, door lock, and fan switch can be controlled from an iPad mini. The kids are already anticipating the movie and sports watching. And there is full agreement that we will be doing more cooking and less restaurant visiting in the future. I have been kind of hoping that the new place will be a family magnet, and it may indeed turn out that the reality will be more time with the kids and grandkids. That was part of the design, so to speak.

The letter is running later than usual, so I will end here and hit the send button. Have a great week. It is Melissa's birthday this weekend, so Sunday brunch is at a new Italian place launched by chefs from Naples. I see pizza in my future.

Your wondering how the Fed gets changed analyst,