While I will have to rely on my overloaded memory and late-night notes to reflect on the dozens of one-on-one conversations I had, I am so thankful to the folks at Mauldin Economics and Altegris for recording the sessions themselves, which will let me replay the experience over and over in the coming weeks. (You can do so, too, by ordering the SIC MP3/CD Audio Set at our discounted pre-event price. It’s available here.)

Much to my surprise, after two days of mind-blowing presentations and provocative conversations about debt overhangs, monetary policy, technological transformation, and the growing bubble in investor complacency, the conference ended on its strongest note yet!

Early in the day, GaveKal Research co-founder (and Europe’s preeminent financial journalist) Anatole Kaletsky shared a handful of variant perceptions that challenged my thinking and shattered my often self-deceptive sense of certainty. Contrary to the optimistic and technologically promising view of the future shared by John Mauldin, George Gilder, Newt Gingrich, and Jack Rivkin, Anatole suggested that the jury is still out on the future path of productivity growth. The still open question about productivity (which Anatole says may take 15 years to answer) has enormous implications not only for the climax and resolution of the global debt drama but also for the very structure of the global economy in the years ahead.

Looking to the shorter term, Anatole echoed a wise but too-often-overlooked comment from Gluskin Sheff Chief Economist & Strategist David Rosenberg on day 1 of the conference. Markets move as economic activity, liquidity conditions, and valuations get better or worse at the margin… and at the margin, Anatole suggests, the great and powerful headwinds on everyone’s minds may be slowly turning into tailwinds.

He laid out a powerful and actionable view of the future that I seriously need to consider in the coming weeks, starting with this question: Is the US stock market (an asset class that tends to dominate traditional investment portfolios) at the end of a five-year cyclical rebound and due for a correction… 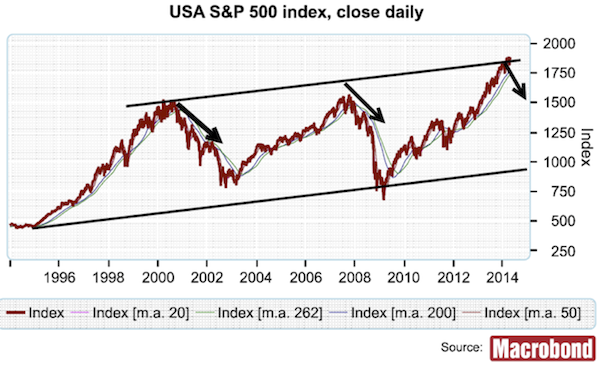 … or are US stocks finally breaking out in a structural upswing after 14 years in a secular bear market purgatory? 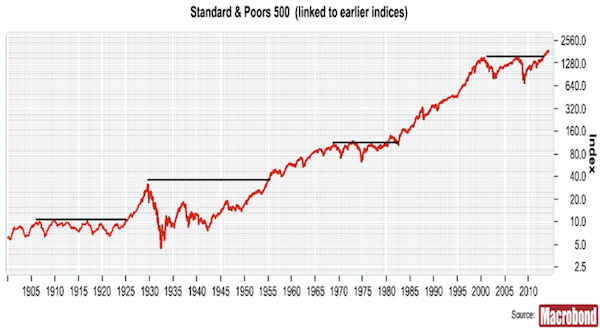 While I remain concerned about the corrosive effects of dogmatic and irresponsible central bank policy – not to mention historically elevated valuations in the face of negative real interest rates – Anatole has learned to look past emotion and ask the uncomfortable questions. These are the moments when my brain goes into overdrive, and I feel absolutely alive.

What many people do not realize about Anatole is that he draws not only on the wisdom gained from a long career but also on an unparalleled personal network of legendary investors like George Soros, Stan Druckenmiller, and Kyle Bass… to name just a few.

The day ended with a lively debate, featuring an eye-opening range of competing views, that extended our conversation from questions about global markets and economies to geopolitics. While Harvard Professor Niall Ferguson expressed worries about the global dangers of US isolationism, the degeneration of American culture, and the troubling trajectory of government debt in the face of a dysfunctional political system, Eurasia Group President Ian Bremmer argued that US ambiguity is far more dangerous than isolationism.  Hamstrung by a lack of support from the American people to enforce hollow threats over “red lines” in Syria and the Ukraine, the Obama administration has not actually said what it wants in the world... leaving US allies and enemies to assume the worst (a point that Anatole shared with great vigor).

I wish I could outline their entire conversation for you – ranging from the future of the Eurozone and the rising risk of Russian imperialism to the enormous risks of Chinese reforms – but it is time to hit the send button.

I am leaving the Golden State with more questions than answers… but then again, that’s the mark of a great conference! Hope you can join us next year, and feel free to drop me a line anytime on Twitter at @WorthWray.

1964 Dow, 750 real US silver dollars. 2014 Dow, 750 real US silver dollars. 1964 Dow was 750 paper dollars. Dow 2014, is $16,000 paper dollars. In the future people will be studying this era with great amazement that people thought green pieces of worthless paper and electrons were money. Were we insane? Yes. In real money, there is no gain in fifty years. In counterfeit currency bank debt notes from the private, secret, foreign owned central bank there is unprecedented prosperity. It’s all just a counterfeit currency money bubble of fake information, fake currency, and fake government preying on the world. Those who work all day for electrons are “victims”.

How long can the Ponzi Madoff scheme be inflated? No one knows. I have to protect myself. Good luck.

There is an error of fact in this article. The Affordable Care Act is absolutely NOT responsible for the increase in part-time jobs. The spike in part-time work took place in 2009, 5 full years before any provisions of the ACA that would affect employers took effect. Since peaking in 2010, the number of workers holding part-time jobs has actually decreased. http://www.ritholtz.com/blog/2013/10/obamacare-part-time-employment/

On day one, you mentioned Rosenberg’s concern that skilled worker’s bargaining power for higher wages could “turn the inflationary dial.” But that is obviously an example of higher prices (wages) for a more dear commodity (skills). Inflation is the result of a relative surplus of currency over goods and services. Labeling all price increases as inflation, even those resulting from movements of supply and/or demand curves greatly exaggerates true inflation – and greatly understates it in cases of price decreases. It has always bothered me that “inflation” is measured strictly as a function of retail price movement. If nothing else, it leads to all kinds of silly, imaginary phenomenon such as “wage and price spirals.”

Again as in the previous days, your sinthesis is excellent, and the conference exceeded my expectations by far, I am 67 and I am very carefull with my own time, what a good way to spend this past two and a half days!  John’s presentation was “magnifica” 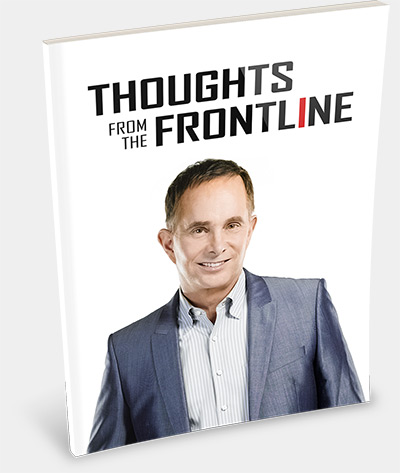